IOWA (WITI) -- Here come the brides! Together for 72 years, two Iowa women in their 90s tied the knot this past weekend.

The women held hands while seated in their wheelchairs during the ceremony. 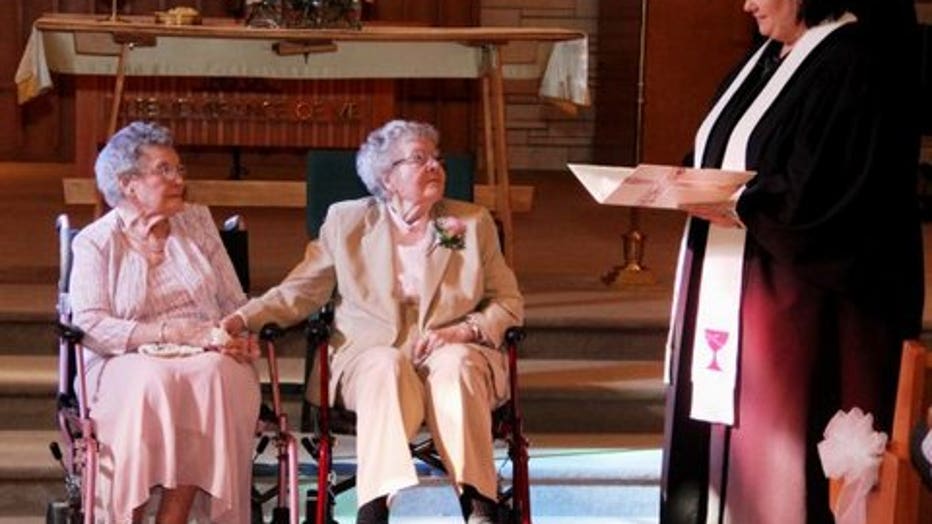 They met in Yale, Iowa and moved to Davenport in 1947. Doyack was an elementary school teacher, and Dubes did payroll.

The women have traveled to all 50 states, all of the provinces and Canada, and to England twice.

CLICK HERE for much more on this story via the Quad City Times.