MILWAUKEE (WITI) — 22-year-old Ashanti Hendricks – the man charged in connection with an incident at Children’s Hospital on November 14th -- is facing a new charge of physical abuse of a child. This, after a seven-week-old baby he was holding when he was approached by police at Children's Hospital suffered a fractured skull after being thrown or dropped.

Hendricks pleaded not guilty during a court appearance Monday morning, November 25th. An amended criminal complaint was issued against Hendricks, charging him with physical abuse of a child (repeater).

According to the initial criminal complaint, Milwaukee police officers were dispatched to Children’s Hospital on Thursday, November 14th after receiving a call reporting Hendricks was at the hospital, giving the particular room he was in, and that he had a warrant for his arrest.

Once at the hospital, officers observed Hendricks sitting in a room on a futon holding a baby.

According to the criminal complaint, the baby Hendricks was holding suffered a skull fracture after being thrown or dropped on the floor.

The criminal complaint says officers asked Hendricks to put down the baby, and officers reported it appeared Hendricks was getting nervous, as his hands were shaking and he reached toward his rear waistband.

Officers gave chase, and officers tried to grab each of Hendricks’ arms — but the complaint says he was able to break free and run into the hallway.

That’s when one officer shouted that Hendricks had a gun, and an officer ordered Hendricks to drop that gun, according to the complaint. 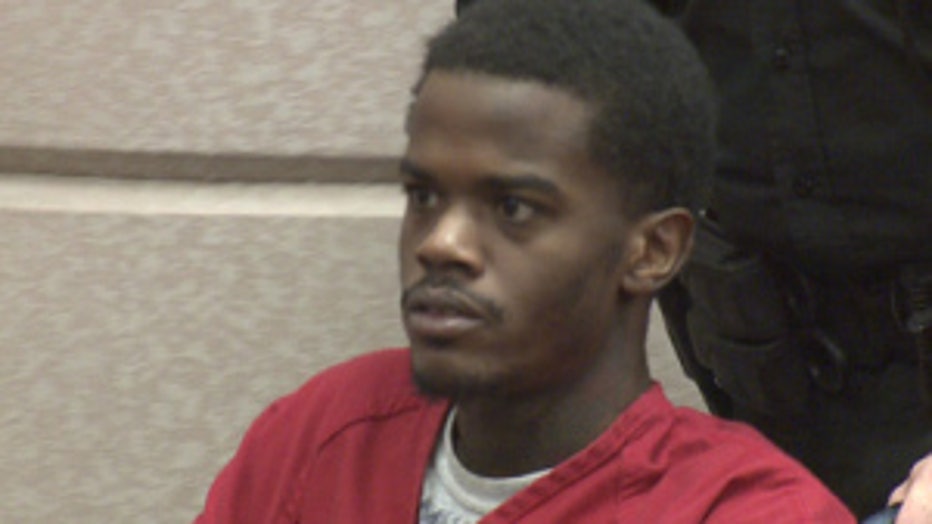 An officer fired at Hendricks, and Hendricks looked at the officers but didn’t seem to have been hit, according to the complaint. The complaint says an officer shot Hendricks a second time, striking him in the arm.

The complaint says Hendricks said “you shot me” before starting to run again, still armed with the gun.

Eventually, Hendricks laid on the floor near a set of locked doors and officers applied a single handcuff — and secured the gun, according to the complaint.

As an officer retrieved the gun, he noticed an officer and Hendricks were gone. Hendricks reappeared and an officer again ordered him to the ground. Another officer pointed a shotgun at Hendricks, and he eventually complied and was taken into custody, according to the complaint.

An officer arriving at the scene reported Hendricks was on the ground, in handcuffs, repeatedly kicking with both legs.

The amended criminal complaint says it was after all of this that the baby Hendricks was reportedly holding was checked on. The baby was found lying face up on the floor about three to four feet from the futon in the room. A doctor concluded the child was either dropped, thrown or fell from Hendricks' arms.

Recovered from the scene were a loaded semi-automatic weapon with a loaded magazine and one round in the chamber. The weapon was a Glock .40 caliber with a 15-round magazine.