RIVER HILLS -- There was a heavy police presence near Indian Hills School in River Hills Thursday, Nov. 15 as police searched for a felony suspect who fled on foot.

In an update shortly before 2 p.m. River Hills police said the suspect was taken into custody without incident. The suspect was found in a garage in the area.

Grafton police said this all began around 12:30 p.m. when dispatchers in Grafton received a 911 call regarding a robbery in progress at the Gateway BP, where a male and female entered and stole a large quantity of cartons of cigarettes. The clerk said there was a scuffle before the suspects fled. The clerk offered a description of the suspects and suspect vehicle, and the direction in which they fled.

Shortly thereafter, a Mequon police officer spotted the vehicle on I-43 southbound near Donges Bay Road, and a pursuit ensued. The vehicle stopped on Brown Deer Road near the I-43 Park and Ride lot.

At that point, police said three suspects remained in the vehicle, while a fourth fled on foot.

Law enforcement officials set up a perimeter in the area, and officers from numerous jurisdictions were involved in the search for the suspect, as was a K-9 and drone.

Police asked that people stay in their homes during the search.

Again -- the suspect has been taken into custody. Police said all of the suspects in this case might be connected to similar cases in the Milwaukee County area. 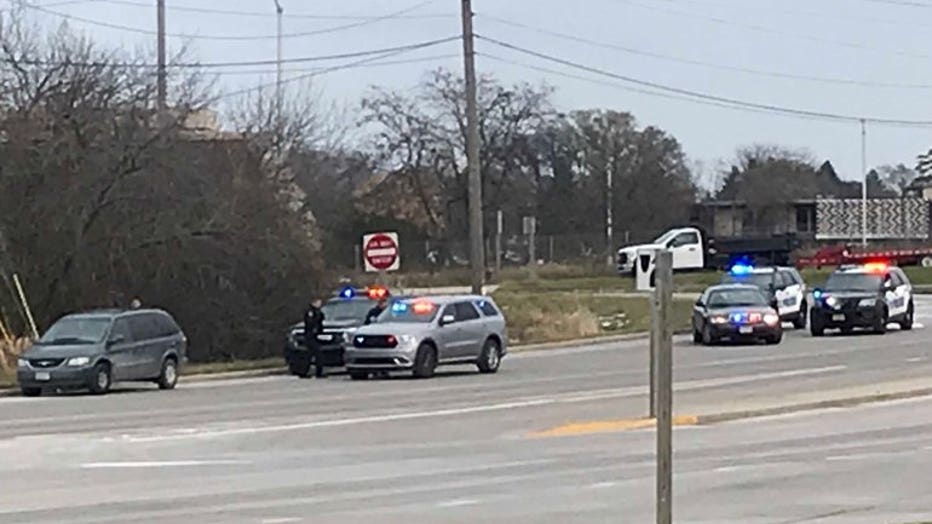