“Hearts Behind the Badge:” How you can help with effort to say `thank you` to all Milwaukee police officers

"Hearts Behind the Badge:" How you can help with effort to say `thank you` to all Milwaukee police officers

MILWAUKEE -- Lt. Joe Gliniewicz with the Fox Lake Police Department is the 24th law enforcement official to be shot to death in the line of duty this year. In the wake of this and other tragedies, a local group is rallying support around Milwaukee police officers. It's an effort to say 'thank you' to those who risk their lives every day to keep our community safe. 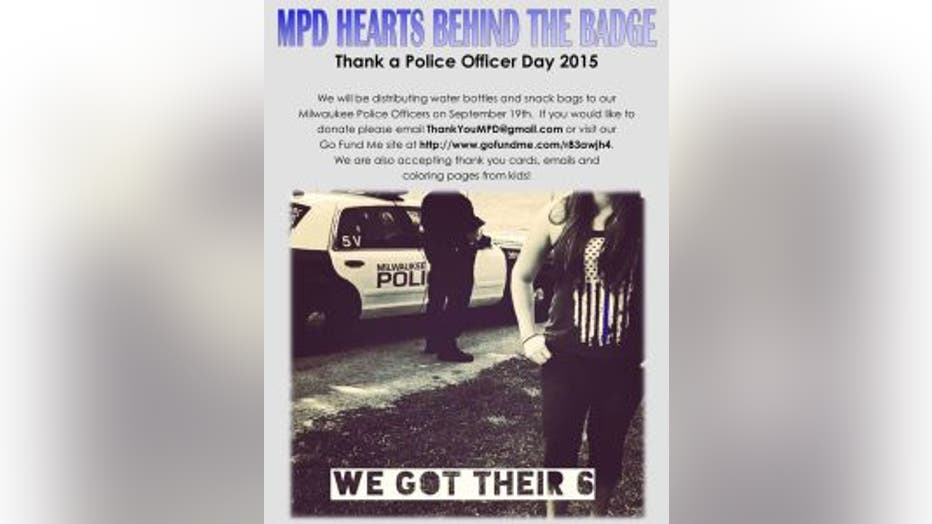 The "Hearts Behind the Badge" group plans to deliver care packages and thank you notes to all Milwaukee Police Department districts later this month -- and they need your help to make this possible.

Robyn Booth and her friend Heather both have significant others who are Milwaukee police officers.

"I just think there is a negative light on our officers right now. I think it`s really important that we do something positive," Heather said.

"A lot of sleepless nights. It`s safe to say a lot of us cry ourselves to sleep at night," Booth said.

After a similar effort during National Police Week in May, Booth decided to expand the effort on September 19th -- also known as "Thank A Police Officer Day."

"Buy some water bottles and granola bars and tie them together with some ribbon. It`s taken off like wildfire. It`s turned into a full-time job," Booth said.

"They`re individual people like you and me. They have different personalities. Sure there could be some bad (officers), but they`re not all bad," Heather said. 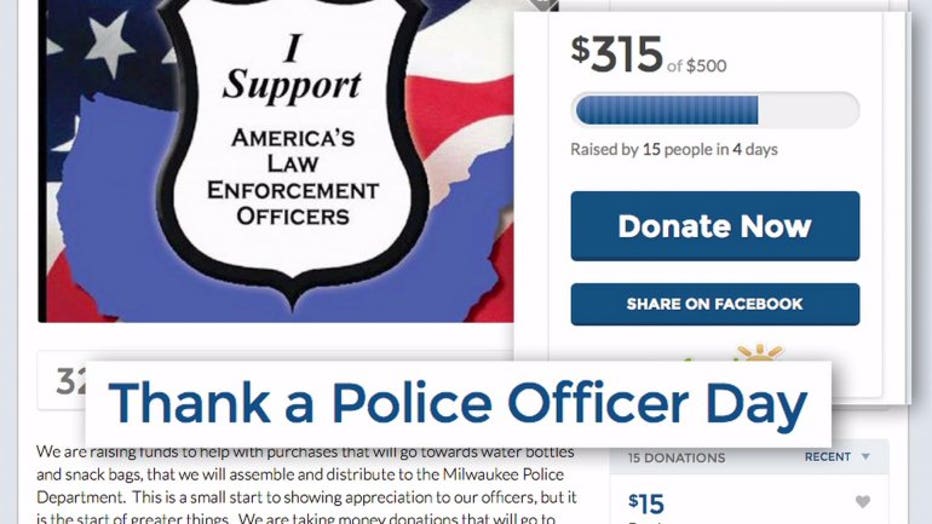 Through online fundraising, these women are trying to raise money to pay for goodie bags to give to officers -- and they're also asking for personal notes.

"Thank you cards to each officer. I think that just shows how many people are behind them," Heather said.

The notes and goodie bags will be passed along to the men and women in uniform. And after recent tragedies, like the death of Lt. Gliniewicz, Booth and Heather says it's the least they can do.

"I just get so mad that the officer lost his life and who he left behind. I think, 'what if that were me one night?'" Booth said.

"It just hurts that to know that someone could hate him and not even know him," Heather said. 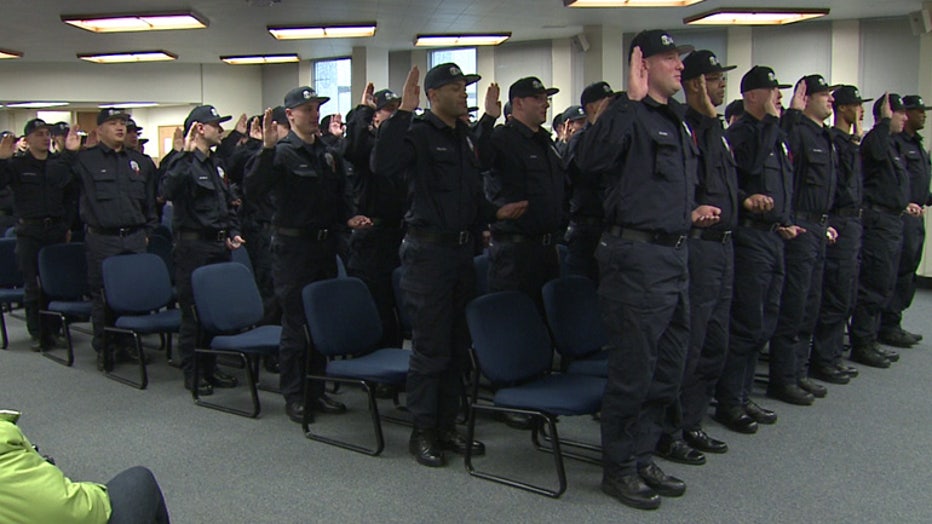 This group is made up of about 200 MPD spouses and significant others.

CLICK HERE to learn more about this effort or to make a donation. 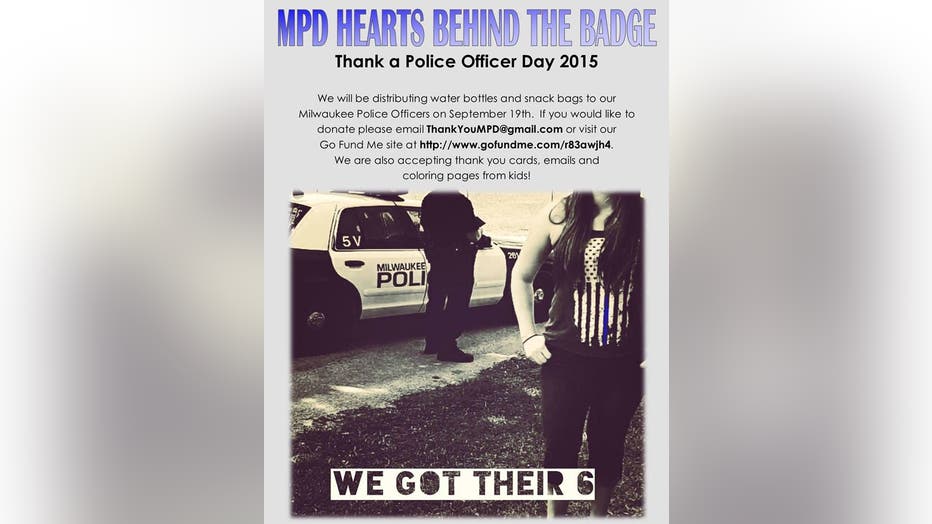