Health officials urged to do more regarding J&amp;J vaccine concerns

Milwaukee Common Council members are requesting the health department do more to follow up with people who have received the Johnson &amp; Johnson COVID-19 vaccine. This, amid national reports of rare but serious blood clots following vaccination.

MILWAUKEE - Milwaukee Common Council members are requesting the health department do more to follow up with people who have received the Johnson & Johnson COVID-19 vaccine. This, amid national reports of rare but serious blood clots following vaccination.

The main symptom is a severe headache, but can also include abdominal pain and shortness of breath. The health department said all of the organizations that partnered with the city to administer the Johnson & Johnson shots have been notified about the health concern. But Common Council members say that does not guarantee the people who actually received the vaccine know what is going on. 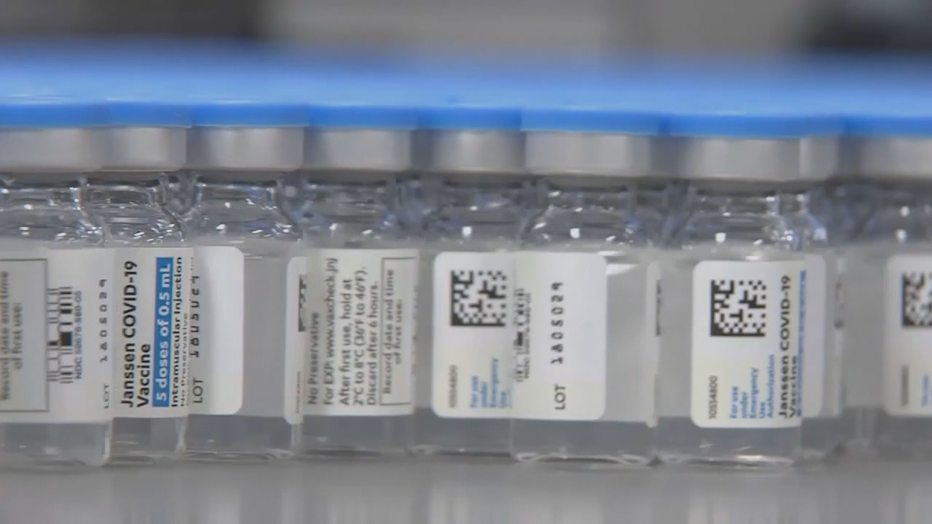 Members of the Milwaukee Common Council's Steering and Rules Committee met with Milwaukee Health Department officials on Monday, April 19 to ensure the city is being proactive in its efforts to inform the public about the federal investigation into the Johnson & Johnson COVID-19 vaccine.

"This is our way to ensure the community is aware. Throughout COVID-19 and vaccinations, I think we all are aware of the disproportionate impact on communities of color. Part of that transparency is letting the community know what’s going on," said Milwaukee Alderwoman Milele Coggs. 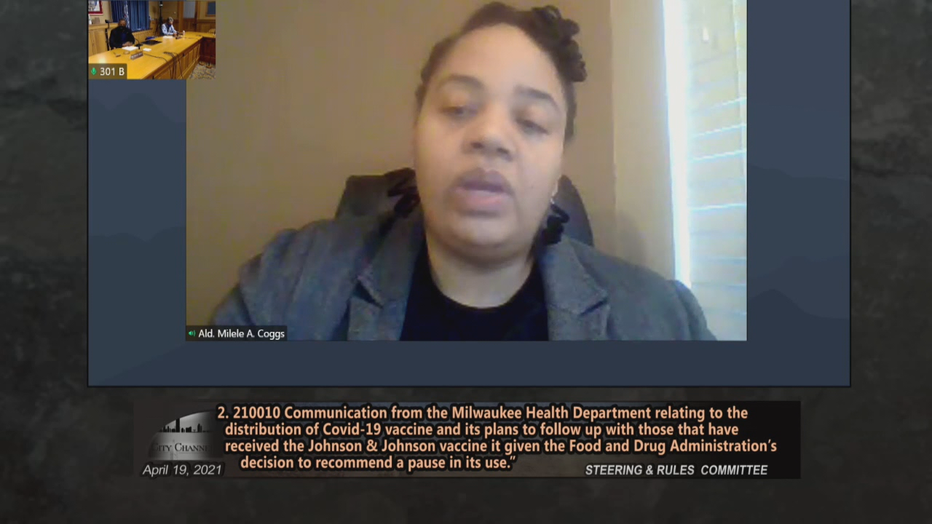 Last Tuesday, the FDA and CDC announced that six of the 7 million people who received the J&J shot developed serious blood clots. All of the patients were women -- and one has died. Use of the shots is now paused to alert both doctors about proper treatment in the event of more cases and patients about symptoms to look out for.

Commissioner of Health Kirsten Johnson said prior to the pause, the city partnered with nearly two dozen organizations to administer more than 1,500 of the Johnson & Johnson shots -- many of them at homeless shelters. 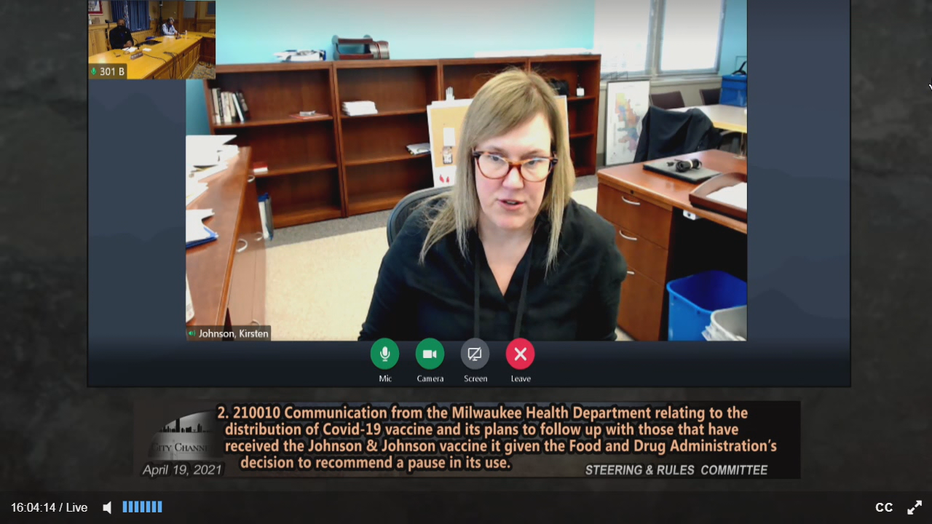 "For those shelter settings, it was easier to use the single dose so people didn’t have to come back for a second dose," Johnson said.

While the health department has already instructed those organizations to alert the people they vaccinated about the Johnson & Johnson investigation, Commissioner Johnson said it may be hard to track down everyone. 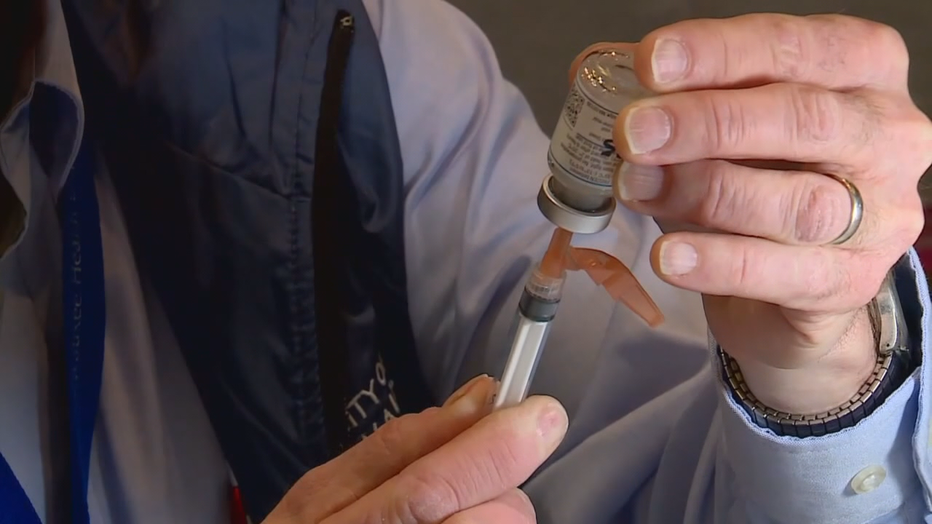 "I think a lot of them will be difficult to follow up with because they don’t have an address or phone number," Johnson said.

Council members say given the seriousness of the health condition and the vulnerability of the population that received the shot, the city should continue to take steps to follow up.

"Can we request that either the agencies or the health department follow up with these individuals to inform them of the condition," said Milwaukee Alderman Russell Stamper. 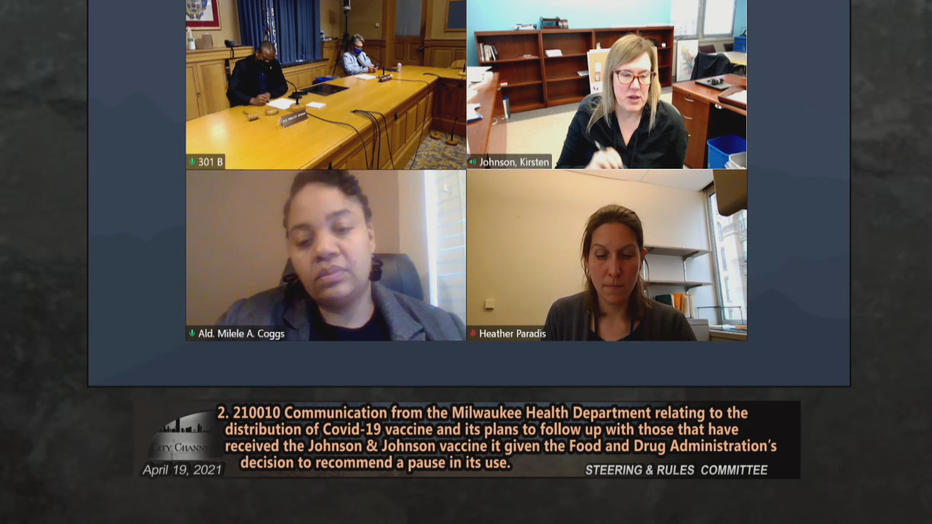 Commissioner Johnson said the health department will continue to follow up with those organizations.

Meanwhile, Johnson said the blood clots n those six patients formed between six and 13 days after vaccination -- and the majority of the shots administered in partnership with the city of Milwaukee were well over two weeks ago.

Property taxes on the typical Wisconsin home over the next two years would not increase quite as much under Gov. Tony Evers' budget proposal as they would under current law.