MILWAUKEE -- A St. Francis couple is accused of child neglect of a newborn boy -- their own child. The accused are Tyler Lamb, 32, and Jessica Groen, 37. Each faces a single felony charge of neglecting a child - consequence is bodily harm.

According to the criminal complaint, the child was only 14 days old when it was brought to Children's Hospital of Wisconsin on July 12, 2018. The child had been brought to the pediatrician earlier in the day for its two-week appointment -- and the pediatrician directed Lamb and Groen to take the child to Children's Hospital because of injuries he witnessed. 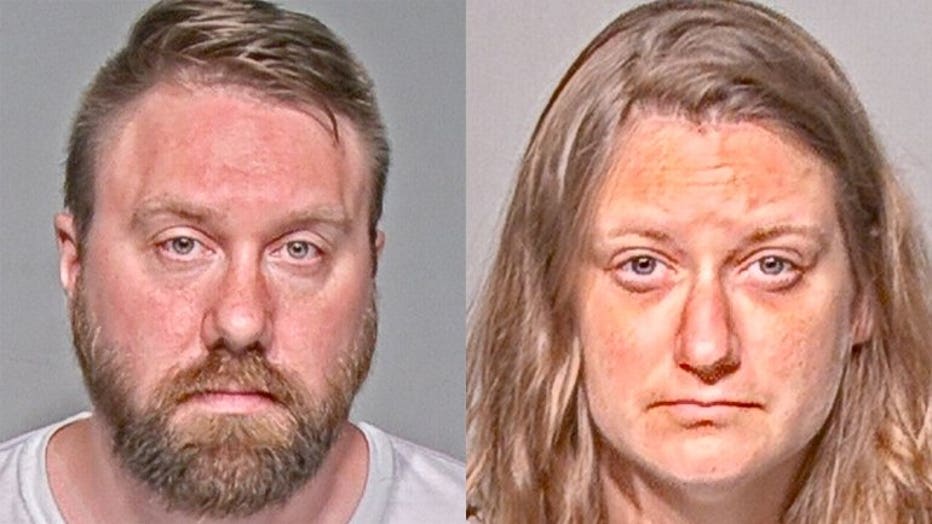 The complaint indicates that once the newborn was examined by a doctor at Children's Hospital, officials "contacted police and child protective services because of the numerous injuries they discovered." The doctor's report on the newborn, which was 16 pages long, noted the following injuries:

When summarizing the injuries suffered by the newborn, the doctor wrote, "This case is diagnostic for child physical abuse -- this child has multiple injuries that most reasonable caregivers would recognize, if not as abuse, as concerning and seek medical attention." The doctor's report further notes that, "Regardless of whomever is the maltreater in this case, (the child) was clearly injured, and none of his caregivers sought medical advice or care."

The complaint says "neither parent provided any plausible explanation for any of the injuries except one small scratch to (the child's) face that could have been caused by his own nail." When questioned separately, "each defendant gave varying accounts of (the child's) time at home since birth and the symptoms they had noticed (the child) displaying." Both also said "it had been at least a couple days since they had first noticed (the child) having issues with his arm."

Lamb and Groen are both scheduled to go to trial on Monday, Feb. 18. If convicted on the charge, each defendant faces up to six years in prison and $10,000 in fines.