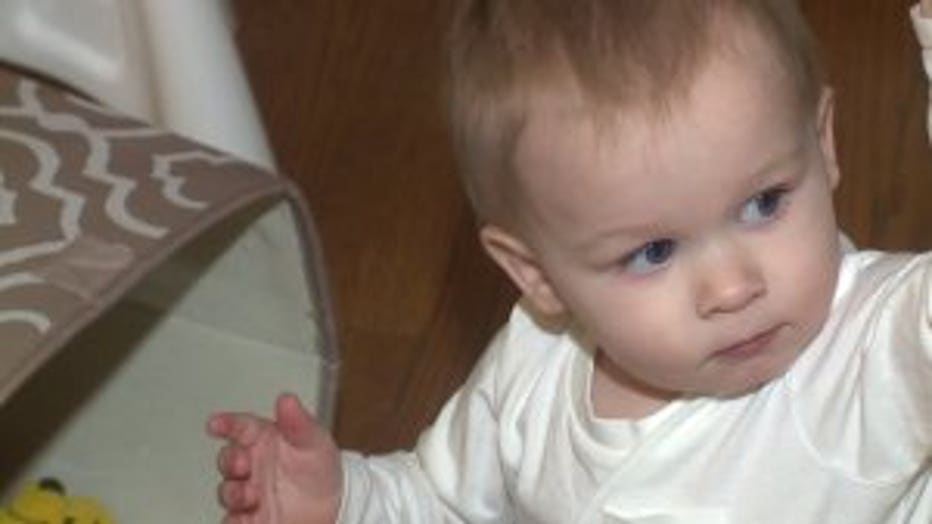 SHOREWOOD -- A 1-year-old boy lost his monkey, and the community came together to help him find it.

"He's very much exploring everything," said Janelle LaCombe, Maverick's mom. "I wake up and my son, which, he usually has a stuffed animal monkey that he's obsessed with. It wasn't with him."

The Glendale mom last remembered seeing it at dinner in Shorewood. She quickly posted a photo of the monkey in the Facebook group KidsCycle: NS (North Shore) in an effort to find Maverick's missing friend. 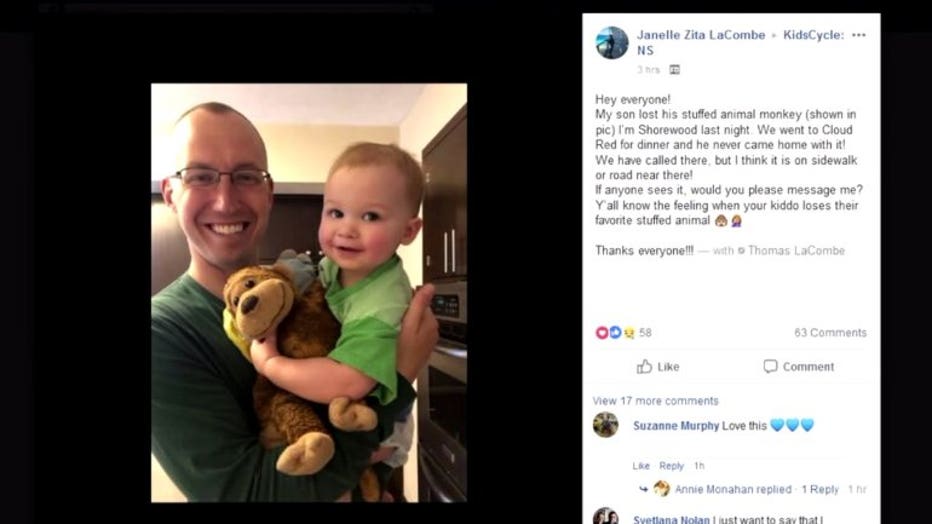 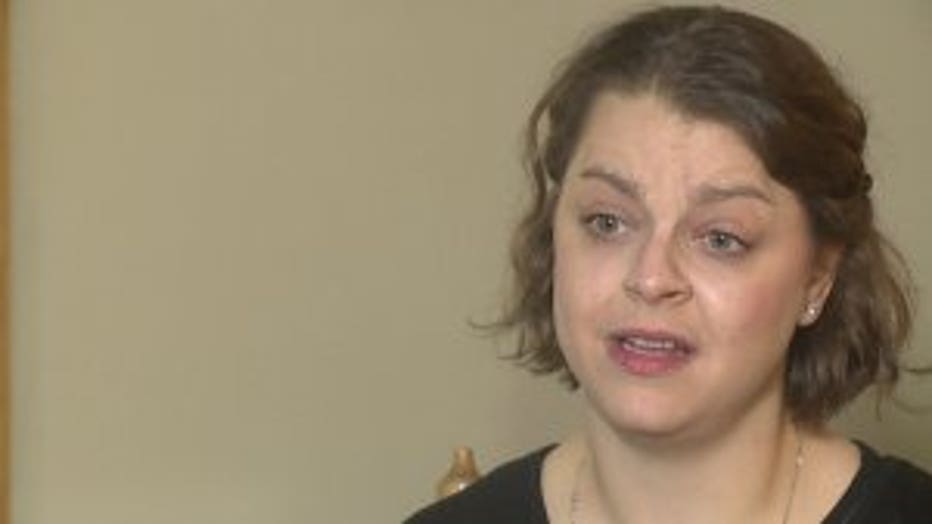 Nolan, a mother of two from Whitefish Bay, jumped into action after seeing the post.

"I live relatively close to there. I could spare 10 minutes to drive over and try to find it," said Nolan.

And that she did!

"I stopped right on the corner, crept up and the monkey happened to be just sitting on top of a snow bank," said Nolan.

"He was just laying there, staring up, a little helpless, probably very cold, a little bit covered in a layer of ice," said Nolan. 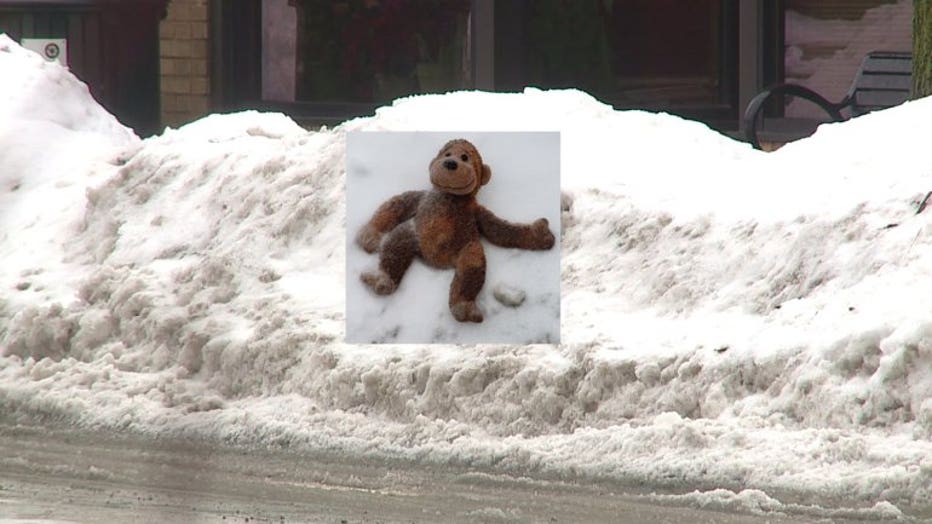 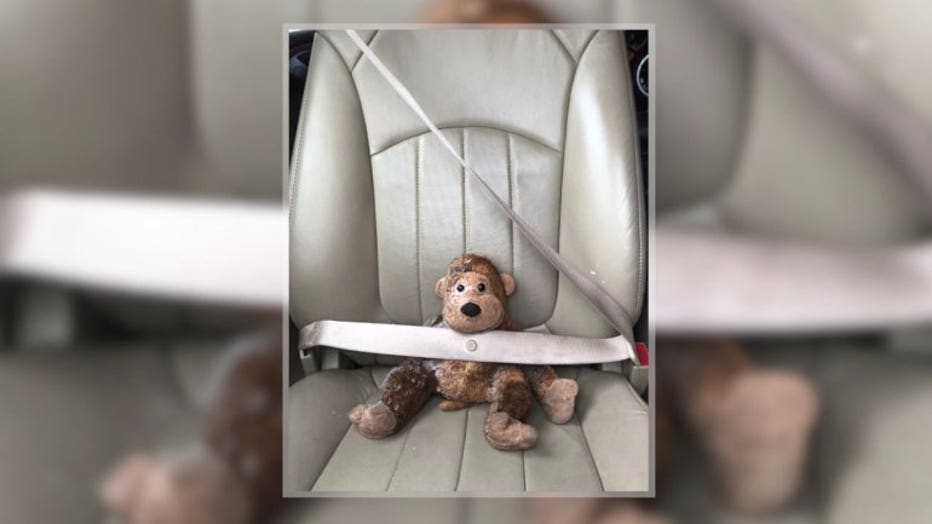 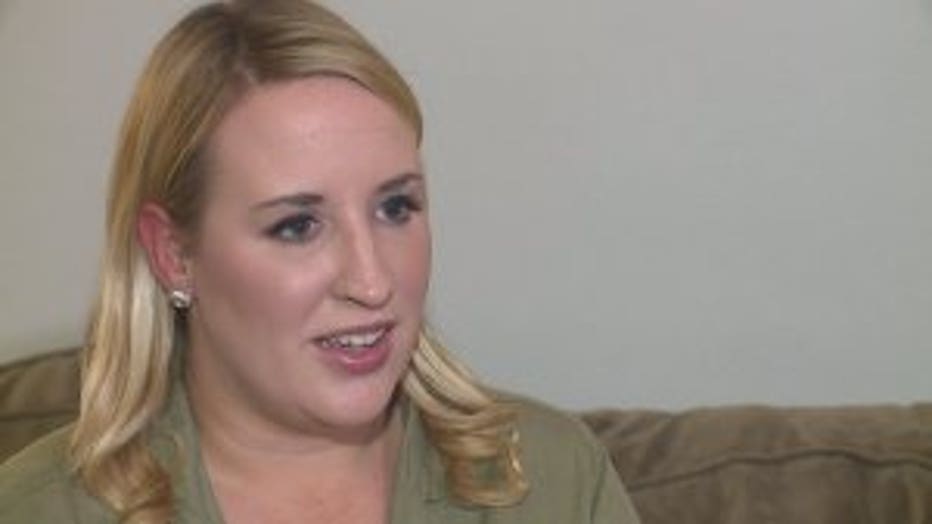 A quick Facebook message led to a heartwarming reunion.

"Immediately when I got the monkey back I wanted to make sure it was strapped in. I didn't want to let it out of my sight again. I knew my son was so happy to see his little monkey again. Just seeing him -- he was so happy, and it made me happy," said LaCombe.

LaCombe and Nolan credited the Facebook group with providing a platform, and a positive one at that, to make this happen.