“He was a hero:” Students learning from the life of Bay View Medal of Honor recipient Lance Sijan

"He was a hero:" Students learning from the life of Bay View Medal of Honor recipient Lance Sijan

MILWAUKEE (WITI) -- For 46 days, he survived in the jungles of North Vietnam with fractures in his head and his leg. Now, Captain Lance Sijan's sister is hoping students in Milwaukee can learn a lesson from her brother's short life.

Students at the Burdick School on S. Griffin Avenue in Milwaukee are learning about a brave man from Bay View.

"He was a hero who fought for our country and he shall never be forgotten," Celicio Lozano said. 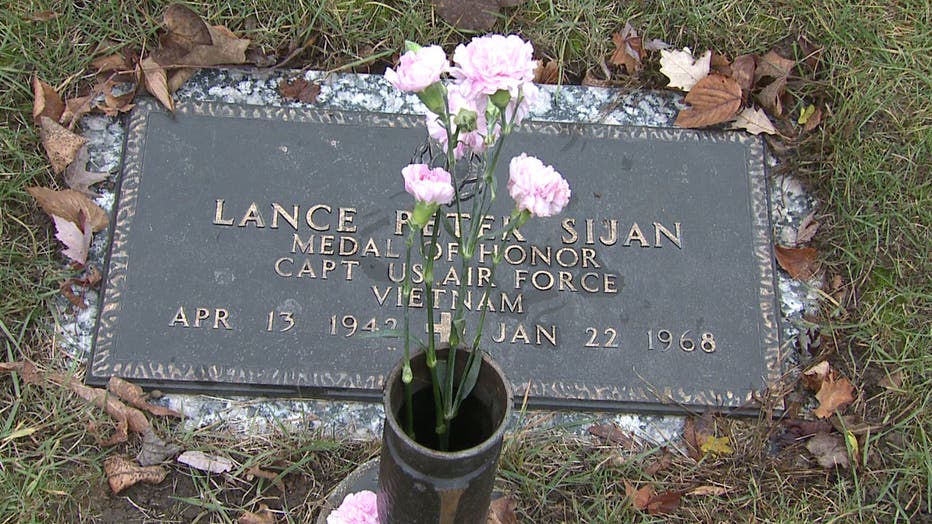 "I don't think of anyone else as my hero -- except Lance," Donovan Moreno said.

These students have been studying the life, sacrifices and contributions of Medal of Honor recipient Air Force Captain Lance Sijan.

"We felt that this was a great, great story for the kids of Burdick to sort of engage in and identify with," Sijan's sister, Jeanine Sijan Rozina said.

It was 1967 when Captain Lance Sijan became a prisoner of war.

"I want to generate that kind of energy for others to feel that too -- to feel that leadership, and that commitment, and that love, and that passion," Jeanine Sijan Rozina said.

"I feel very sad for what he had to go through, and I feel very proud that we have great men like him serving for our country," Celicio Lozano said.

"That's really empowering because it shows just what people can do when their minds are up to it," Donovan Moreno said.

"To know that someone as brave and amazing as Lance was here -- that just kinda gave me 'mind blow,'" Kaitlin Worden said.

Jeanine Sijan Rozina says she's hoping to continue to expand this experience involving her brother so others can learn from his life.