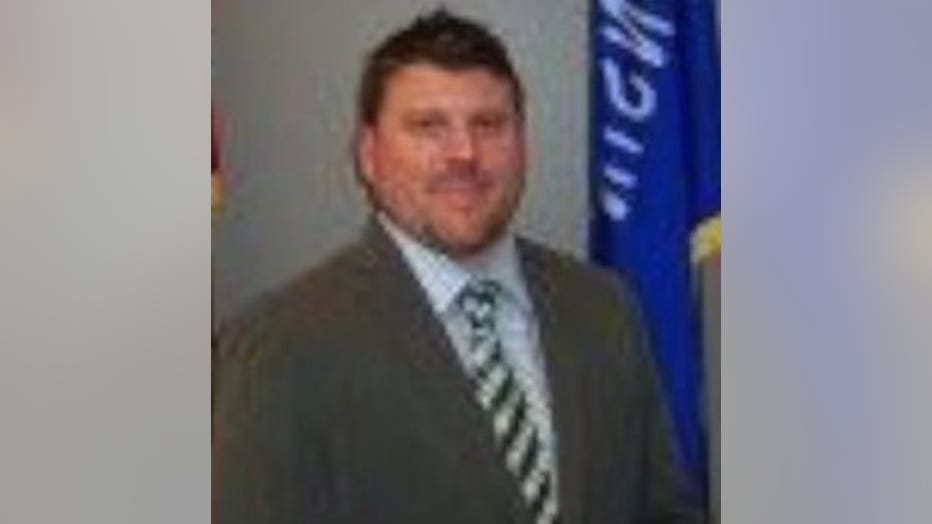 MENOMONEE FALLS -- People are calling for the resignation of a Menomonee Falls trustee for comments he made on Facebook. The trustee, Steve Taggart, insists at least one of his comments was deliberately taken out of context.

"It's disappointing," said Menomonee Falls Village President Dave Glasgow. "I am very disturbed, given the circumstances of last week."

Comments linked to Taggart's Facebook page have angered several residents -- many calling for him to resign.

"I probably have upwards of 70-plus emails from very concerned, very angry citizens, and the overwhelming majority are demanding his immediate resignation," said Glasgow.

Glasgow said two social media posts are at the center of the outrage. One was a comment in response to a question regarding whether the Republican Party could have a rally at the middle school. Taggart responded, "Not a chance. The School District of Menomonee Falls is being run by radical communists." 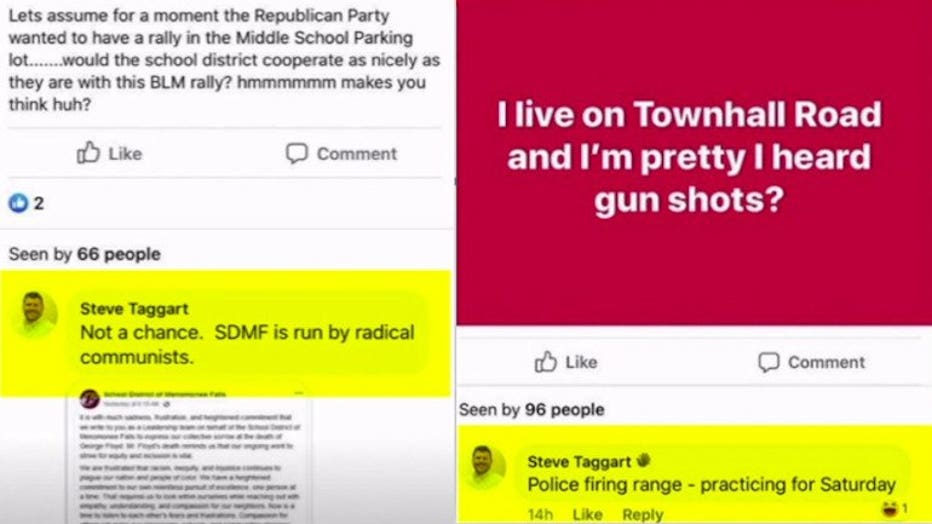 The other comment was posted in a Facebook group where someone said they were sure they heard gunshots. Taggart commented, "Police firing range -- practicing for Saturday."

A Black Lives Matter protest was scheduled on school property that Saturday. Officials said the school district did not sponsor it. 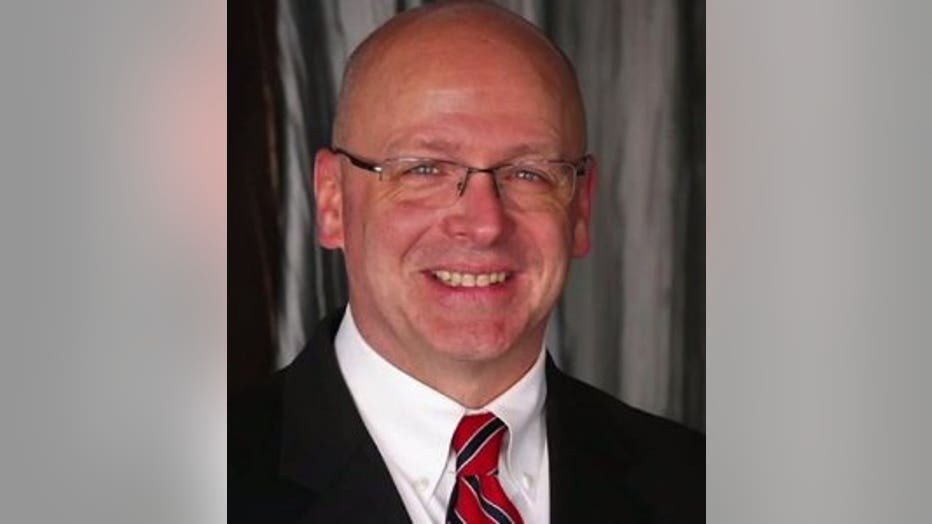 "I think for the best interest of the community, he should resign," said Glasgow.

FOX6 News reached out to Taggart, who issued statements on the posts.

"It is unfortunate that the School District of Menomonee Falls administration and some board members continues to take radical stances and go against the majority of Menomonee Falls.  This started late last summer with an unpopular name change and now continues with depriving the Senior Class of 2020 their deserved graduation ceremony.  If Superintendent Golla can allow and organize a protest rally on taxpayer funded school property, he easily could have allowed a graduation ceremony with students and their families in July. Mr. Golla planned on marching with the students but later backed out.

"I regret answering the question with a vague - short additional sentence to a small group.  It should have not been included or typed with a small amount of more detail to clarify the threats received towards Menomonee Falls.  I also regret that political activists have screen shot and spread this around social media adding their own negative - inaccurate context using it as a weapon.  This negativity can spread like wildfire, and has unfortunately cast a shadow on the students and their peaceful protest.  The students do not deserve that.

"This screen shot was deliberately taken out of context and spread around social media June 6th to incite hate and division from political activists. In no way was my comment directed at the peaceful protestors. It was made in a brief lack of judgment out of frustration from the possibility of negative actors coming to Menomonee Falls to do harm.

"My original response to a simple question was posted on a small, private Facebook group on Thursday June 4th. The group is dedicated to noises heard around our Village. The question was in reference to hearing “gunshots near Townhall Road”. This is a common question we receive quite often from this area, or any distance that the sound of gunshots or less-than-lethal rounds may travel. The Menomonee Falls Police Department has an outdoor firing range and training center in the vicinity of this newer resident’s location. The “gunshots” referenced were likely from MFPD practicing live fire, less-than-lethal training and or certification. It was not my intent to be satirical but to provide information to the best of my knowledge at the time to a very small group. https://www.menomonee-falls.org/415/Firearms-Training

"The reference to Saturday had very creditable merit. Not to incite alarm or invitation, details were not released to the public this past week. It was common knowledge on most of these Facebook groups that outside actors were posting about bringing violence and hate into the suburbs including Menomonee Falls.

"Earlier in the week Trustees were notified that a group of students were planning a peaceful march through the heart of Menomonee Falls. During organization they created a graphic and spread the news around social media. This caught the attention of groups that want to do harm. In conjunction – for more than a week multiple threatening social media posts were made by non-residents to bring violence and destruction into Menomonee Falls. It is important to understand these threats were not made by the student organizers of the march.

"The Village and MFPD were on high alert all week. It was also a very fluid situation sometimes changing by the hour. The Chief of Police and organizers of the march were able to come to a solution announced Friday June 5th to hold a peaceful rally in a single location. This would allow for better control and focus on a single message. The Waukesha County Sheriff’s department, Menomonee Falls Police Department and others were able to quickly react to an ever-changing landscape, protecting the residents, business owners and peaceful demonstrators from outside bad actors that wish harm on our wonderful community.

"I was hosting a child’s birthday party Saturday so I could not attend, but from what I gather on social media and the reports from Village management the event was very successful. I am so happy that these students were able to organize an event that fit their message and stayed true to the values Menomonee Falls offers. Law enforcement and residents came together to make Menomonee Falls proud."

The next Menomonee Falls Village Board meeting is Monday evening, June 15.