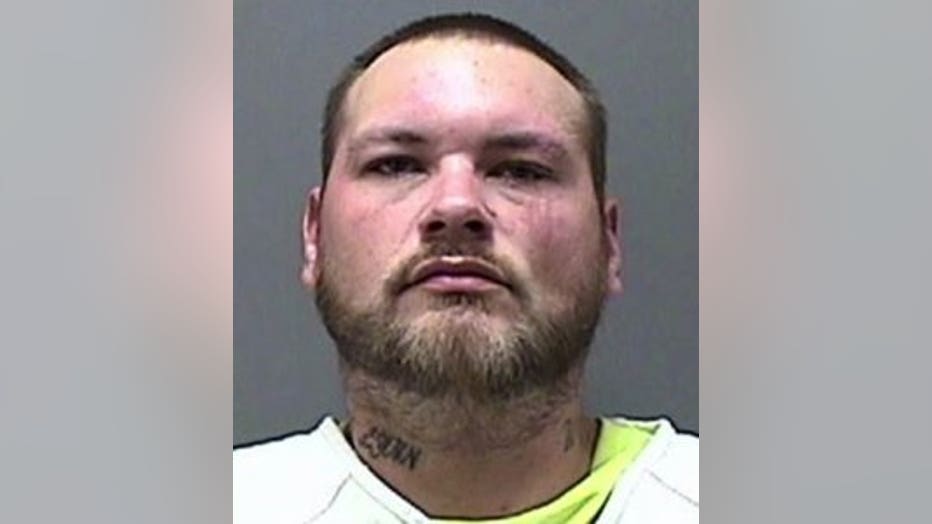 "I was just talking about it with another officer. It's very lucky nobody was seriously injured considering it's a busy time of day," said Lieutenant Adam Malacara of the Racine Police Department.

Prosecutors are now charging 36-year-old Justin Scott Wood of Racine with three hit-and-run felonies and a misdemeanor for the late October collisions. Some of the victims required medical treatment.

Prosecutors say Wood had "white paste around his mouth" and that he admitted to being a "former heroin user" -- a search of his vehicle found "ten syringes". Lt. Malacara says Wood was in no condition to drive a car: "slurred speech, glassy eyes, dilated pupils, struggle to stay awake."

Court records show Wood has a history of bail jumping. He was a no-show in court for his initial appearance this week.

"A bad decision. He needs to answer for it, so the bench warrant was issued for a reason," Lt. Malacara said.

Authorities say the crashes unfolded when Wood was traveling Northbound on Green Bay Road when he ran a red light, striking a vehicle in the intersection -- but that didn't stop him. He hit another vehicle near The Home Depot -- that didn't stop him either.

"His vehicle was located after striking another vehicle and a traffic light," Lt. Malacara said.

Some victims reported feeling neck pain, feeling sick, some "crying and shaking visibly" when they spoke with officers.

With the case now pushed until December, police are counting on the suspect's presence at the next court date -- even if they need to provide the transportation.

Police say the suspect's official blood results have not come back. There was a passenger with the suspect at the time of the crash who was ticketed for having drug paraphernalia.