BUTLER -- The Village of Butler Police Department has asked for public assistance identifying a suspect involved in a liquor theft on Sunday.

Authorities say it happened around 8 p.m. on May 17 at the W Fuel Stop near 124th and Hampton. The suspect stole several bottles of liquor and fled in a white Ford Escape.

The suspect is described as a Hispanic or black male, late teens to early 20s, approximately 6' tall and 160 pounds. He was wearing a gray "Titleist" brand hat with blue lettering, a camouflage cloth facemask, a black Northface windbreaker and a sweater underneath. He also had on a black shirt, faded light gray skinny jeans and black shoes. 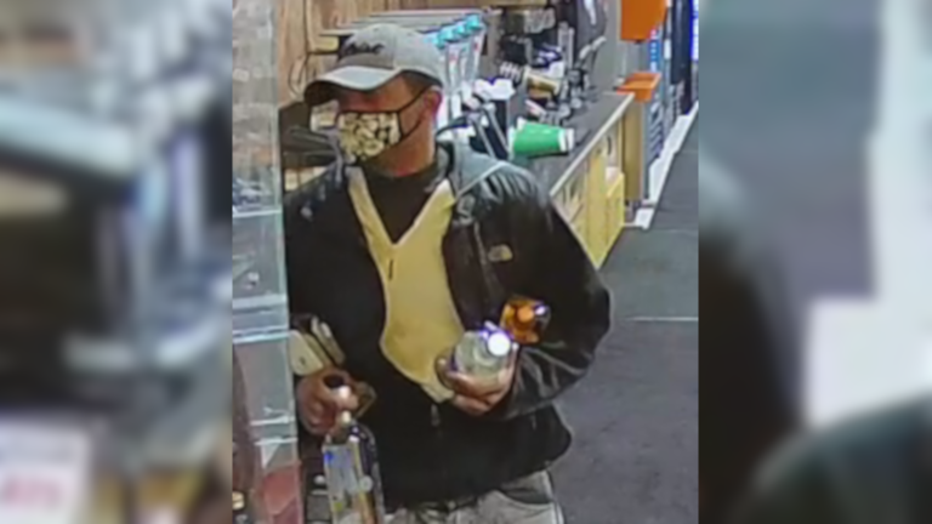 Anyone with information can contact Butler police at 262-446-5070 or make an anonymous tip through Waukesha County Crime Stoppers by calling 1-888-441-5505, or through their website at www.stopcrimewaukesha.com.