The bar was unexpectedly closed Monday, and the owner did not returned our calls, but the echo of a weekend street concert hosted by Beer Snobs still rang&nbsp;through Hartland.

HARTLAND, Wis. - Three Hartland residents contacted FOX6 News Monday, Sept. 28 questioning whether this event should have even happened this weekend. FOX6 looked into it, and it turns out, it's not even the first concert this bar has hosted during the pandemic.

The bar was unexpectedly closed Monday, and the owner did not returned our calls, but the echo of a weekend street concert hosted by Beer Snobs Ale & Eats still rang through Hartland. 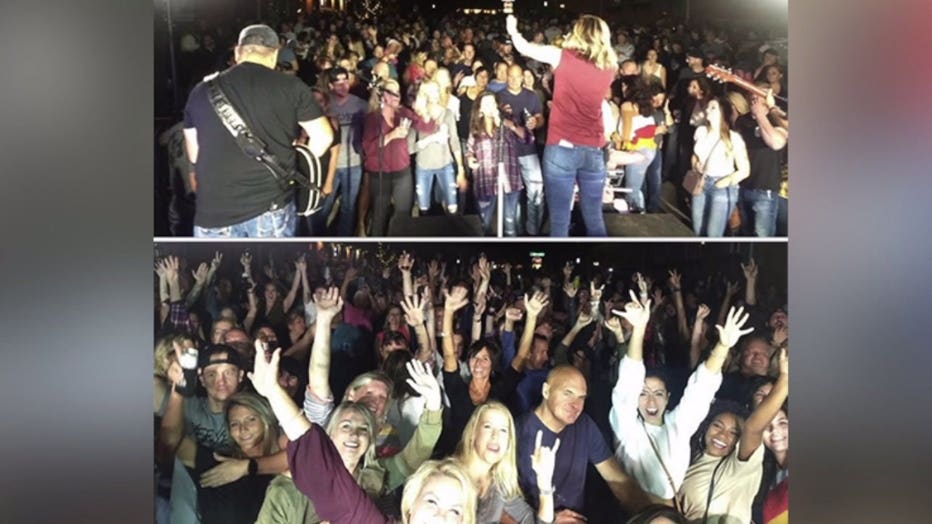 "It sounds like they ended up having outstanding attendance," said Jeffery Pfannerstill, Hartland Village Board president. "It was very strong."

It wasn't the first concert Beer Snobs has hosted since lockdown. The village administrator said Beer Snobs applied for two permits earlier this year -- one for '"Snob Fest" in June, and the other for "Snobtober Fest."

Pfannerstill was among the crowd. 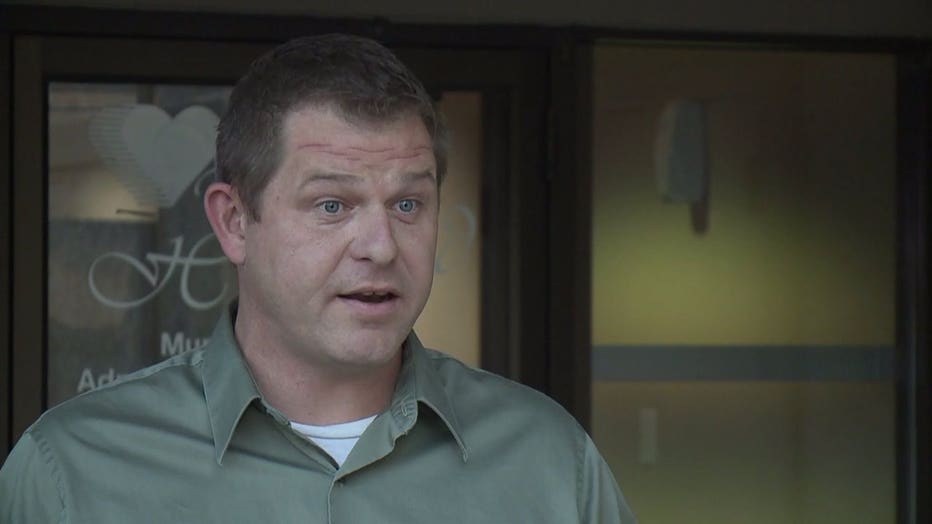 "People weren't six feet apart," he said. "Again, people were outside. I think erring on the side of not infringing with people's freedoms to go about their business as they see fit."

While Pfannerstill was supportive of the event, some Hartland residents, who asked to remain anonymous, questioned whether these crowds are a good idea while coronavirus cases are surging. 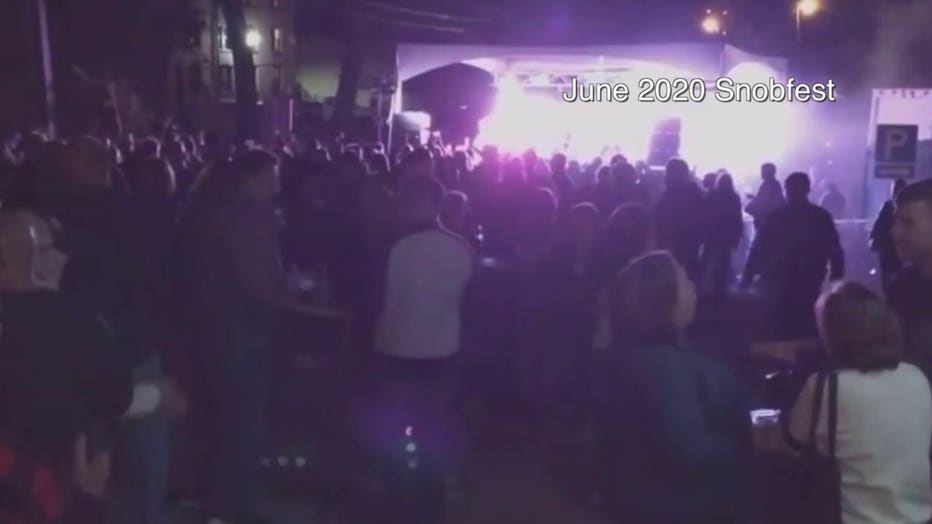 "I don't think it was wrong or inappropriate," said Pfannerstill.

The current public gatherings recommendation in Waukesha County was increased just before Labor Day.  It states "outdoor events may exceed 250 individuals when proper outdoor space, separation of groups, social distancing and other CDC guidelines are followed."

The pictures posted to Beer Snobs' Facebook page, which the bar has since deleted, do not appear to follow any of those measures. 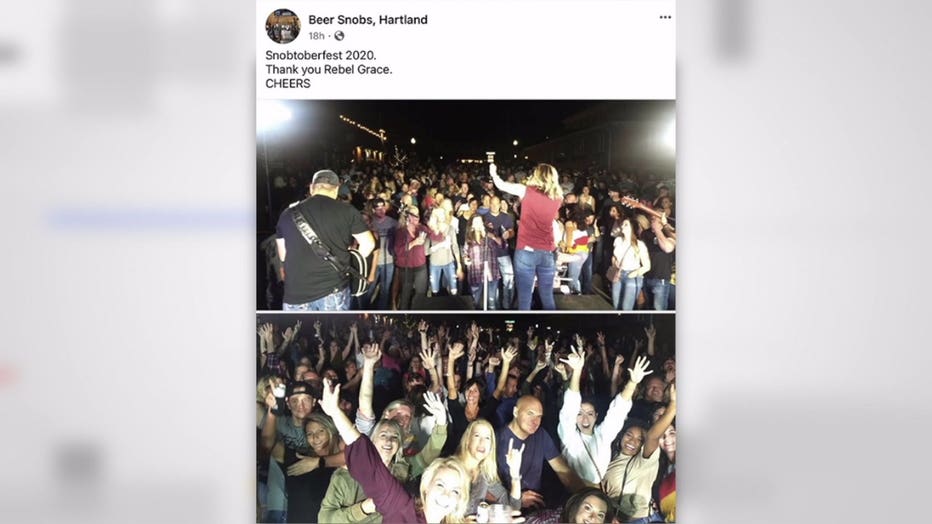 Countywide, 9.76% of tests from the last week have been positive.  Across the state, there's been a rise in cases, with the daily percentage of positive tests now hovering well over 20%. Data Monday showed Hartland with 30 active COVID cases.

"Thirty active cases out of 10,000 people -- I personally feel very comfortable, and I think all the people that were there did also," said Pfannerstill.

FOX6 News reached out to the manager of the band, Rebel Grace, which played Snobtober Fest. He said masks come off when people drink and have a good time, and referred us to the owner of the bar.

Some call for more testing with 2nd Marquette dorm under quarantine

In total, 195 people have tested positive for the coronavirus at Marquette University since the fall semester began.

According to a news release, the coach was immediately relieved of his duties by the club, which has since correctly implemented CDC COVID-19 guidelines.