MILWAUKEE -- Police responded to an odd scene along the Milwaukee River on Monday afternoon, April 16.

According to police, a man took off his clothes down to swim trunks and jumped into the river near the Wisconsin Ave. bridge.

His wife told police he swam out into the river, and then came back toward shore, but he was unable to get out.

Harbor Patrol officials had to rescue him.

There's no word on his condition. 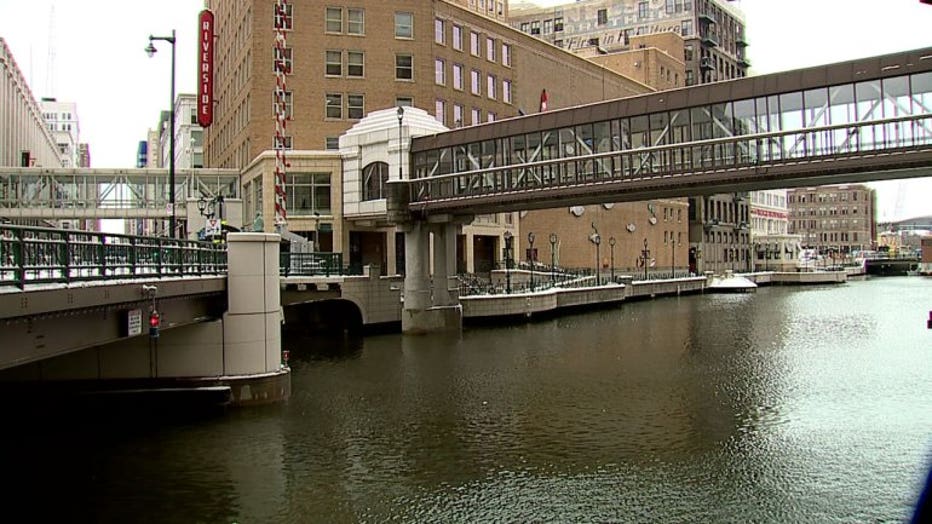