MPD officers hailed for saving 1 of their own, struck by vehicle during pursuit

MPD officers hailed for saving 1 of their own, struck by vehicle during pursuit

MILWAUKEE -- Nearly 100 people, from Milwaukee police officers to community members were honored Tuesday evening, Nov. 12 for going above and beyond. During the Milwaukee Police Department's Fall Merit Awards ceremony, the purpose wasn't to remember the stories, but the people behind them.

There was a bit of pomp as the retelling of the serious circumstances that faced police officers and community members began Tuesday evening -- from a woman who helped police track down the suspect accused in the road-rage shooting that killed 3-year-old Brooklyn Harris in July, to the restaurant employee who put a serial armed robber in a headlock until police could arrive. 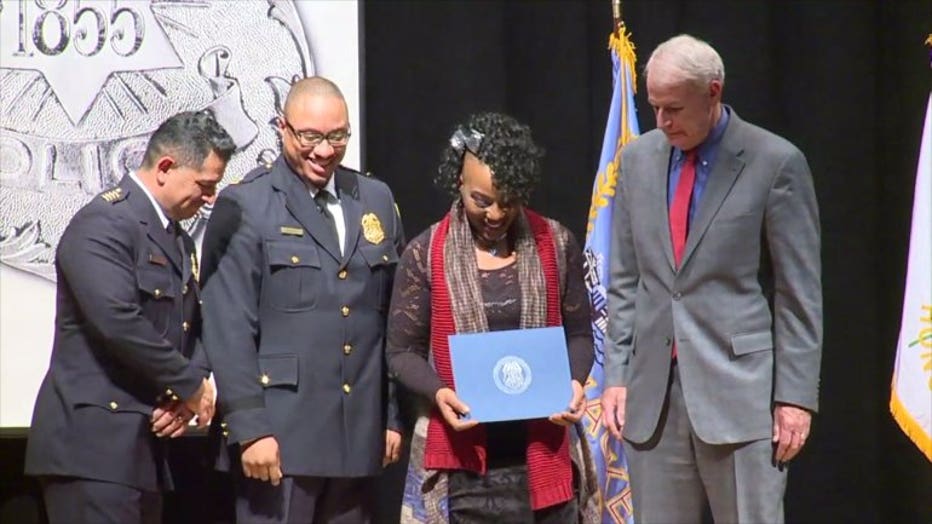 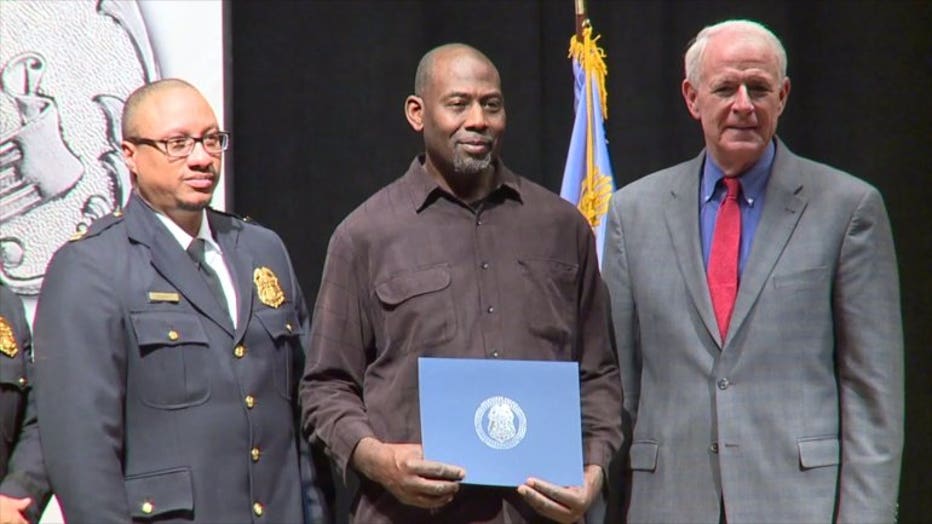 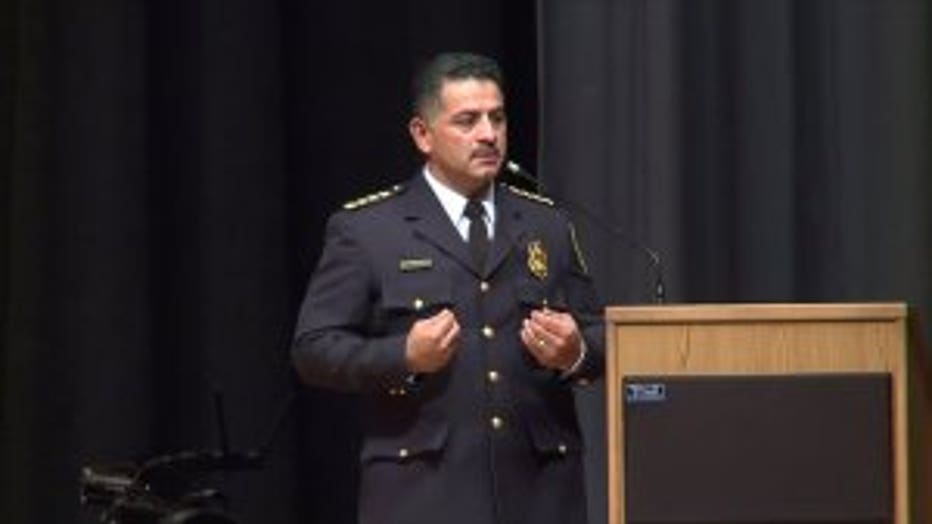 "If we're going to continue to make this city great, those are the things we have to recognize and acknowledge," said Milwaukee Police Chief Alfonso Morales.

Officer Nicolas Romeo was hit by another vehicle as he got out of his squad after he and his partner were chasing a vehicle wanted in connection with an armed robbery when it crashed near 16th Street and Keefe Avenue in July.

It began when officers spotted a suspicious vehicle near 15th Street and Capitol Drive, and the driver fled, crashing into other vehicles near 16th and Keefe, and one of those vehicles went up onto the sidewalk and struck two children, ages 7 and 9. The 40-year-old driver of a vehicle that was struck was hurt, along with Officer Romeo, the children, and the driver and passenger of the suspect vehicle. 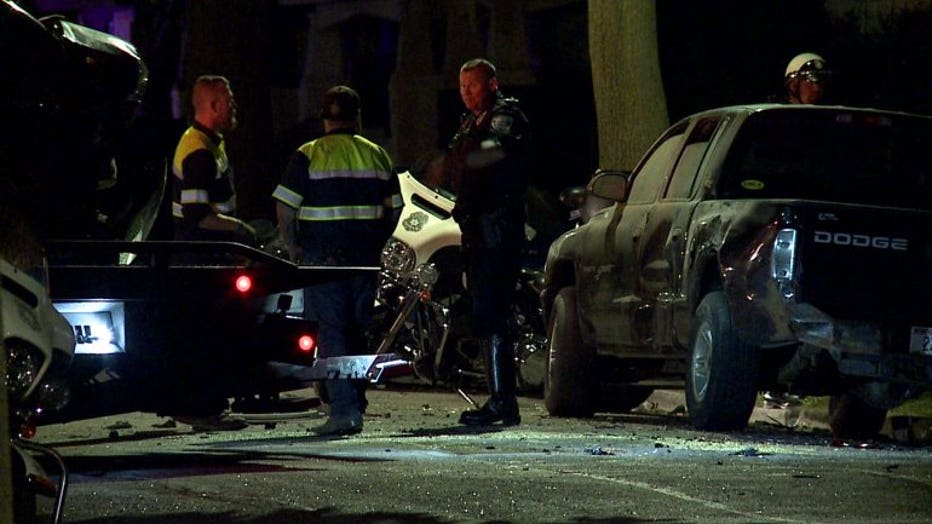 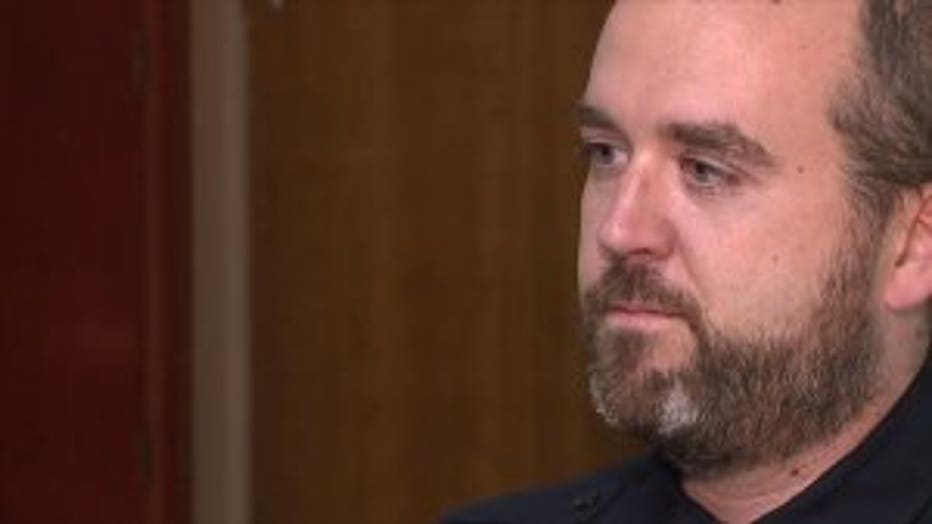 "I saw Nic laying on the ground -- pulseless, non-breathing, and instincts kind of kicked over," said Officer Robert Ruth. 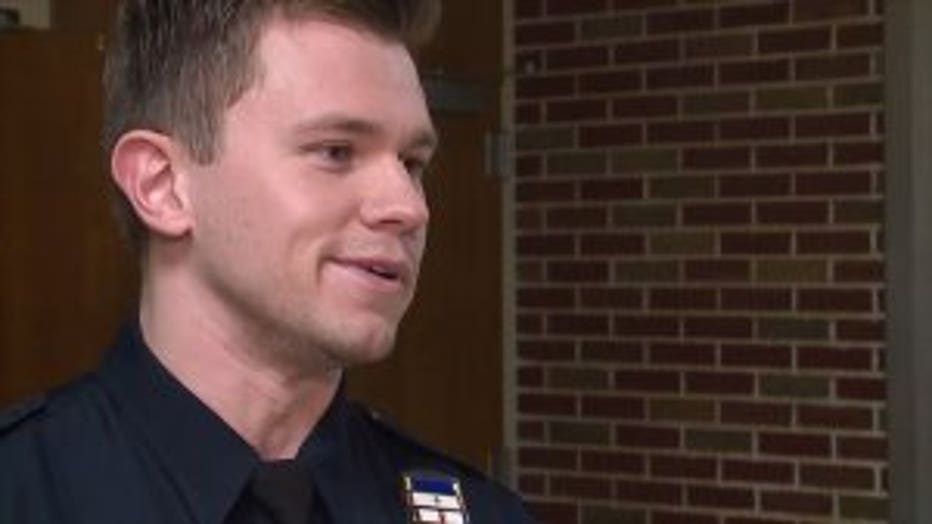 Officer Ruth, with one year on the force, turned to his 15 years of EMT experience, doing CPR and chest compressions.

"If they weren't on scene, who knows what could have happened to me," said Romeo.

"Luckily, they were able to bring him back," said Officer Anthony Milone. "Particularly, Officer Dillman and Officer Ruth, they did a hell of a job, and very happy that he's still here with us."

Officer Romeo said the healing process was a long one, and he was taking each day at a time. However, he was able to return to full, active duty.