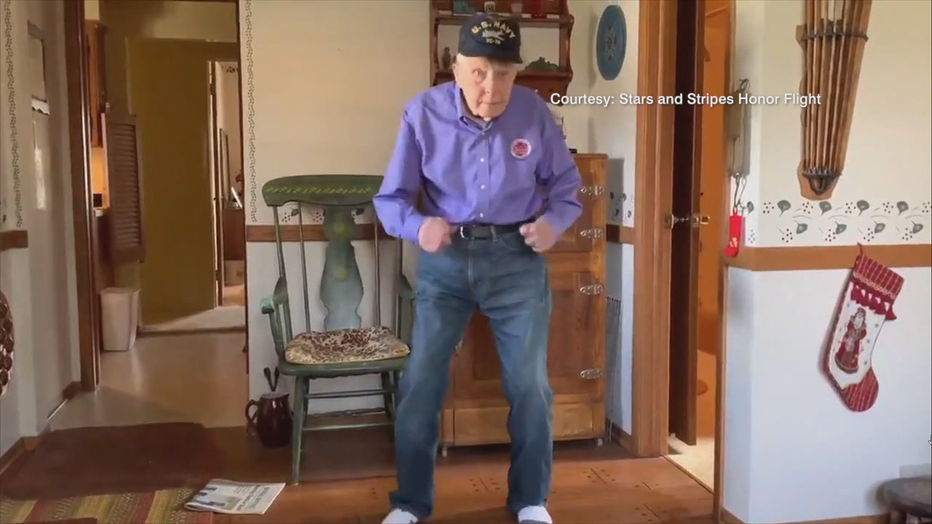 "When the music starts, I get up," said Charles Franzke. "I have nothing planned. I don’t practice. I just get up, and when I feel the beat, I stand up and I start dancing, and I don’t even know what I’m doing.”

Franzke, also known as "Dancing Chuck" is the moving, grooving veteran whose videos have gone viral. 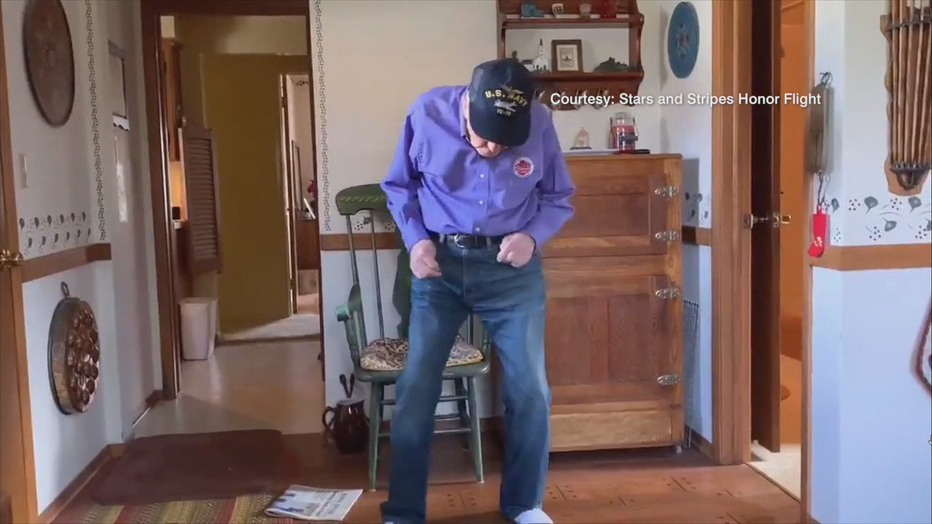 "This is his 98th birthday video, and I think you may recall, these videos began in 2016 when I was filming some thank you messages from our veterans for our volunteers," said Karyn Roelke with the Stars & Stripes Honor Flight program.

Franzke is an ambassador for the Stars & Stripes Honor Flight program, and these videos have been his way of saying thank you for everyone’s support.

“I just keep dancing, and people keep clapping, and that makes me feel good and I think it makes a lot of them feel good," said Franzke.

Franzke's birthday video was released just days ahead of his 98th. 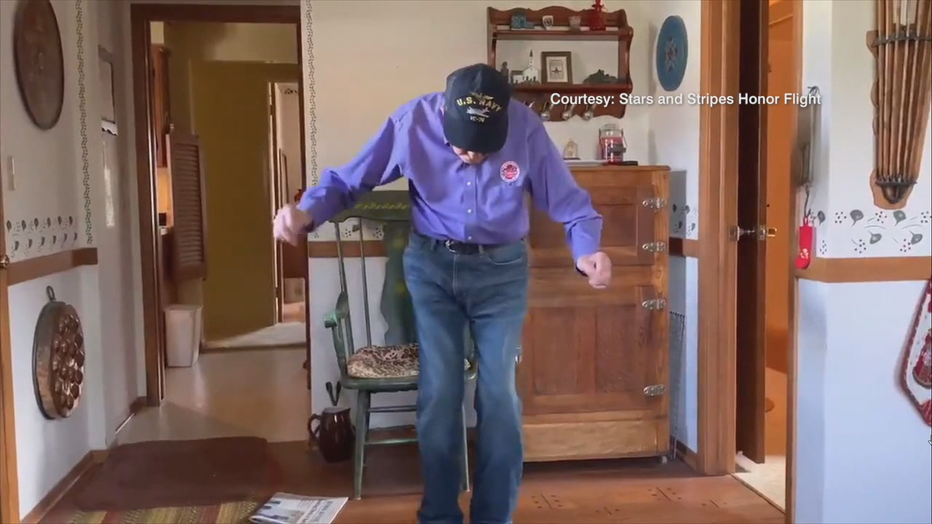 "That’s Chuck’s main goal, aside from entertaining people and making them smile," said Roelke. "He wants to encourage his fellow veterans, WWII vets, Korean vets and Vietnam vets who haven’t taken an Honor Flight to sign up for one.”

Rest assured, as long as there is good music playing, "Dancing Chuck" will be grooving. 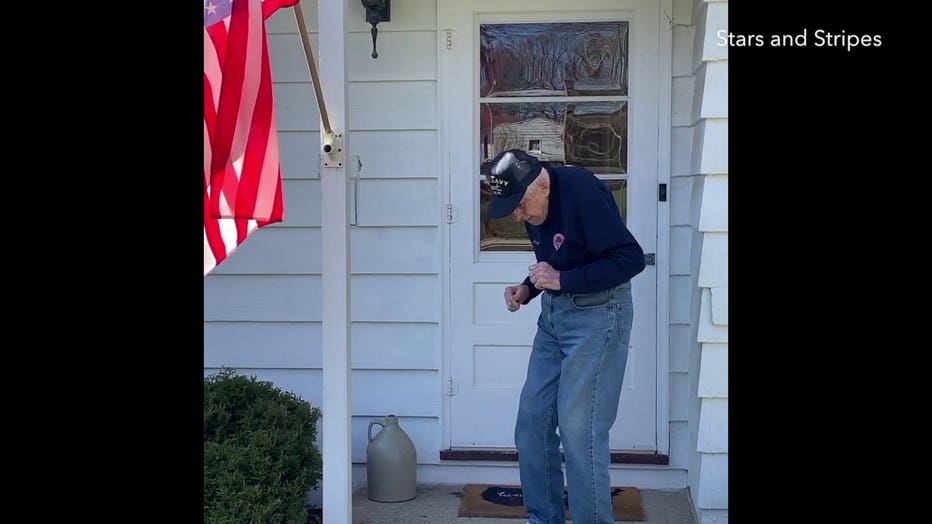 The Stars & Stripes Honor Flights have been postponed due to the coronavirus pandemic. However, they are still accepting applications.