ALPENA, Mich. — The restaurant bill was $23. But the tip at a small-town restaurant in Michigan was much larger: $2,020. 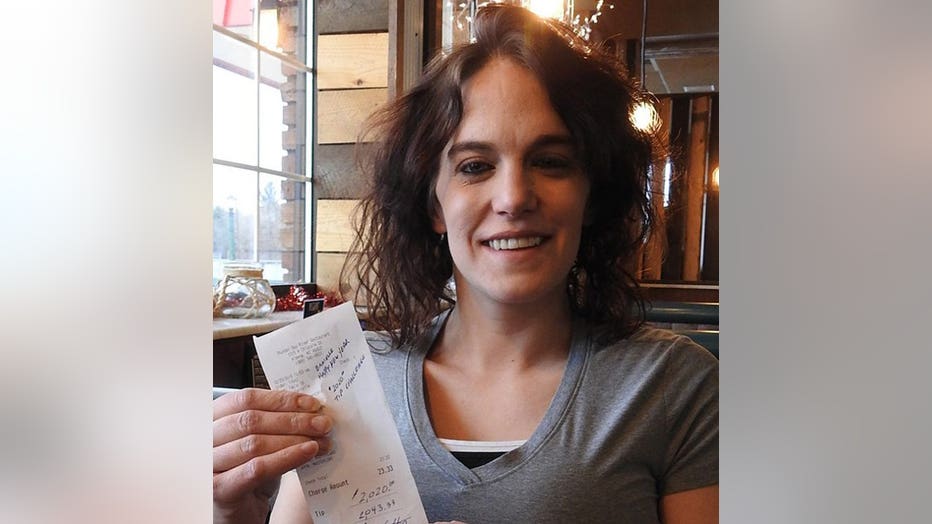 News Photo by Julie Riddle Waitress Danielle Franzoni holds a receipt showing the $2,020 tip she was given by a customer at Thunder Bay River Restaurant in Alpena on Sunday. (Credit: The Alpena News)

Franzoni, a single mother, couldn't believe the number, but her manager assured her the tip was legitimate.

She said she was living in a homeless shelter a year ago. Franzoni plans to use the money to reinstate her driver's license and build savings.

Franzoni later went to a restaurant and left a $20.20 tip.

“That was my pay-it-forward,” she said, smiling. “I couldn’t do the other one.”