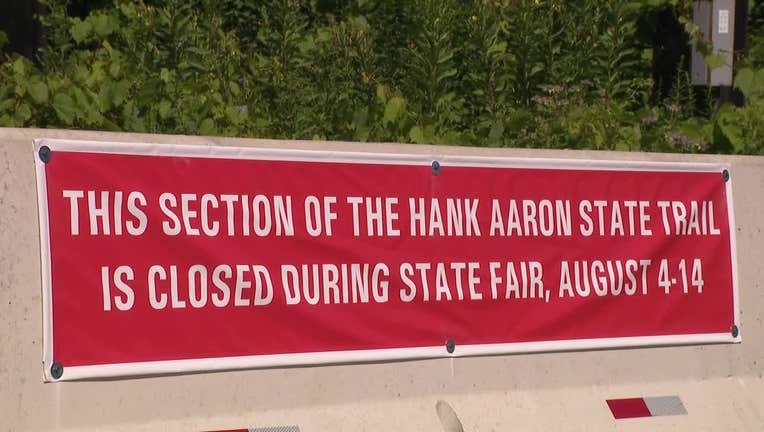 WEST ALLIS, Wis. - Runners, walkers and bicyclists are disappointed by the closure of a portion of the Hank Aaron State Trail from 76th Street to 84th Street. It is closed during the run of Wisconsin State Fair.

The trail cuts through a portion of the state fair grounds. According to a notice on the Wisconsin DNR's Hank Aaron State Trail website, this closure was made at the request of the State Fair Park Board. The notice also indicates the trail section will reopen on Monday, Aug. 15.

In the meantime, people who frequent the trails are frustrated by the lack of access. Officers are posted at the 76th Street and 84th Street locations to prevent persons from going around the barriers. 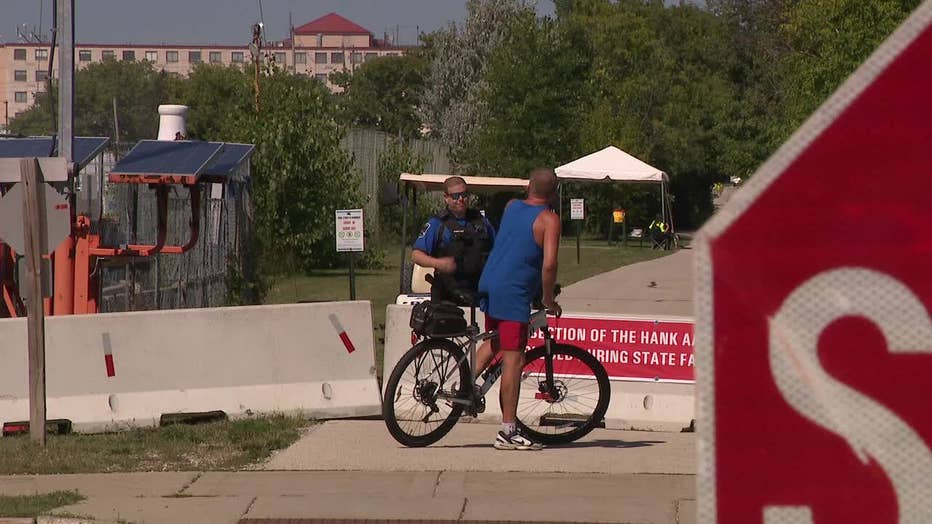 "I, along with many residents, commuters and outdoor enthusiasts, was disappointed to learn of the abrupt closure of the Hank Aaron State Trail from 76th St. to 84th St. With no advance notice concrete barriers appeared and will be in place through August 14. Even worse, no alternative routes or accommodations were put in place for the heavily traveled trail that is used by bikers, runners and those commuting from the west side of the city toward downtown.

"While I understand the intention behind the decision to ensure safety of those attending the State Fair, we should not be harming one group to protect another. For those biking this portion of the trail, their alternative is to travel on 76th St. which has no bike lanes, and on Greenfield Ave. which is a busy section of roadway, particularly when you consider the increased traffic due to the fair.

"I call on the State Fair Park Board and Wisconsin Department of Natural Resources to rectify this situation by taking down the barriers blocking access to the trail and instead putting up vehicle-stopping barriers where needed at the trail’s side, so that no access could be gained to the fair park from a vehicle traveling on the trail.

"This is a sensible and direct alternative and solution, and given the way in which this situation has been handled, our constituents deserve as much." 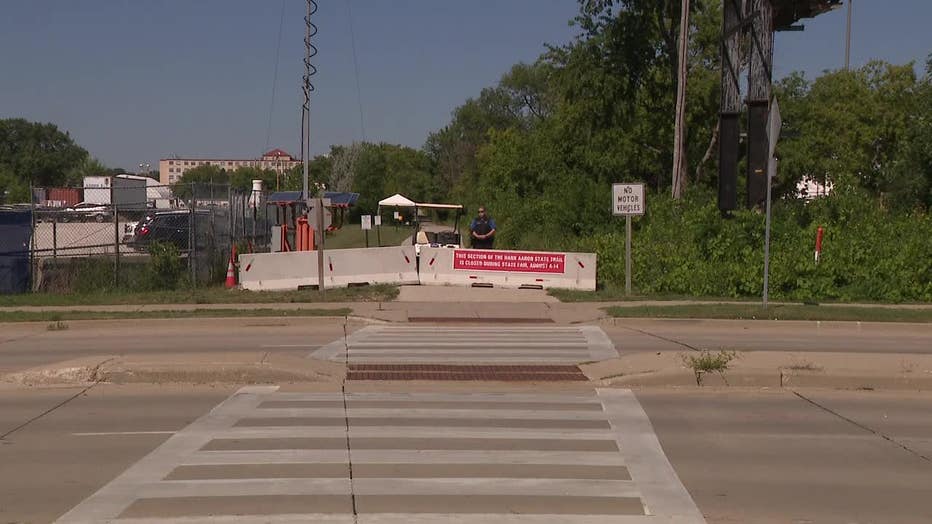