From hammering to chopping, volunteers helped build three homes in Milwaukee's Harambee&nbsp;neighborhood -- part of a Habitat for Humanity project aimed at serving 200 families on Milwaukee's northwest side over four years.

"It truly is going to be a new chapter and a new day here in Harambee," said Brian Sonderman. 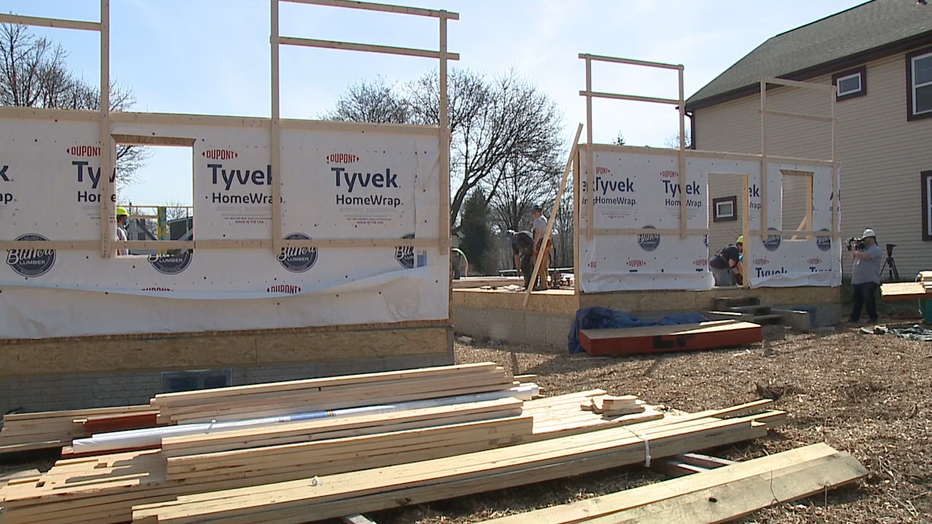 Habitat for Humanity volunteers raised the roof and the first walls of an affordable homeownership initiative in the Harambee neighborhood.

"We will serve 200 families in need of safe, affordable housing over the next four years throughout Milwaukee's northwest side," said Sonderman. "That includes building more than 80 brand new, affordable homes right here in Harambee."

The three homes on N. 3rd Street were the first of many to be built from the ground up. City officials said there's low homeownership in the Harambee neighborhood, where only 22% are homeowners. This initiative is aimed at changing that. 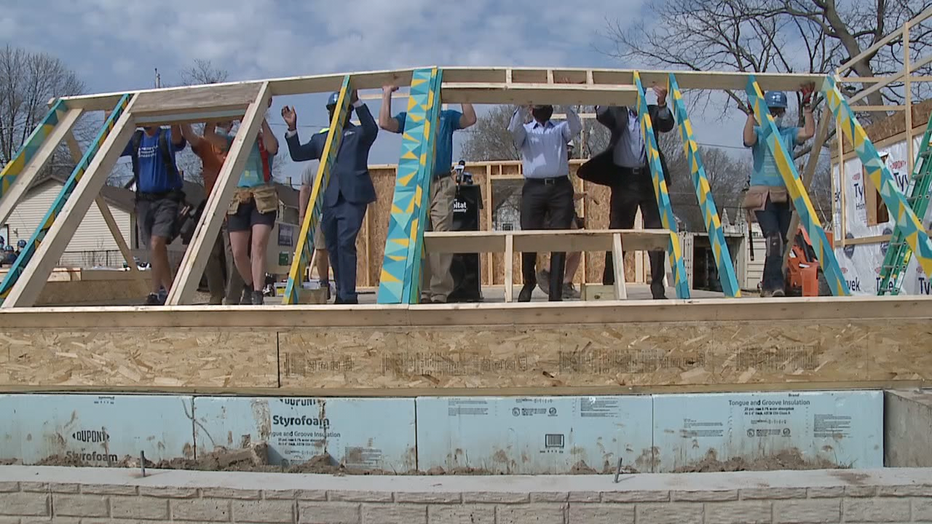 "It has been a tough year, but it’s going to be a very exciting next year or two as we create opportunities for people to live the lives that they deserve and that they’re hoping for," said Lafayette Crump, city development commissioner.

"If you have a home, however that’s defined, that’s the first ingredient of hope," said Milwaukee Mayor Tom Barrett. 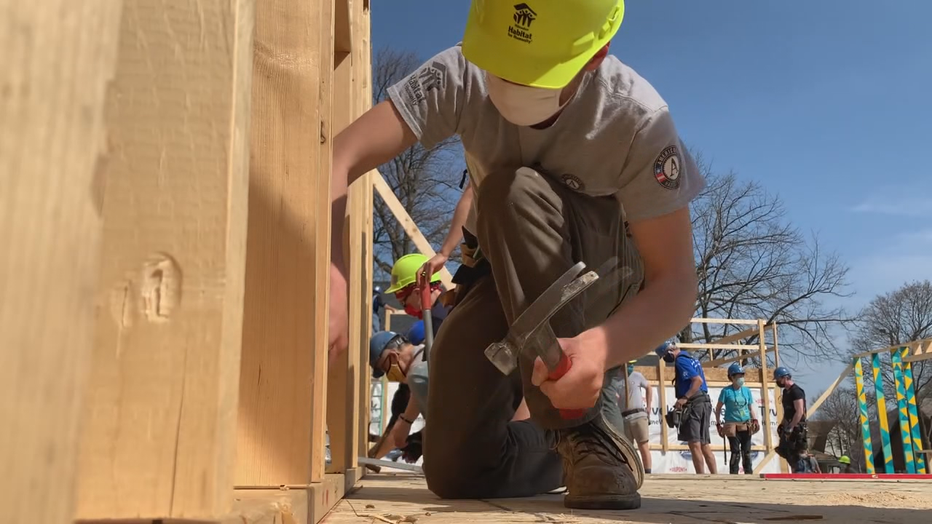 Habitat for Humanity is accepting applications for these three homes along with all the other homes being built in 2021.

The houses being built Wednesday should be completed and ready to be moved into by spring 2022.