MILWAUKEE - It is meant to protect, but is there a flaw with the gun carried by Milwaukee police? A Milwaukee police officer's gun went off in its holster on July 14 -- so how does something like that happen, and was it an accident, or something out of their control?

It happened at 6th Street and Garfield Avenue -- a shooting unlike many others. The bullet fired wasn't from a suspect, but a firearm in the holster on an officer's hip. A "brief struggle," MPD said, led to that firing, even though the gun was "holstered at the time of discharge."

"We don't know why," said Milwaukee Police Chief Alfonso Morales Wednesday, July 29 when asked by FOX6 News why that gun went off in its holster. "There are a number of different variables we have to look at in that incident."

In 2019, MPD got new guns, and 1,800 sworn officers now carry the SIG Sauer P320 -- a pistol previously ridden with problems and lawsuits. 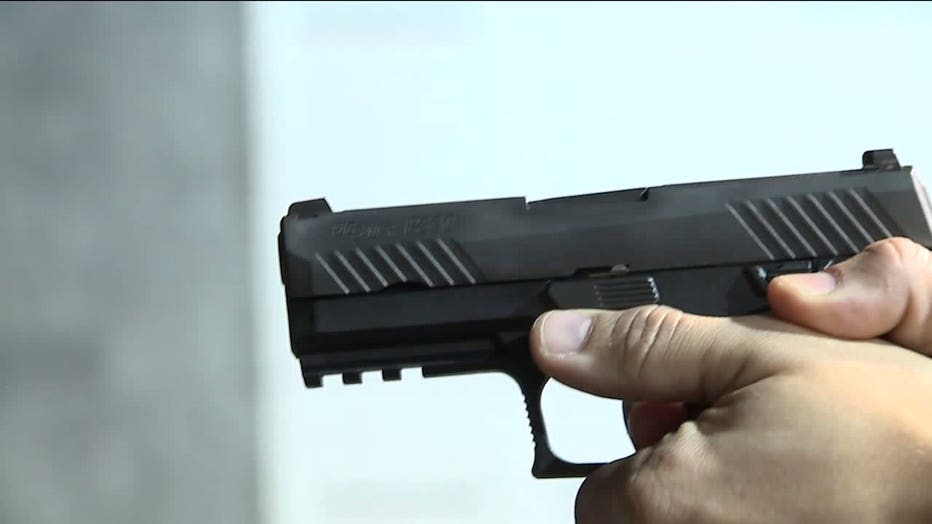 "They, in essence, beat up the gun to see wear and tear that firearm can take, looking for some type of discharge," said Chief Morales. "That was done with this pistol."

"Obviously, it's a big safety concern," said Jeremy S. with TheTruthAboutGuns.com. "Guns should only discharge when you intentionally pull the trigger.

Video from 2017 shows the P320 discharging without pulling the trigger.

"It was very specific," said Jeremy. "It was a 30-degree angle, right on the rear corner on the slide, on top of the pistol. It had to impact that specific spot pretty darn hard to get it to discharge." 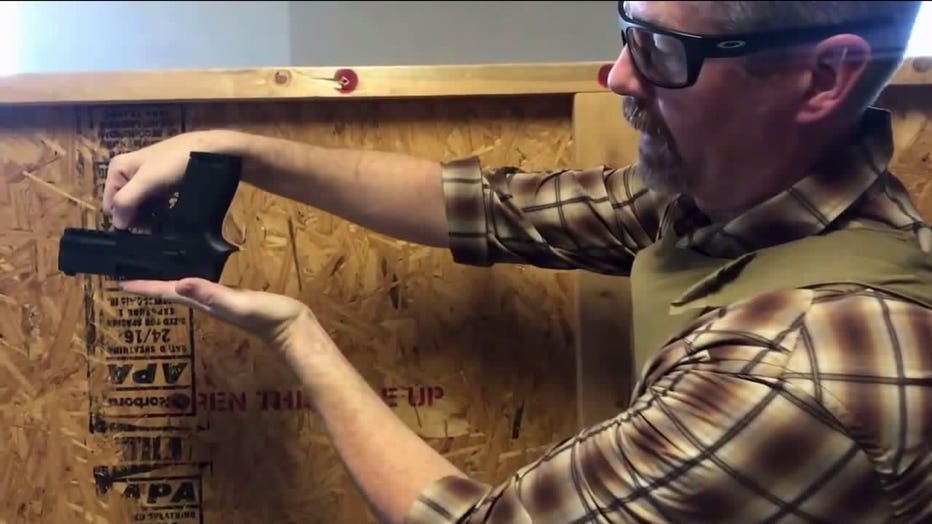 SIG Sauer said they fixed the problem in 2017 with a voluntary upgrade, but a CNN investigation detailed instances after that where the gun still went off without pulling the trigger.

"Even before the fix, it took a very specific and very strong impact to make it happen," said Jeremy. "After the fix, we couldn't reproduce it, even tripling that amount of impact."

"We always take that into consideration but it's too early to tell," said Chief Morales. "Once we determine that, we will make the proper adjustments."

So why did this happen? Chief Morales said the gun is still being analyzed. That could help figure this out. Morales said they chose this gun because of its reputation, and the fact that its used by the military and many other law enforcement agencies.