MILWAUKEE COUNTY (WITI) -- Charged with first degree reckless homicide in the shooting death of his wife of 56 years, 77-year-old Jack Lang has reached a plea deal in the case against him. 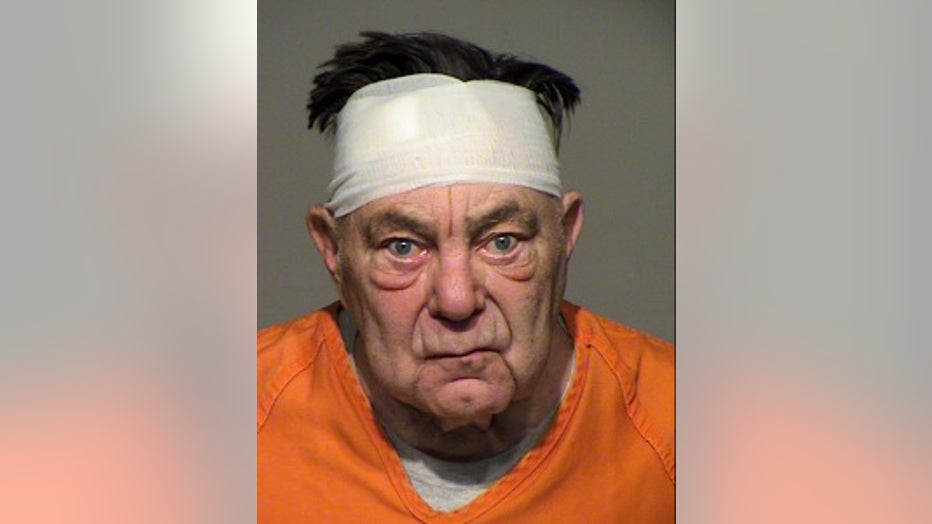 Oak Creek police were dispatched to the couple’s home on W. Wayland Drive on April 16th.

There, police say they discovered June Lang dead in a bedroom. A .22 caliber revolver was discovered on the right side of the bed. On the nightstand were six to eight rounds of ammunition. June Lang was pronounced dead at the scene.

A criminal complaint says officials spoke with Jack Lang, who told them he and his wife had gone to the Firepit restaurant inside Potawatomi Bingo Casino to have lunch with some friends.

According to the complaint, Lang says as he drove to Potawatomi, his wife began calling him names — specifically calling him a “baby.” He says when they arrived, he did not feel well and wanted to leave — but he says his wife started “giving him hell” about having to leave the restaurant.

Lang told officials his wife had been nagging him for about three weeks — and said he had just had enough. The complaint says Lang told officials his wife kept saying he was a “jerk off” because he could no longer show her a good time. He says she also criticized him about having to have neighbors come over to do work around the house because he could not do it anymore.

Lang says he and his wife argued about these things on the way home from Potawatomi, according to the complaint — and Lang says when they got home, “he just lost it.”

The complaint says Lang asked his wife to be quiet and to “lay off” because he wasn’t feeling well — but says she just continued to nag him.

The complaint says Lang told officials he loved her, but couldn’t take it anymore. He went into the bedroom and retrieved his .22 caliber gun — and loaded it with bullets.

Lang told officials he again asked his wife to shut up — and says even after he had the gun, she kept yelling at him from the other bedroom. That’s when Lang says he went into the bedroom and shot his wife. According to the complaint, Lang told officials his wife was legally blind — but he told her he had a gun and she said she didn’t believe him.

Lang says he had the gun about three inches away from his wife’s face when he shot her, according to the complaint.

Afterwards, Lang says he tried to shoot himself — but just grazed himself once, according to the complaint.

Jack Lang will be sentenced on January 30th.