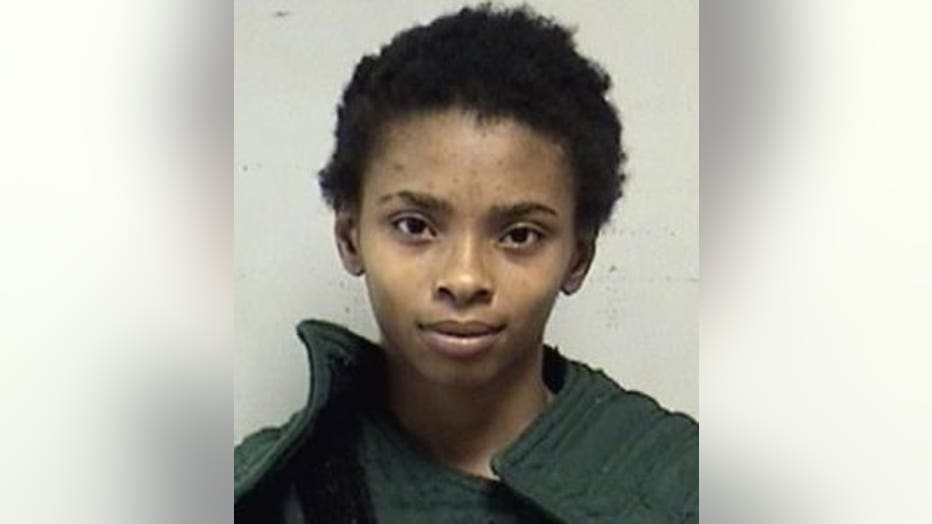 KENOSHA COUNTY -- Community groups paid $400,000 to free Chrystul Kizer, 19, -- awaiting trial in connection with the death of her alleged sex trafficker, Randall Volar III, 34. Kizer faces life in prison after prosecutors said Kizer shot Volar, and then set his house on fire on the morning of June 5, 2018.

A news release Monday, June 22 said the Chrystul Kizer Defense Committee, Chicago Community Bond Fund, Milwaukee Freedom Fund and Survived & Punished "paid Chrystul’s $400,000 bond so that she can continue fighting her case from outside of a cage and with the support of her community."

"She was criminalized for surviving, and that was wrong," said Santera Matthews with the Free Chrystul Defense Campaign. "Our work has really been about uplifting Chrystul's story -- really getting it out there that she is a survivor of sex trafficking, and that she shouldn't be punished."

After two years behind bars, Kizer was pictured Monday standing outside the Kenosha County Jail.

"Really, what everyone wanted to relay to her is that we're so glad she's here," said Sharlyn Grace with the Chicago Community Bond Fund. "We really hope that this is going to give Chrystul the chance to start healing and getting the care she should've always been provided. "This will support her case and prevent her from being wrongfully convicted." 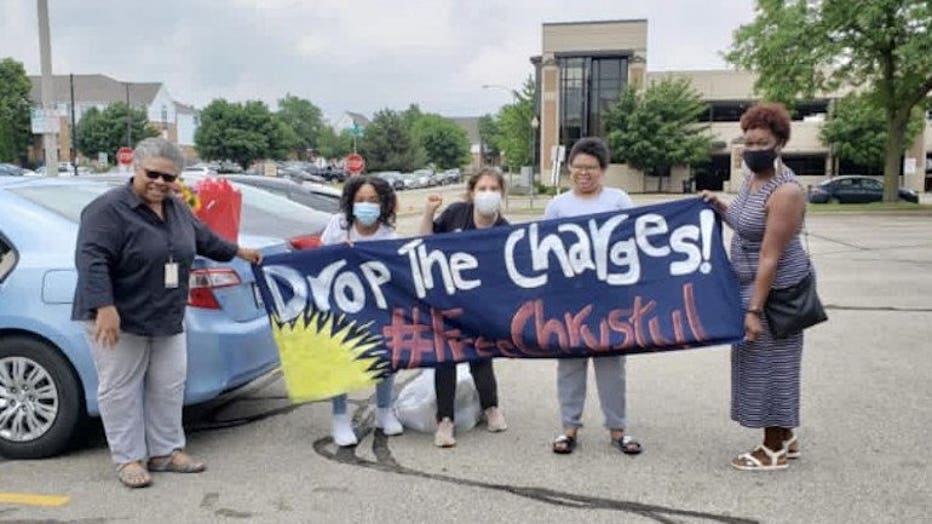 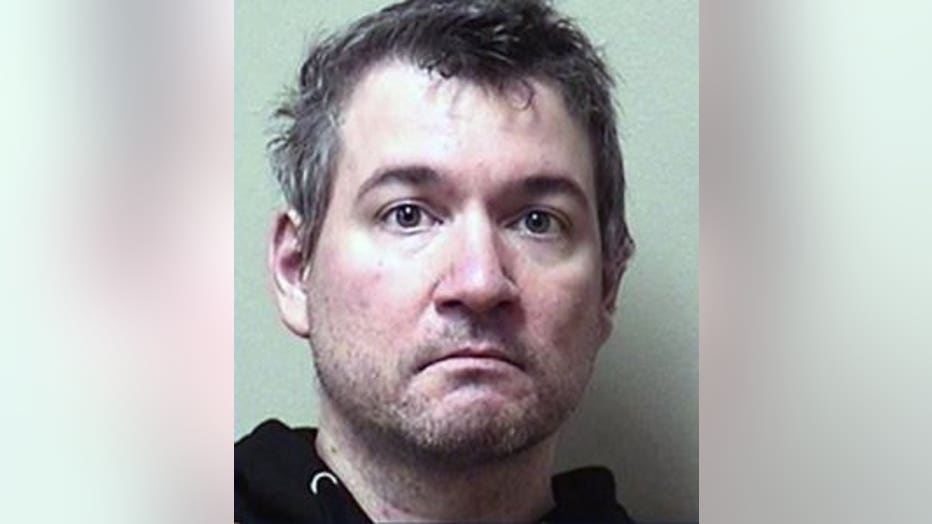 The release said the funds used to free Kizer "will be used establish national bail fund to support survivors of domestic and sexual violence facing criminal prosecution for self-defense."

"Chrystul Kizer is a Black 19-year-old survivor of sexual violence currently facing criminal prosecution for actions taken in self-defense. For almost two years, Ms. Kizer has been incarcerated in the Kenosha County Jail while awaiting trial and presumed innocent. In February 2020, Ms. Kizer’s $1 million dollar bond was reduced to $400,000—still an unimaginable sum. Today, the Chrystul Kizer Defense Committee, Chicago Community Bond Fund, Milwaukee Freedom Fund, and Survived & Punished paid Chrystul’s $400,000 bond so that she can continue fighting her case from outside of a cage and with the support of her community. When Chrystul’s case ends, the majority of the returned bond money will be used to establish a national bail fund for criminalized survivors of domestic and sexual violence under the direction of Survived & Punished and housed at the National Bail Fund Network. A percentage of the returned money will also be donated to Milwaukee Freedom Fund for its ongoing bail fund. Chrystul’s Defense Committee is currently collecting donations to support her legal defense, living expenses, and costs of her ongoing treatment and care.

In June 2018, Ms. Kizer was charged in the death of Randall P. Volar, III, a white man from Kenosha, WI. Prior to his death, Volar was known to authorities in Kenosha. In February 2018, he was arrested on charges including child sexual assault. Police discovered evidence that he was abusing multiple Black girls, including Ms. Kizer, then age 17. While Ms. Kizer has maintained that her actions that led to Volar’s death were in self-defense and evidence demonstrates that Volar had trafficked her since she was 16-years-old, Kenosha County District Attorney Michael Graveley is pursuing charges that would incarcerate Ms. Kizer for the rest of her life," the release said.

After charges were filed, prosecutors said they would be looking into Kizer's claims about Volar "touching her."

In January, dozens of people came together to ask the Kenosha County district attorney to drop the charges against Kizer after a Washington Post investigation revealed Volar was trafficking Kizer and other underage black girls but was never charged before police say Kizer shot him. A Change.org petition with more than 958,000 signatures asks that all charges against Kizer be dropped.

The prosecution maintains Kizer had a plan to kill Volar. The Kenosha County district attorney has been vocal about this on Facebook -- asking everyone not to jump to conclusions before all the evidence comes out at trial.

The broader issue, according to the Washington Post investigation, is a law that allows victims to be acquitted if they committed a crime because they were trafficked. A judge said that could not be applied to Kizer's whole case -- and Kizer's attorneys are appealing that.

The following charges were filed June 13, 2018 against Kizer:

She has pleaded not guilty.

According to the criminal complaint, emergency responders were first called to a home on 14th Avenue around 5:30 a.m. on June 5, 2018 for a house fire. Inside, they found Volar deceased -- his body "badly charred" and "unrecognizable." 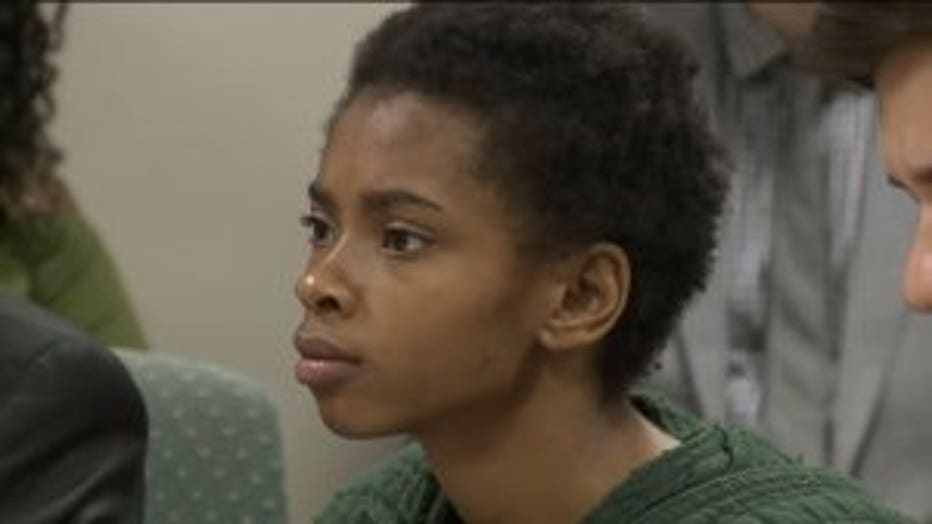 When investigators began looking at this case more closely, they determined Volar's vehicle had been taken from the residence. Milwaukee police later recovered it near 6th Street and Canal Street in Milwaukee. Inside the vehicle, officers found a receipt indicating a transaction at a Milwaukee area Family Dollar on June 5, 2018. Surveillance video showed three individuals, two males and a female juvenile, inside the store. Inside the vehicle, officers also found a cellphone which had photos of the same three people in the store -- who had taken selfies inside the vehicle. Investigators noted the "data tags on these photos were all taken after Mr. Volar's body had already been discovered."

The two males in the surveillance video were later identified by officials. Investigators spoke with one of them who identified the female as Kizer. That same person indicated where Kizer lived -- and noted she had taken an Uber ride from near that location to a location near Volar's home in Kenosha late on June 4, 2018. 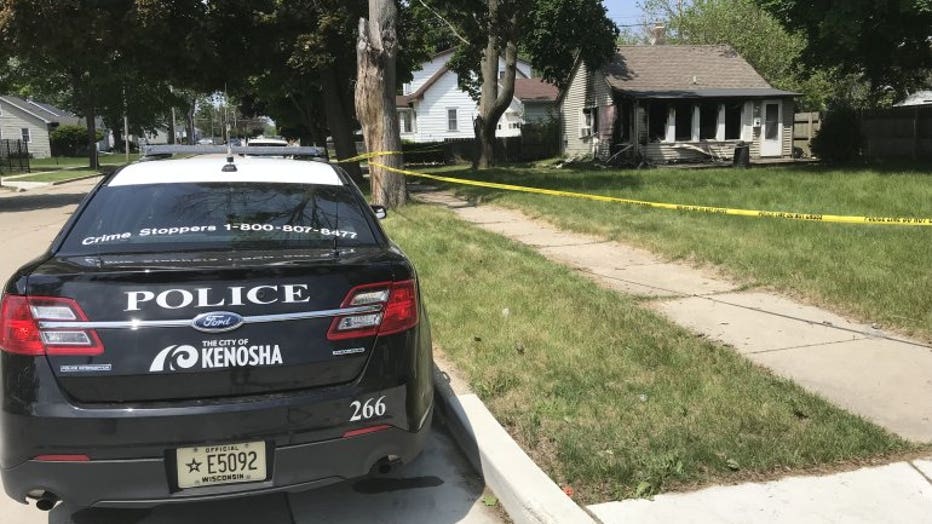 The complaint said detectives obtained a booking photo of Kizer -- and "it matched a selfie on a Facebook page that was attributed to" Kizer in this investigation. The complaint said "the Facebook page appeared to have a selfie taken in front of a set of black curtains and with other items which (the detective) could identify as items seen at the Volar home when he went there after the fire on June 5." 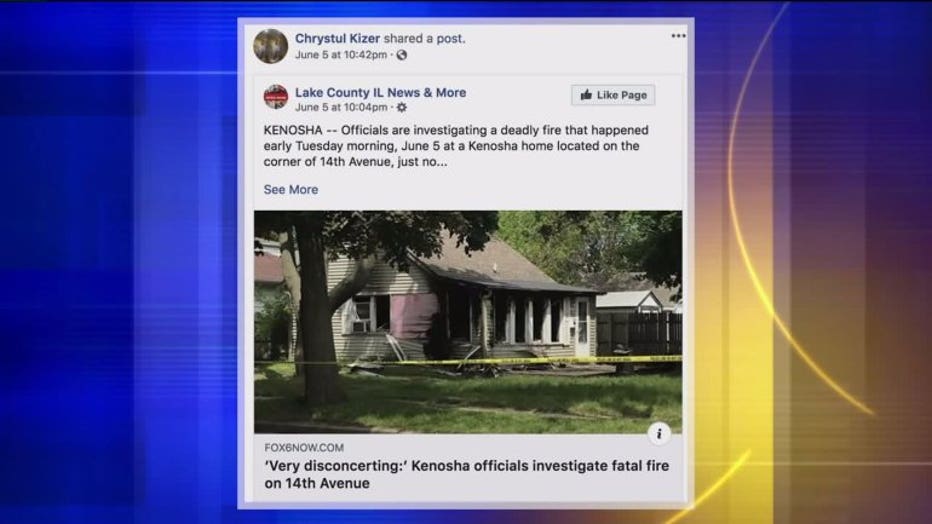 Detectives monitored Kizer's Facebook page and noted on June 8, 2018, three days after the fire, she "posted a live video on her page in which the she displayed what appeared to be a handgun and pistol ammunition." She made reference to giving her brother the stolen car from Volar's residence -- and stated "she wasn't afraid to kill again." The detective indicated that also on her Facebook page, Kizer had shared an article from FOX6 News about the fire at Volar's home.

Prosecutors said she wrote on Facebook, "This is my mugshot." After the crime, prosecutors said Kizer went to her boyfriend's house and "stated that she had shot the white dude." 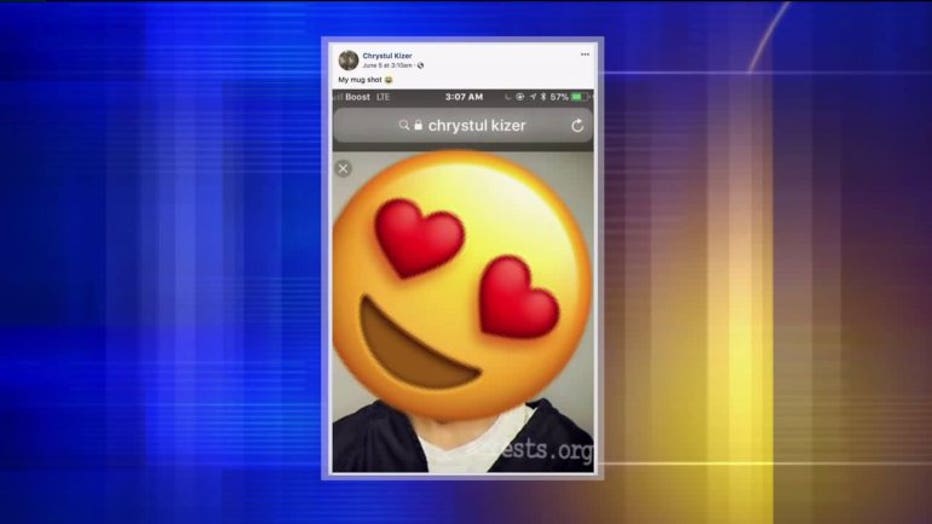 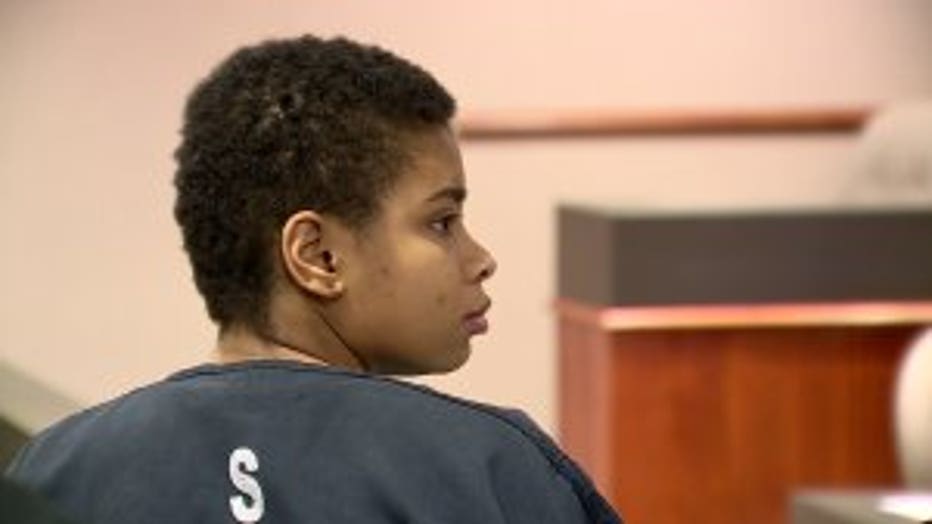 "We do believe there is more to the story that hasn't been presented," said Ben Schwarz, Kizer's lawyer, shortly after charges were filed.

On June 9, 2018, detectives interviewed Kizer about the Volar case. Initially she told investigators "she had never been to Kenosha and knew nothing about the (stolen car)." When Kizer was shown a picture of Volar, she "indicated that he had helped her with money and places to stay," prosecutors said.

Kizer later admitted that she was in Kenosha, the complaint said. Kizer "explained that she took an Uber to the (Volar) residence on June 4." When asked whether she was the one who shot Volar, Kizer admitted "she had gotten upset and she was tired of Mr. Volar touching her." The complaint said "she pulled the trigger."

When asked about the fire that was set after Volar was shot, the complaint said Kizer stated "she watches the show Criminal Minds and she decided to make a fire."

Kizer said she cleaned up after herself and put her dishes in the dishwasher and then poured a red liquor everywhere, grabbed tissues and toilet paper, and started a fire. She also admitted to leaving the house out of a window rather than the front door, according to the complaint.

Prosecutors said she took Volar's BMW, laptop and some cash.