PASADENA, Calif. - Pasadena looked much different this New Year's Day as the pandemic forced the Rose Parade to cancel and pushed the Rose Bowl out of California.

However, a group of people organized their own version of a parade in Pasadena Friday afternoon. 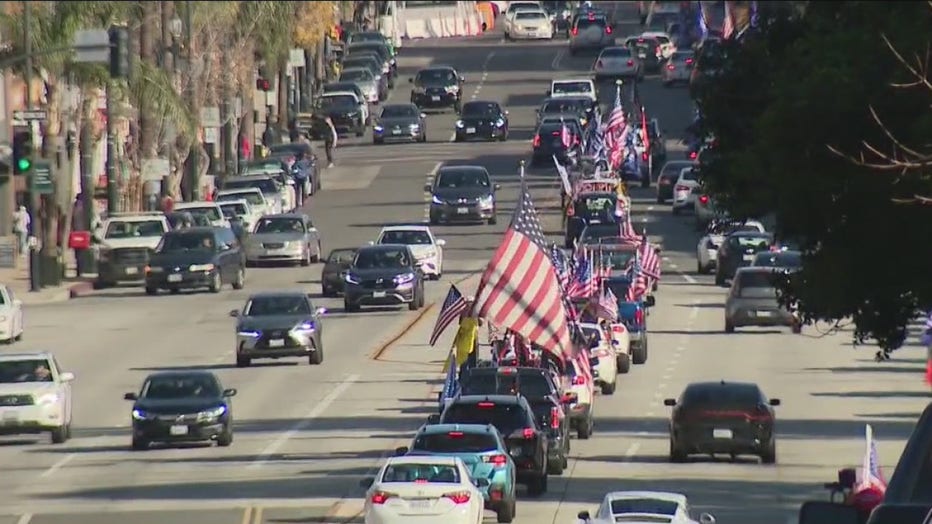 At least 600 vehicles gathered at the Rose Bowl parking lots and caravanned along the route where crowds would have packed themselves in to enjoy floats that had taken almost a year of planning and building. There were no stands, no large crowds, but the cars and trucks covered in Trump support decor, along with flags and flowers made their way.

An organization, Trump Unity Bridge, posted on social media that it was going to "uncancel" the beloved Pasadena tradition by holding an event called the "Patriots' Rose Parade." People watched them go by, mostly amused, some a bit more vocal in their displeasure. 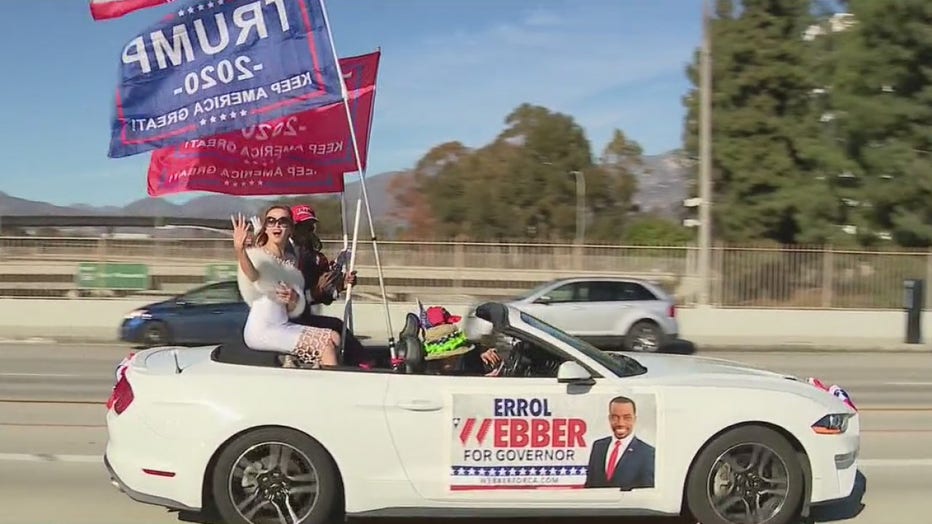 This was an unapologetic Trump support crowd, and yes, they were talking about the election they believe is being stolen from Donald Trump. The galvanizing point, though, seems to be the cancellation of the Rose Parade and game, which brings as much as 200 million dollars to the economy.

There is no word on how much losses will be this year, but merchants along Colorado Blvd. in downtown Pasadena tell us they are barely hanging on. That doesn’t mean they all supported the caravan, but many were hoping a large number of people would park and spend money.