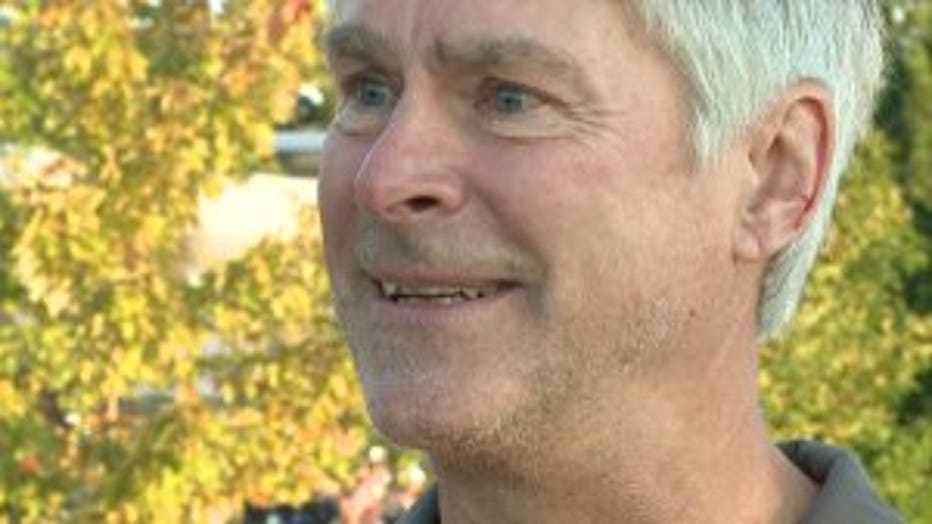 "Being around runners, ready for competition and battle is really what it's all about," said Scott Stauske, race director.

More than 2,000 runners laced up for a competitive race. The 26.2-mile race started in Grafton and took runners through country-scapes and residential areas in the North Shore. The race ended at Maier Festival Park.

"It's just so wonderful to see how hard people worked, and that they're here at the big event," said Sandra Hetzel, who cheered on her brother-in-law. 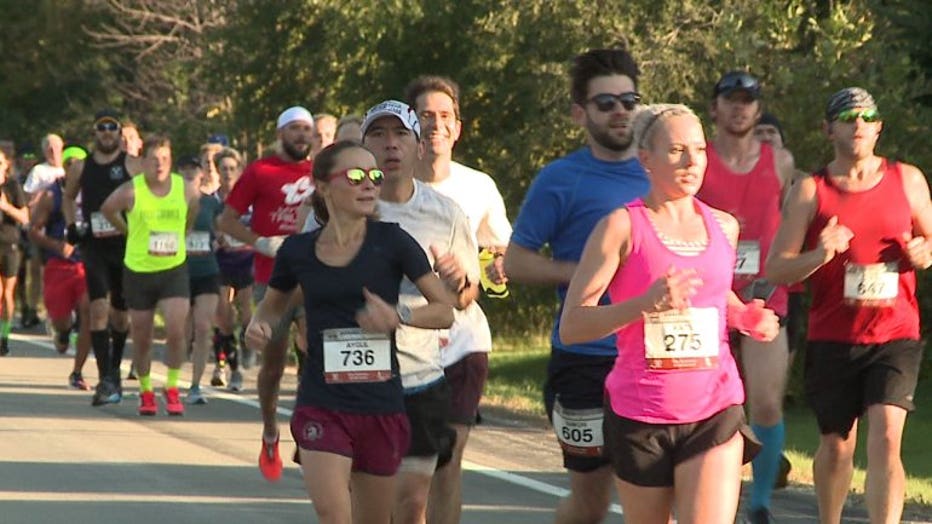 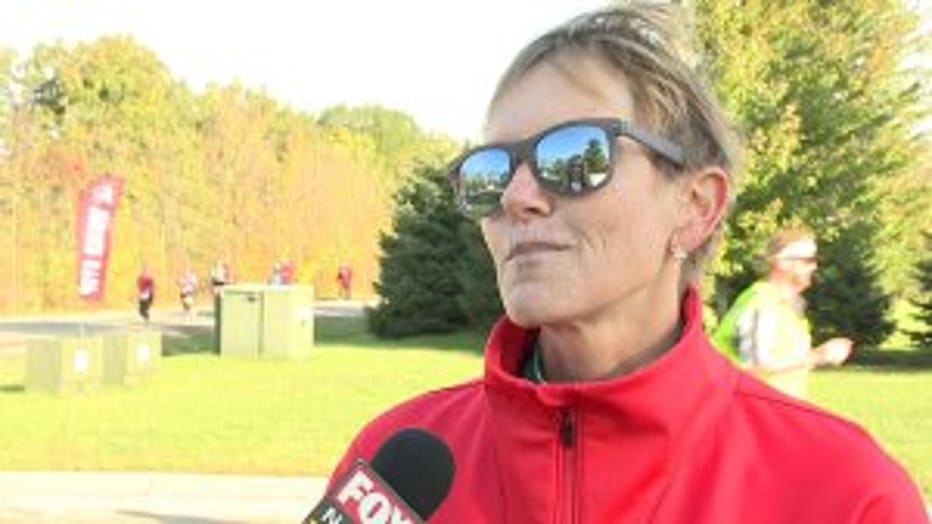 Along the route were people like Hetzel, supporting their family and friends.

"He shed off a few layers because he was warming up," said Hetzel.

Hetzel is a runner herself, but she said spectating is an entirely separate event from the race.

"It is great to be here and feeling the energy and cheering him on to the end," said Hetzel. 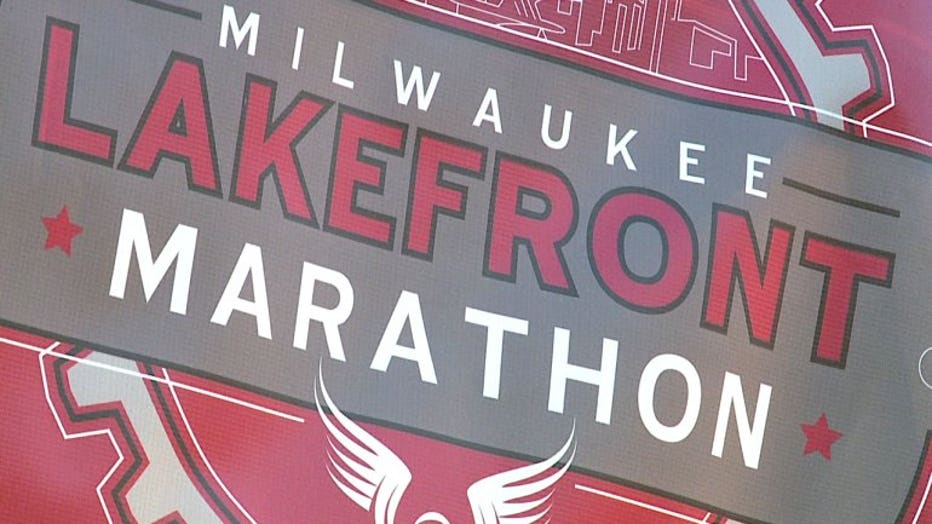 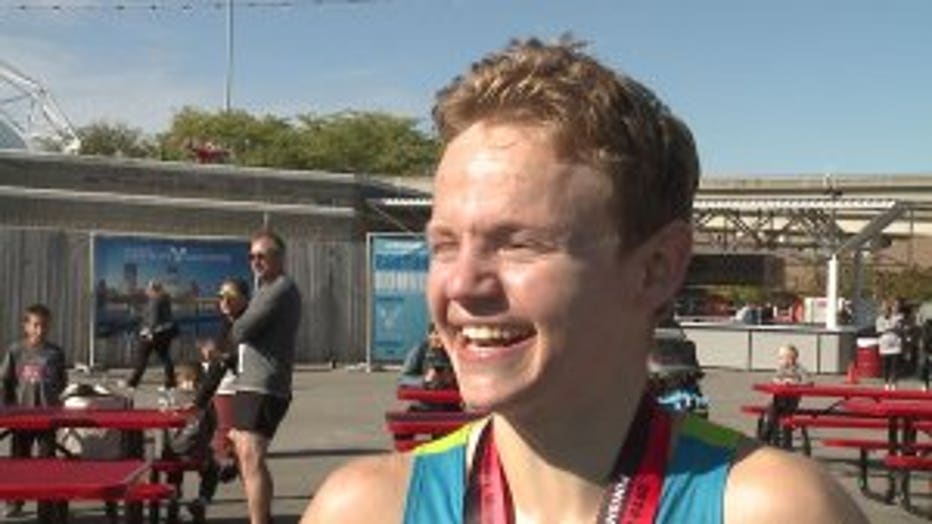 At the finish line, people like Jedidiah Dodge caught their breath before taking it all in.

"It's a good course," said Dodge. "A beautiful day. It was a little windy, but it was alright."

Dodge said the hardest part was dodging the wind.

"About the last six miles, it was right in the face, especially right down by the lake here," said Dodge.

This was the first year the finish line was at Maier Festival Park. 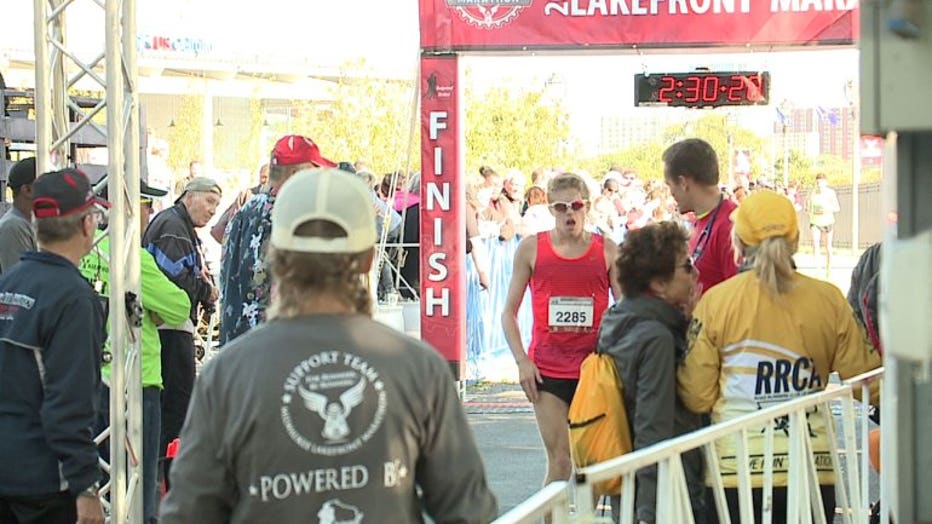