PARK CITY, Utah — Midway through the film festival he founded more than four decades ago, Robert Redford hopped out of a car and hollered to his grandson. The 28-year-old Dylan Redford was later that evening to premiere at Sundance a film he co-directed.

Redford, 83, created the Sundance Institute, which puts on the annual Park City festival, to give young filmmakers their moment — a platform to showcase something different. Occasionally, that’s included the work of his own family. Redford’s generosity extends far enough that he’ll say yes even when his grandson asks if he’ll take a momentary break from retirement to appear in an unconventional Miami mosaic titled “Omniboat: A Fast Boat Fantasia.” And voice a dolphin named Lokia.

“He broached the idea to me in California. When they put the idea forward, I said, ‘That sounds like a really interesting idea. Go do it and I’ll play whatever role you want me to play,’” Redford recalled in an interview alongside Dylan. “And they said, ‘OK, you be the voice of the dolphin.’”

Redford smiled. “At least I’m not a whale.” 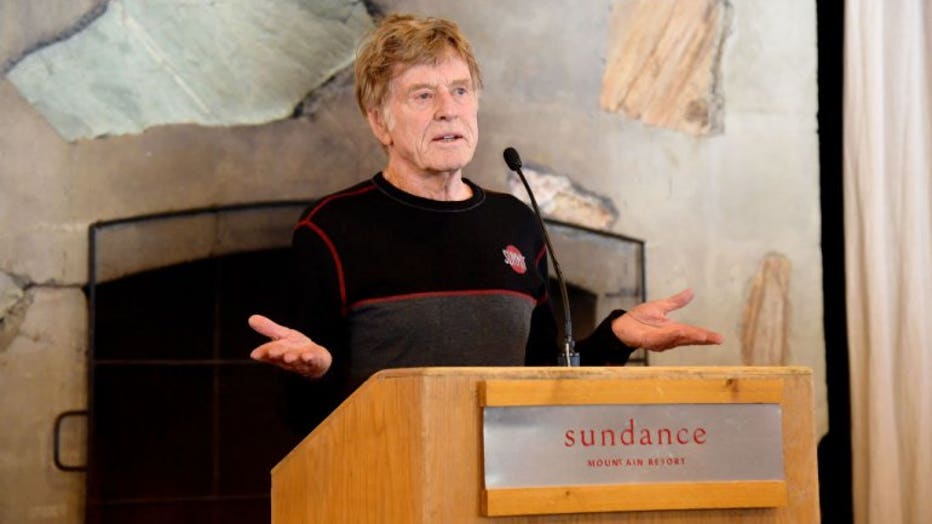 “Omniboat” premiered Sunday at Sundance. Dylan is one of 15 directors of the film, a surreal Miami travelogue through the lens of a variety of filmmakers with the only proviso that their chapter include the movie’s central speed boat. It’s a product of a Miami-based nonprofit collective called the Borscht Corporation that Dylan has worked with. He hopes it’s the start of a filmmaking career.

“It almost feels like I didn’t really have a choice,” says Dylan, who has the auburn hair and warm demeanor of a Redford. “I was born into it. I’ve always felt so supported by my grandfather, my dad, my mom. This is where I want to be. This is the type of work I wanted to be making: fresh, forward-looking.” 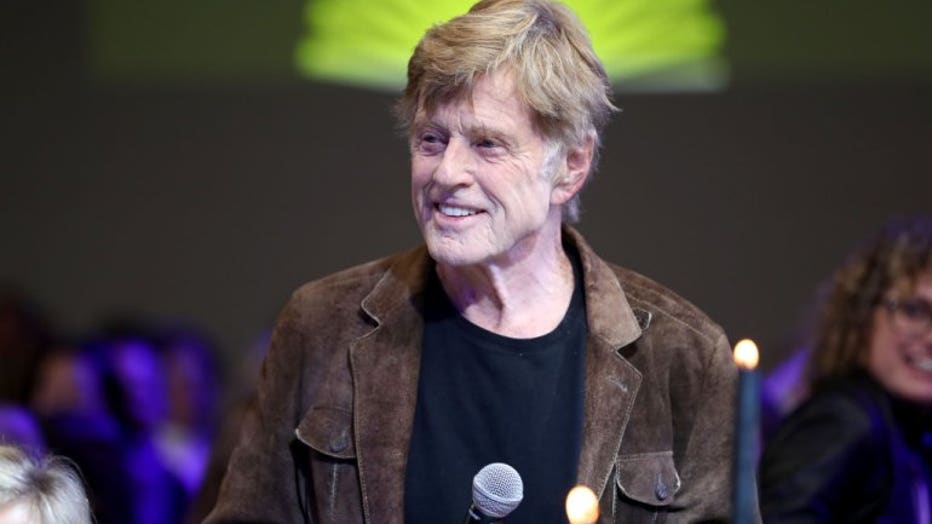 Dylan is just starting out while his famous grandfather is easing into retirement. Redford’s last film as an actor (not counting “Omniboat”) was 2018’s “The Old Man & the Gun,” a poignant finale for an actor who has always considered himself an outlaw.

At the time, Redford still had a few potential directing projects afloat but he’s instead stepped back to produce. The last of them, he says, is “109 East Palace,” about J. Robert Oppenheimer and the creation of the atomic bomb. “That will probably be the last,” Redford said of the project, which he’ll produce.

Word has gotten out that Redford isn’t available. Scripts, he says, “don’t come to me so much anymore.” And he’s happy with it that way.

“I’m enjoying it a lot. I’m going back to the way I started before I became a filmmaker which was to be an artist, a painter and a sketch artist. I missed that,” says Redford. “That’s how I observe the world around me. I come to understand people by sketching them. If you sketch them can you see something deeper in them? It’s kind of a challenge but it’s fun.”

Dylan’s father, James Redford, is a filmmaker, too, working mainly in documentaries. He also helps run the Redford Center, a nonprofit focused on environmental filmmaking. Dylan considers Borscht Corporation a smaller, Florida version of Sundance. It, too, holds a regular film festival and strives to celebrate underrepresented voices.

“It kind of runs in our family that we’re not just satisfied by making a movie. It’s a broader ecosystem that we’re all really invested in,” says Dylan. “I grew up seeing how my grandpa was always invested in not just the movie itself but incubating the infrastructure to make sure unheard voices were being platformed.”

This year’s Sundance was t he first in decades that wasn’t kicked off with a press conference with Redford. He has been content to recede as the face of the festival. “It’s gotten so big,” he says. “It’s beyond my control.” Redford is more present around the Sundance Institute, 30 miles away, where various labs have played a huge role in developing filmmakers and their movies — many of which wind up at the festival. The day before, Redford found it powerful to see Julie Taymor, the Broadway director who long ago attended Sundance labs, premiering her latest film, the Gloria Steinem biopic “The Glorias.”

“When you think you’ve achieved something, you get to the point where you say: What can I put back? For me, putting back was giving new filmmakers the chance to have their voices heard,” Redford says. “What can I do to support that? It just felt good. Putting something back means that you’re making something continue. You hope.”