PHOENIX, Ariz. -- What began as a wrong text from an Arizona grandmother to a 17-year-old ended in a heartwarming story.

Wanda Dench thought she was texting her grandson when she sent out details about Thanksgiving dinner, KSAZ reports

But instead, 17-year-old high school senior Jamal Hinton got the random message while in class.

Jamal texted back asking who it was, and Dench responded with: "It's your grandma."

Jamal asked for her picture "just to double check."

Dench responded with a photo of herself. Jamal then sent her a photo of himself to establish that they were not related. But he figured he'd ask if the offer for Thanksgiving dinner still stood.

Dench, a complete stranger, said she would still save a plate for him because "that's what grandmas do. Feed everyone." 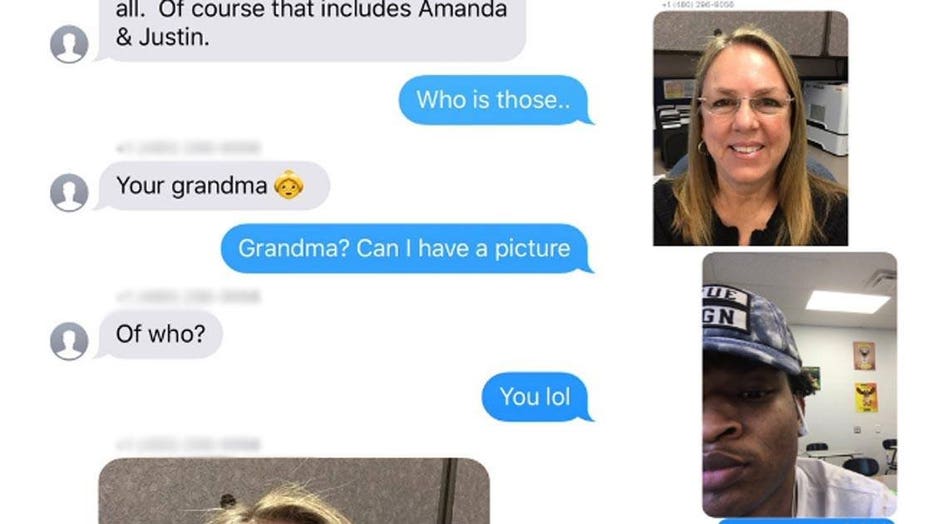