MADISON -- Gov. Tony Evers on Monday, May 11 allowed nearly all nonessential retail stores to reopen as long as they serve no more than five customers at a time, partially lifting the restriction that has kept them closed for weeks to slow the spread of the coronavirus.

The latest order, which took effect immediately, addresses criticism from smaller stores and Republican lawmakers that it was unfair to allow essential businesses such as grocery stores to remain open while nonessential ones such as flower shops had to close under the “Safer at Home” order. The latest order applies to all standalone stores and those in strip malls that have entrances to the outside, but not to stores in large indoor shopping malls.

Allowing the smaller retail stores to open will revive about 90,000 jobs in 14,000 businesses, said Missy Hughes, secretary of the Wisconsin Economic Development Corporation. More than half a million people have filed for unemployment benefits in Wisconsin since mid-March.

The order applies to retail stores, but not businesses providing services like hair dressers, nail salons and barbers. Bars and restaurants would also still only be allowed to offer pick-up or delivery. Evers said given the restriction on the number of customers, he didn't think larger nonessential retail stores would choose to open, even though they could.

The order, issued by Department of Health Services Secretary Andrea Palm at Evers' direction, strongly encourages all shoppers and store workers to wear masks, but does not require it. Everyone in the store must maintain a 6-foot distance from one another. Evers also allowed drive-in movie theaters to reopen. 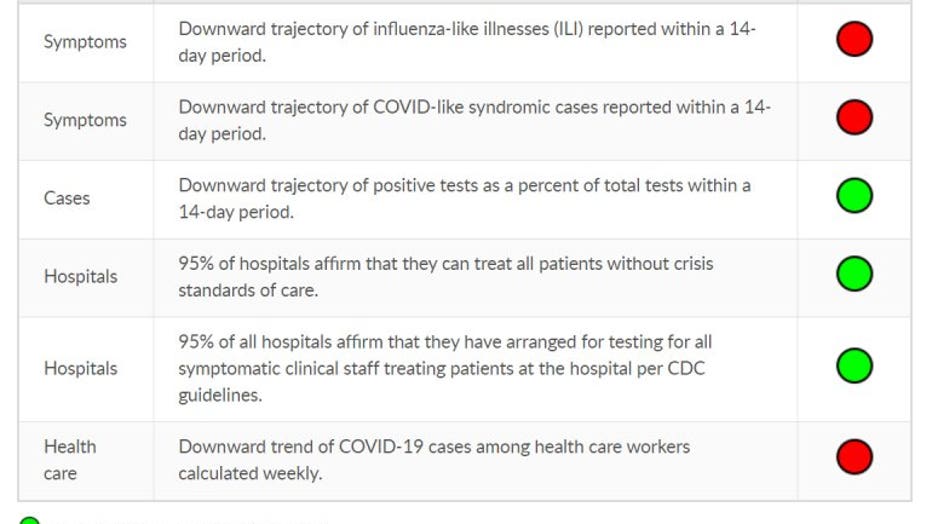 “This is another disciplined turn of the dial that will allow Wisconsin’s business owners to safely get back to work and Wisconsin consumers to support their favorite local spots,” Evers said in a statement.

“It’s time to get everyone back to work in every part of the state," Vos said.

The Wisconsin Supreme Court is weighing a lawsuit brought by Vos and Senate Majority Leader Scott Fitzgerald that seeks to block the extension to May 26 of the “Safer at Home” order and take away the power of Evers’ health secretary to make similar orders in the future. Instead, the Evers administration would have to work with the GOP-controlled Legislature on enacting a rule.

Also on Monday, free community testing sites opened in Milwaukee and Madison, expanding the number of locations where people can show up without an appointment to get screened for the highly contagious virus without having to leave their vehicles. 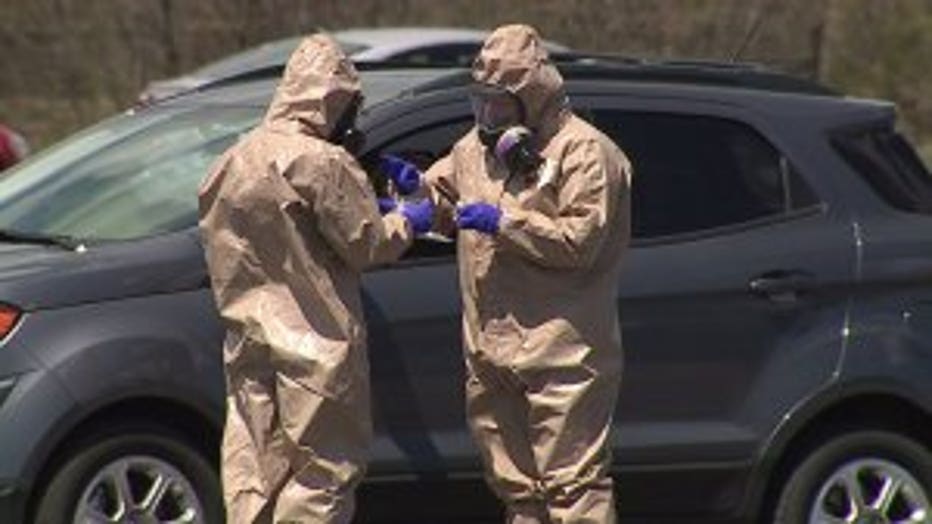 The community testing sites are part of the state's ongoing effort to create testing sites in areas with a known lack of access to COVID-19 testing or with community spread, which is when health officials can't trace how a person contracted the disease.

Lines of cars stretched for blocked in Milwaukee, with people saying they had to wait for hours to get tested. Milwaukee has been hit hard by the virus, with more than half of the deaths and a third of the confirmed cases recorded in Milwaukee County.

Health officials urge anyone experiencing COVID-19 symptoms or who has been in close contact with someone who has the virus to get tested. National Guard troops are helping process people at the sites. In Milwaukee, as many as 500 people a day were expected to come through.

As of Monday, more than 10,400 people had tested positive for COVID-19 in Wisconsin, which had a death toll of 409 deaths. The actual number of people in the state who have contracted the disease is believed to be much higher because of a lack of testing and some people who catch it don't show symptoms.

Evers' three-phase plan for easing his “safer at home” order would be triggered only after the state meets six criteria, including fewer new diagnoses of coronavirus, fewer new reports of flu-like symptoms, and a lower percentage of positive coronavirus tests for 14 days. As of Monday, only three of six criteria for entering the first reopening phase had been met.

Establishing the community testing sites is part of the Evers administration plan to increase testing to get a better handle on where the virus is and to limit its spread.