Governor Tony Evers visited small businesses in Racine on Sunday afternoon as part of his "Do the Right Thing Agenda."

RACINE, Wis. - Governor Tony Evers visited small businesses in Racine on Sunday afternoon, Sept. 4 as part of his "Do the Right Thing Agenda."

"Wanted to visit with some folks that are owning small businesses, and things are going well," said Evers. "People are excited. It’s great to be here in Racine, and they’ve done a great job taking their Main Street into the next generation."

A statement from the governor's office said Evers' administration has invested more than $1 billion to support small businesses, farmers and tourism, lodging and entertainment industries, and "more than 5,200 small businesses have opened their doors or expanded during his first term."

During his visit, the governor noted inflation, supply chain issues and gas prices as challenges for small business owners. 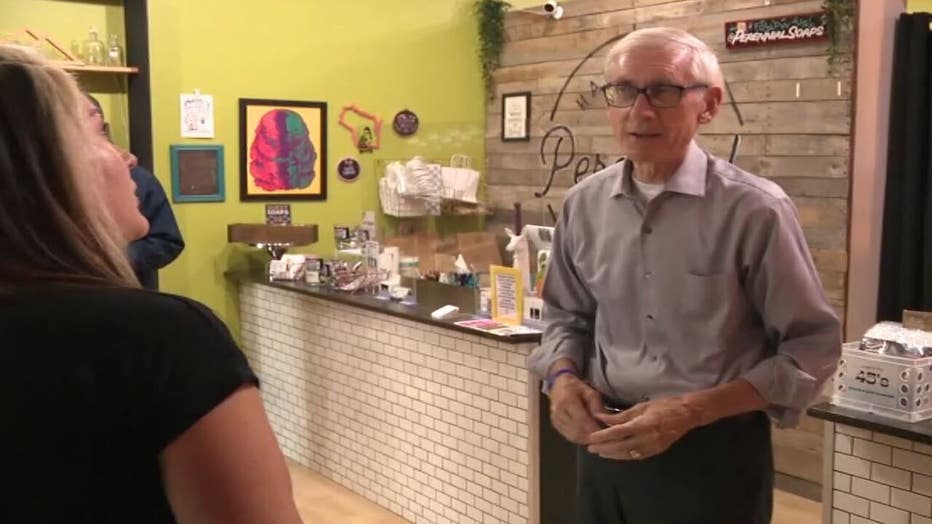 "We’re certainly working on the issue of mitigating inflation, that’s for sure," said Evers. "It’s really difficult for the state to deal with supply chain issues, but as far as we’re hoping to get some of this money out the door that we have in the surplus and give it back to the people of Wisconsin and these businesses, too. It’s important that we also look at lowering gas prices. There are things that we’re hoping we can do. We’ve put this out to the Republicans. They don’t seem to be interested yet. The fact of the matter is we have a surplus now, whether it’s before an election or after an election, so maybe they’ll come in after the election and make some progress."

"The President is a force, whether it’s a Democrat or Republican, and we like to have presidents visit our state," said Evers. "Obviously, President Biden is coming for Labor Day to talk about the importance of labor, union labor in particular, and it’s my honor to be able to introduce him."