MADISON -- Wisconsin Gov. Tony Evers ordered a statewide ban on all gatherings of more than 10 people as of 5 p.m. Tuesday, March 17, and closed all bars and dine-in restaurants (delivery and pickup orders are still permitted). This comes as unprecedented disruptions to daily life are being made in an attempt to limit the spread of coronavirus.

The restriction to limit gatherings to less than 10 people mirrored a recommendation made by President Donald Trump on Monday. 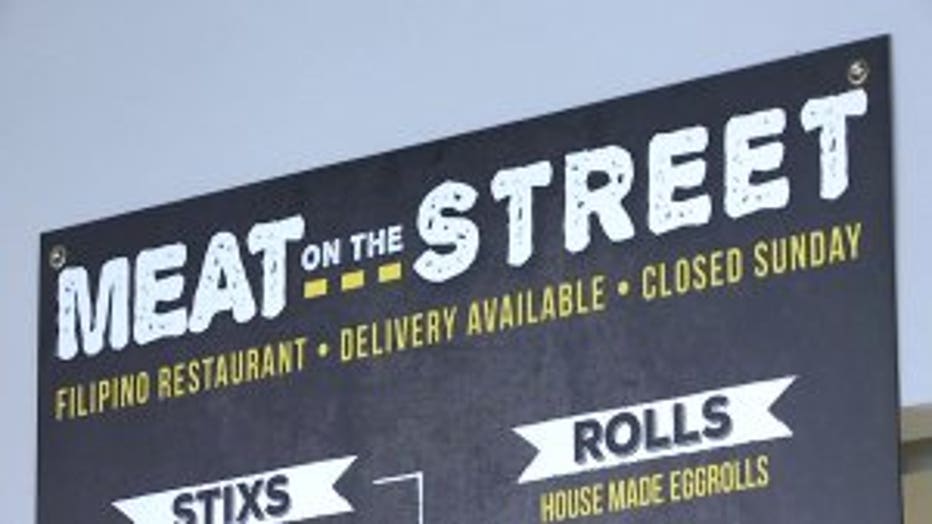 Meat on the Street

FOX6 stopped by Meat on the Street in Milwaukee Tuesday as business owners worked to adjust to this new normal.

"It's just been so crazy," said Alexa Alfaro. "Our sales last week drastically declined, an overall decline of 30%."

Meanwhile, tables in the seating area at Eleven25 at Pabst were left without chairs.

"We are hopeful, and we are pretty certain we will be able to make it through all the ups and downs," said Alfaro. 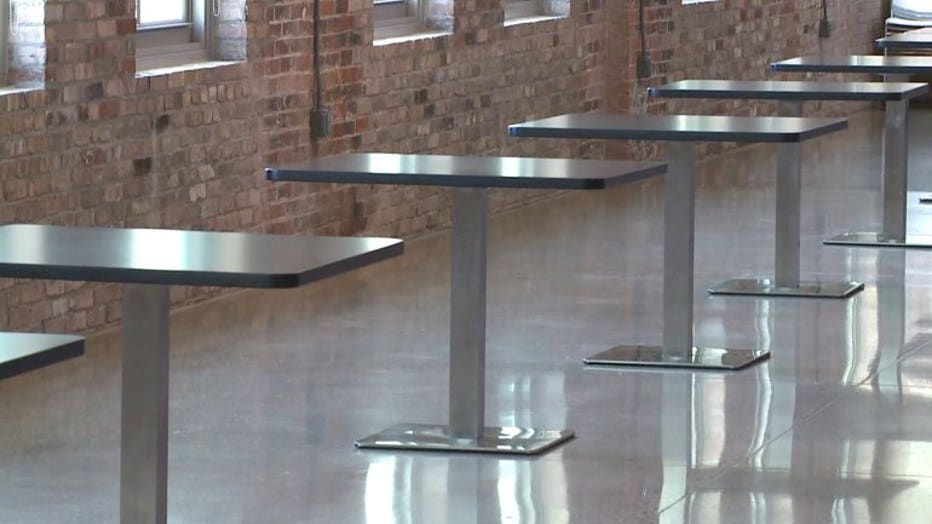 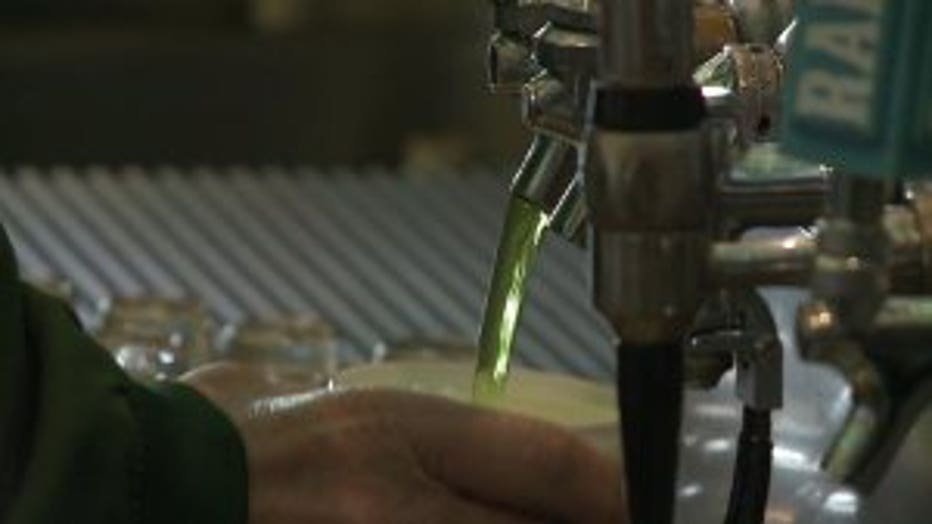 Alfaro, co-founder of Meat on the Street said she's thankful for the community support.

"The community has rallied, and we feel lucky to be in a community that is willing to support us," said Alfaro.

At Lynch's in West Allis, green beer was flowing on St. Patrick's Day morning, but not for long.

"We opened up this morning, and everybody was a little nervous," said Joe Lynch, owner. "Apparently, everybody else is looking at it the same way we are." 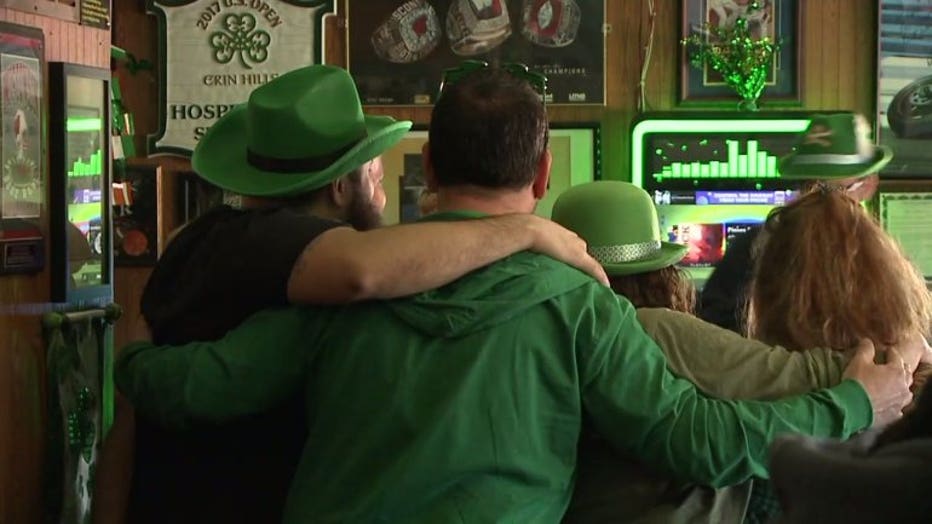 Support for business owners and employees

Senate Majority Leader Scott Fitzgerald said the Legislature would consider ways to mitigate losses to businesses, employees, and everyone else affected by the virus.

Evers’ administration and Republicans who control the Legislature have been at odds on issues large and small since Evers took office last year. But the coronavirus, and the need for the state to react, appears to be bringing them together for now. 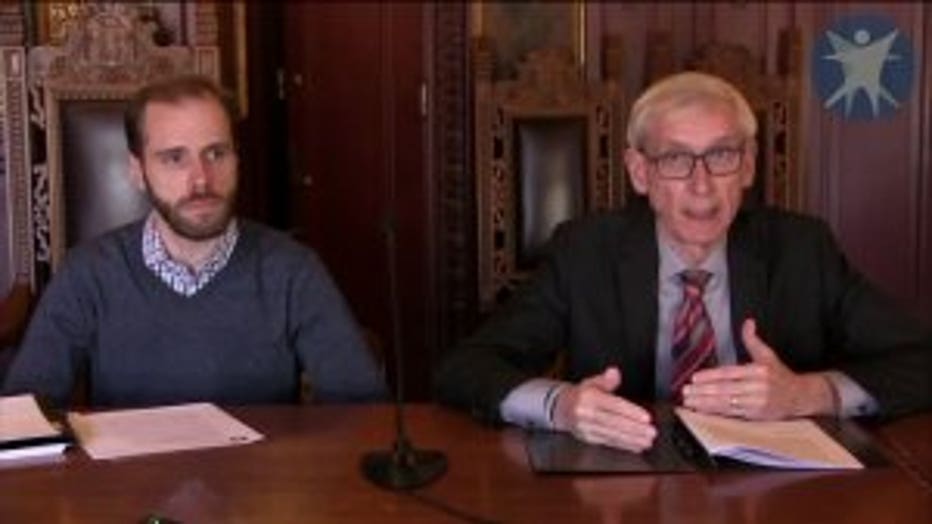 Before the outbreak, the state had a projected $620 million budget surplus by the middle of next year. Fitzgerald said he didn't know how much of that would not materialize given the economic downturn, or would be available for any state stimulus package. He said he would be wary of committing too much at this point.

Evers announced plans to issue an emergency order Wednesday to waive work search requirements and modify the availability requirements for unemployment insurance benefits for workers impacted by COVID-19. Evers announced that his order will waive the requirement that UI claimants conduct at least four weekly work search actions during the COVID-19 emergency. His order will also ensure that claimants who are otherwise eligible but out of work due to COVID-19 are considered available for work and therefore eligible for benefits.

Evers, 68, is a cancer survivor. He said Tuesday he had not been tested for the virus, was showing no symptoms and that he hoped to not get tested because he's concerned about the availability of tests for people who need them.

Other announcements from Gov. Evers

Evers also extended the closure of all public and private K-12 schools indefinitely.

He also reiterated that he has no intention of delaying the state's April 7 presidential primary and general election. Republican Senate Majority Leader Scott Fitzgerald also said a delay wasn't being discussed.

“We might be asking for more in the coming weeks,” Evers said of the restrictions. "We appreciate what everyone is doing across the state of Wisconsin. This is an evolving process.” 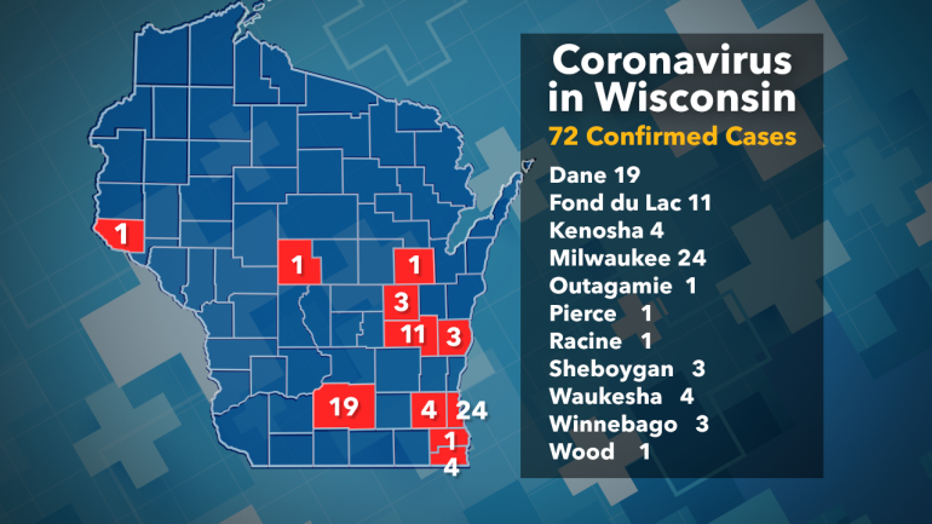 Officials with the Wisconsin Department of Health Services (DHS) announced Tuesday there were 72 positive cases of coronavirus in the state, and 1,038 people who tested negative.

The state total, updated at 2 p.m. daily, also did not include 40 positive cases confirmed by Milwaukee County officials in a 4 p.m. news conference Tuesday. The 42 additional cases brought the state total to 90 Tuesday.

With health officials noting evidence of community spread in Dane County, Kenosha County, and Milwaukee County -- meaning people were testing positive even though they hadn't traveled to areas with a high concentration of the virus or had knowingly been in contact with someone who has it.

Health officials did not have details of the ages of those infected or how many were hospitalized. They also did not have exact numbers on how many hospital ICU beds were available or ventilators for patients who would need them.

For most people, COVID-19 causes only mild or moderate symptoms, such as fever and cough. For some, especially older adults and people with pre-existing health problems, it can cause more severe illness, including pneumonia. The vast majority of people recover.

The state health lab is prioritizing who is tested because of a nationwide shortage of the materials needed to complete the tests, said Dr. Westergaard, Wisconsin's chief medical officer for communicable diseases. He said there were enough supplies for the immediate future. He didn't have an estimate on when it would run out.

“We know that these are not unlimited, so we do need to prioritize the testing equipment we have," Westergaard said.

Meanwhile, hospitals across the state were following federal guidance and canceling elective surgeries as they prepared for a potential influx of patients suffering from COVID-19.

“I commend Governor Evers for making the difficult decision to close all restaurants and bars across Wisconsin except for carryout orders. While I recognize the impact this will have on Wisconsin’s proudest industries, this was a necessary decision to slow the spread of the virus to our most vulnerable citizens. These are unprecedented times, and that calls for unprecedented measures here which means taking advantage of the pickup and delivery options at your local bars and restaurants. I am heartened by the widespread support this measure as from fellow business owners and residents who understand that this policy is not anti-business, it is pro-saving lives. We appreciate Governor Evers’ decision because taking steps now to confront COVID-19 head-on now will ultimately limit the spread of the disease so Wisconsin can get back to business as usual sooner.”