MILWAUKE - Governor Tony Evers unveiled a $45 million investment with the hopes of preventing violence and helping victims. Millions of that will go to Milwaukee, Evers said, but Republicans say it’s too little, too late.

Car thefts, shootings and homicides are up over last year and previous years. Last week, gunshots were fired just before Evers spoke. On Wednesday, Oct. 13, he visited that same neighborhood, blocks away from last week, and he said he's investing in violence prevention.

There have been 154 homicides in Milwaukee, and as of Tuesday, 718 non-fatal shootings. That’s up 150 from the same time last year. The number of car thefts, roughly 8,000, already tops the previous 11 years.

"We’re working to build a future we want for our kids and our state, and that means safe schools, safe streets and safe communities," said Evers.

Governor Evers presented the plan at the COA Goldin Center, which serves low-income children and families. $25 million will go to violence prevention, including $6.5 million to the Medical College of Wisconsin to for research, data collection and education.

"It’s important to note that Milwaukee saw a steady four-year decline in homicides before the pandemic, and so although research is still being done to really look at the direct causal impact of the pandemic, we know that the pandemic caused economic insecurity and other forms of stress that have led to people, in terms of responding to conflict, more aggressively," said Reggie Moore, Medical College of Wisconsin Violence Prevention Project.

Also part of this is $8 million for Milwaukee's Office of Violence Prevention.

"People are affected by the violence that they see, and a lot of people are affected in a way that causes them to believe that, since they are not being protected or invested in, that they have to become as equally violent to protect themselves," said Vaun Mayes, ComForce MKE. "I hope that our local leadership is embarrassed that the state and that our governor made this level of investment before they did."

The second batch of money is to help victims: $20 million. 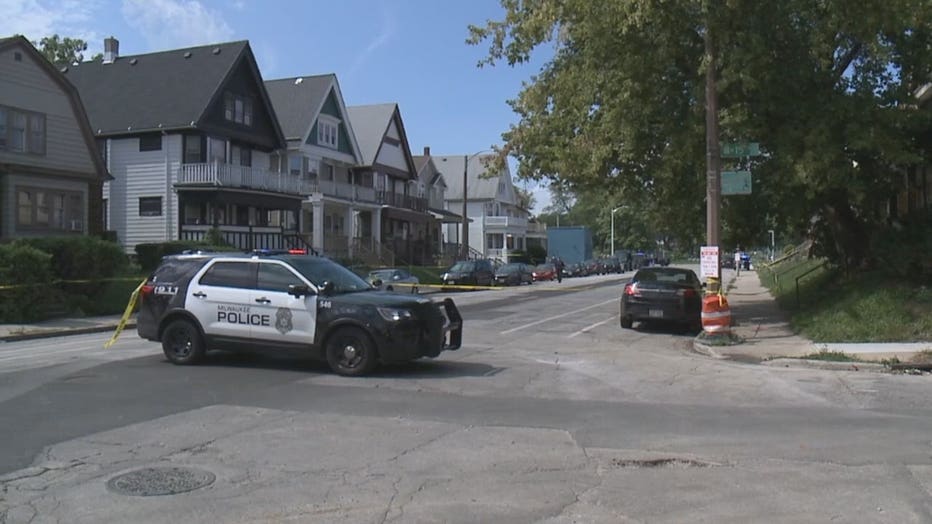 "It’s critical that we provide support for victims of crime because people suffer significant trauma," said Attorney General Josh Kaul. "Being a victim of crime can impact someone’s life in all sorts of ways, so I think we owe it to victims of crime to stand up for them and make sure that services are available 24/7, but it also helps us fight crime because when crime victims know that support is there, I believe it makes them more likely to report crimes to law enforcement and makes them more likely to work with victims’ services so we can both break the cycle of violence, but also, when people are the victims of domestic violence, human trafficking, or sexual assault, making sure they feel empowered to provide that information to law enforcement."

Mayor Tom Barrett calls for using some of the city's share of money to hire 195 new officers.

The Republican Party of Wisconsin Communications Director Anna Kelly says, "Tony Evers has had two years to combat a historic crime wave, but instead, he emboldened criminals and allowed cities to defund the police. Transparent attempts to do damage control right before his re-election year are too little, too late."

The West Allis Police Department is looking for information related to a fatal hit-and-run that happened in Milwaukee on Oct. 6.