Margin of Republican victory down in Waukesha County

President Donald Trump won the county, but the gap was smaller than in 2016, and Democrats are playing the long game in the decidedly red county.

WAUKESHA, Wis. - The Nov. 3 election surprise in Waukesha County wasn't who won, but rather, the margins. President Donald Trump won the county, but the gap was smaller than in 2016, and Democrats are playing the long game in the decidedly red county.

Waukesha County delivered what could be record turnout. Nearly 268,000 cast their ballot for president. The Waukesha County clerk said roughly 70% came from absentees.

Mareno said he was not expecting a Joe Biden victory in Waukesha County, but said a closer look at the numbers shows blue progress in a reliably red county. 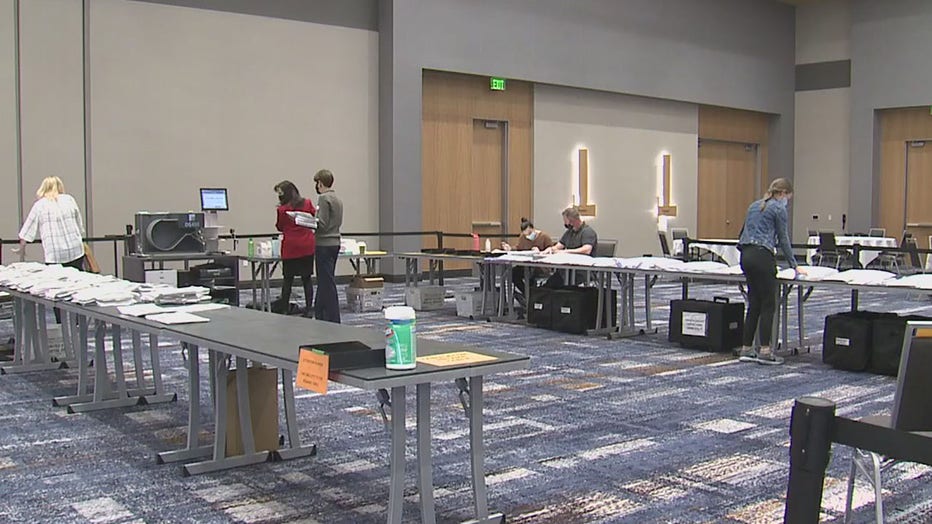 "We're seeing that the Republican Party has left a lot of the older Republican voters," said Mareno. "This is the first election since the 1980s that a Republican failed to capture 60% in Waukesha County.  It's a great sign for us going forward."

In total, the Waukesha County clerk said 20,000 absentee ballots were processed at the Brookfield location alone.

"Our county is obviously solidly red.  We had a big turnout last night and good, strong turnout from our Republican base supporting President Trump. That's obviously an area where Democrats feel they can make in-roads in Waukesha."

Turnout at the polls was so big in Pewaukee on Nov. 3, the clerk said extra poll workers were needed to meet demand.

State Rep. David Bowen, who is Black, said he saw a renewed sense of pride in voters at the polls.