VASS, N.C. (WNCN) — A little boy’s fishing trip with his dad could have turned deadly in an instant.

“If God wasn’t watching me, I probably would have blown up,” Kolton Decker said.

The 9-year-old received a magnetic fishing pole for Christmas. 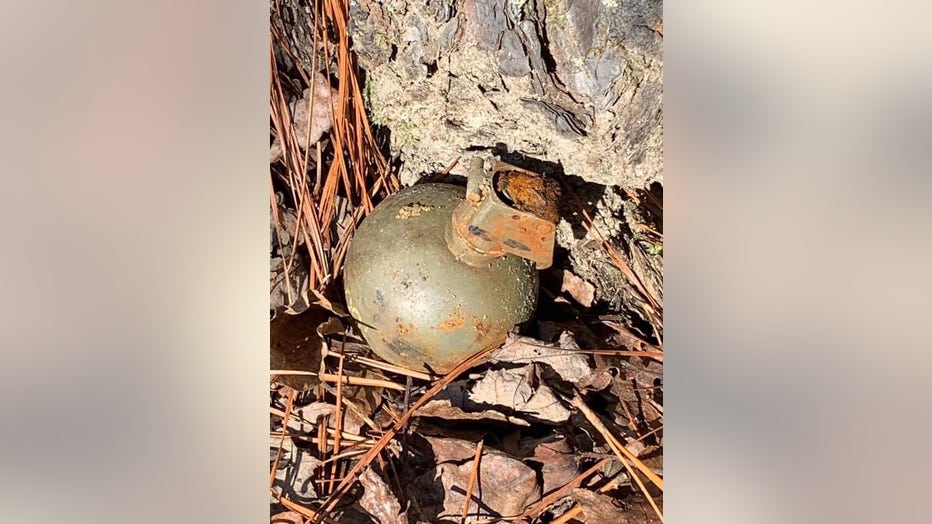 “I thought it would be a fun, safe thing that him and his dad could do together,” his mother, Renee Decker, told WNCN.

They were trying it out for the first time Monday at the Little River in Moore County. Fifteen minutes later, Kolton caught something that he first thought was a tennis ball.

“Once I pulled it out of there, I was like ‘Hey dad I think I found a grenade,’” he said.

It was a live grenade with the pin pulled, ready to explode.

Thankfully, Kolton’s dad is a retired special forces soldier who knew to get help right away. Fort Bragg bomb expert Staff Sgt. Drew Dobbs was called out to help safely detonate the grenade.

“I have no actual reason or explanation for why one would be in a creek here,” Dobbs said. “It was in a very dangerous state for any regular civilian to be handling.”

The grenade was too dangerous to transport, so they detonated it in the woods after emergency crews blocked off the area.

“You wouldn’t want this to go off anywhere near you,” Dobbs said. “If somebody was holding it, it would absolutely kill them.”

“God was watching over him and protecting both of them because really I could have lost both of them if they would have been standing close to each other and it had gone off, so I’m just very thankful," Renee Decker said.

“Luckily God was looking over me to protect me from all of the stuff that could have gone wrong,” Kolton said.

Dobbs said the family did the right thing by immediately calling for help instead of handling the grenade themselves.