Another driver crossed the median on Silver Spring Driver near Sunny Point Road just after 1 a.m. – hitting the squad car. That driver and an officer were injured.

Police dashcam video captured the crash from two different angles, including the point-of-view of the officer who was injured.

Dispatchers said there were reports of a reckless driver headed east on Silver Spring near 35th Street. Milwaukee police radioed Glendale to be on the lookout. Seconds later, the crash happened.

When slowed down, the dashcam video shows the speeding car spin in the air and hit a tree before colliding with the squad car. 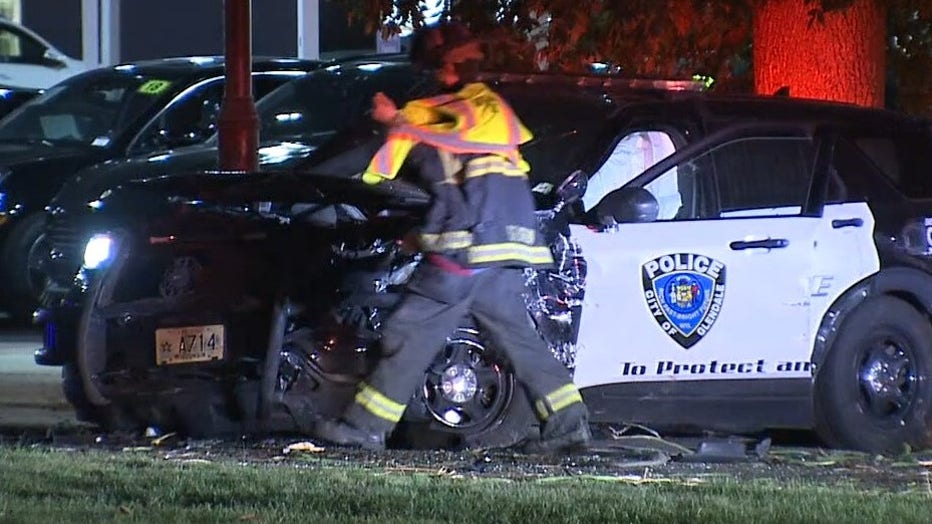 The speeding car caught fire. With debris scattered across the road, Silver Spring was shut down for three hours.

Investigators said that driver will be charged with recklessly endangering safety. Both he and the officer in the squad car were taken to the hospital. The officer has been released, while the driver is at the hospital in stable condition.

Glendale police declined FOX6 News' request for an interview Friday. Investigators are still looking into the crash and awaiting toxicology reports to see if the driver was drunk.

FOX6 spoke with area businesses, but they either did not have surveillance video of the crash or declined to share it.