WAUWATOSA -- A homework assignment asked fourth-graders at a private school in Wauwatosa to argue why slavery was a good thing. It prompted an apology from the principal of Our Redeemer Lutheran School, who said the question wasn't supposed to have an answer because there are no good reasons for slavery. 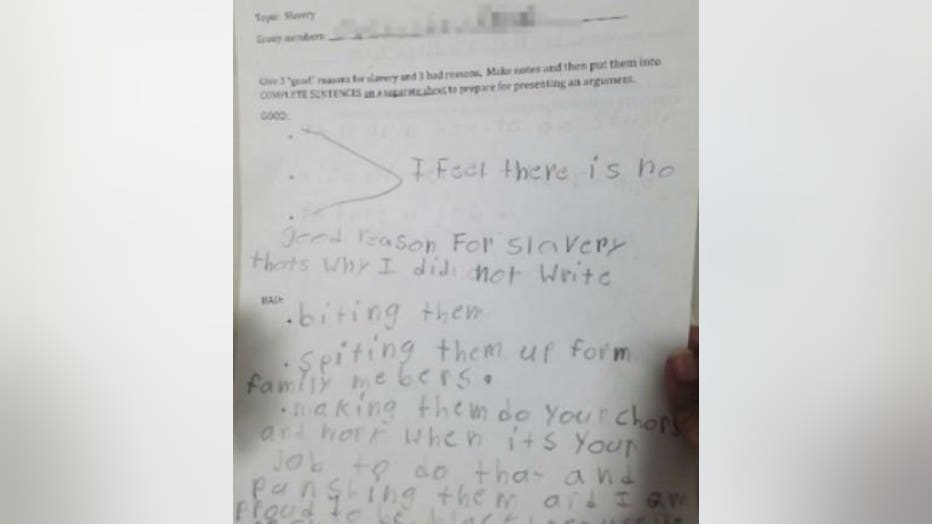 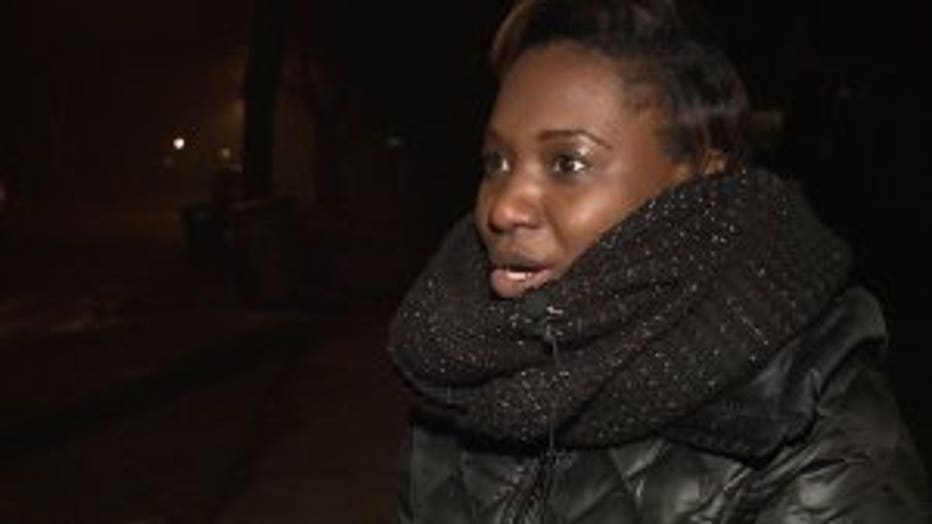 "It's highly offensive and insensitive. I was in shock. I couldn't believe they sent something like that home," Trameka Brown-Berry, parent said.

Brown-Berry's 9-year-old son is a student in the class.

"Not only was my son in an awful position, but the students who weren't black -- that's what keeps racism going," Brown-Berry said.

Principal Jim Van Dellen declined to speak with FOX6 News on camera, but admitted Tuesday the assignment was out of line. In a letter to parents, he said "the purpose of the assignment was not, in any way, to have students argue that slavery is acceptable." He said the assignment is no longer part of the curriculum, and said it was intended to spark debate in English class. 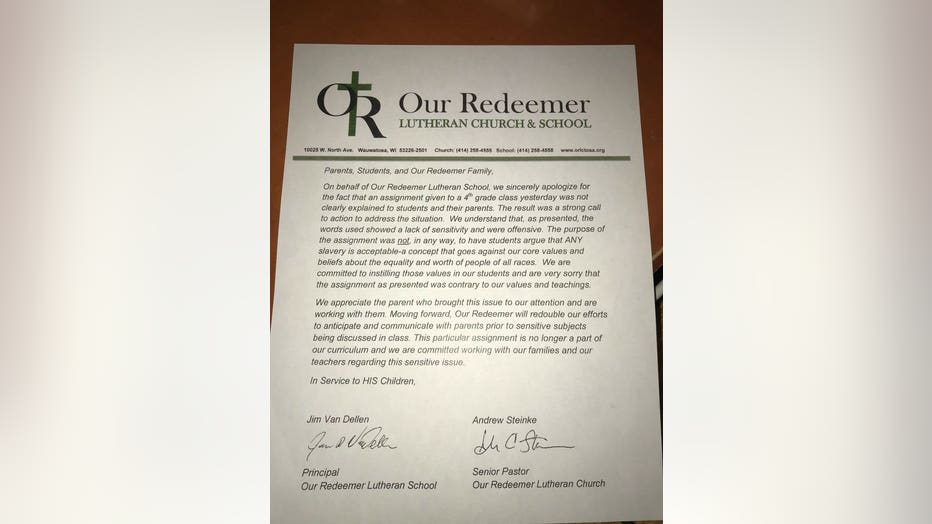 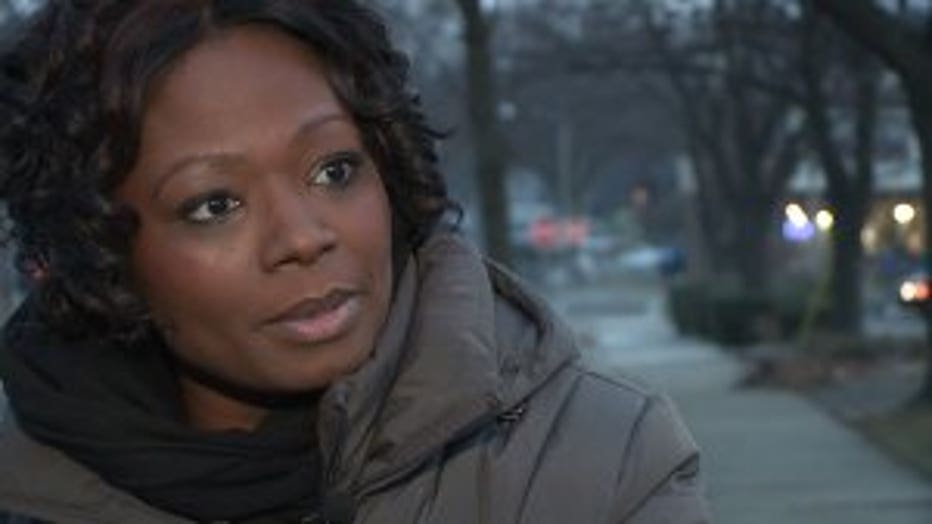 "And for it to be a Christian school, they could say something like, 'what are three good things we can do to prevent slavery from happening?'" Andrea Michel with Safe Place Meeting Group said.

Principal Van Dellen vowed to better communicate sensitive subjects being discussed in class with parents before presenting it to students.

Brown-Berry said this homework should be a lesson to us all, and explained why she posted it online.

"Speak up. Tell your story. That is how you go about change. That's what I was trying to model for my son," Brown-Berry said. 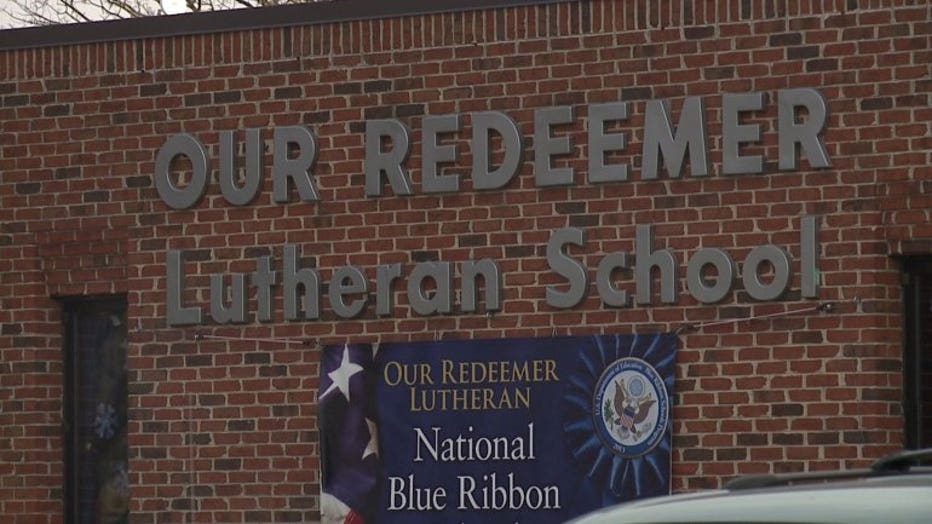 Principal Van Dellen said he'll be meeting with Brown-Berry Wednesday. He wouldn't say whether the teacher who handed out the assignment is being disciplined.