The wife and mother has a background in politics. Her campaign slogan was a “safer, smarter and healthier Wisconsin.”

"The 23rd District is a microcosm for what’s going on all across the country, where the suburbs are moving away from the Republican Party," said Andraca.

The Democrat declared victory over Ott, the longtime Republican incumbent. 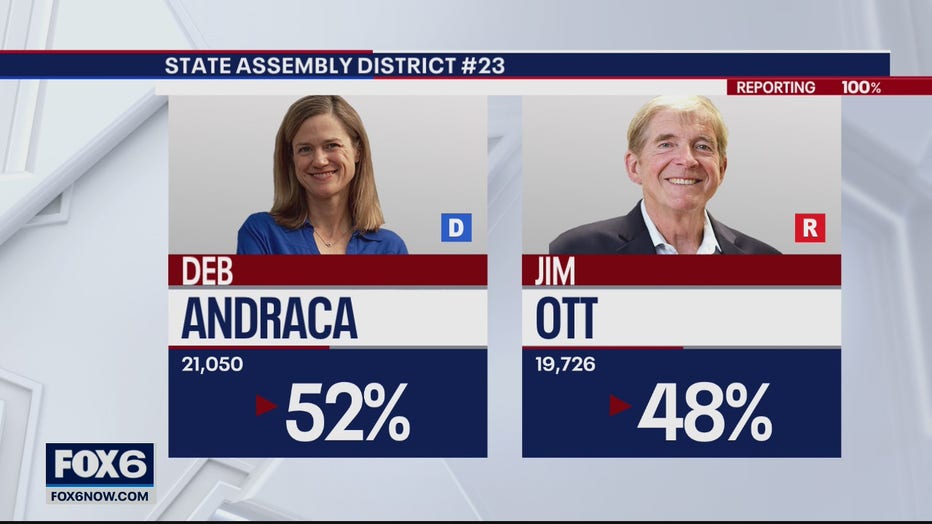 “It’s been an incredible honor to represent the 23rd Assembly District in the state Legislature for the last 14 years.  I feel we accomplished some important goals, especially in cutting taxes and making our roads safer by increasing penalties for drunk driving.”

"I think we appealed to the moderate voters," said Andraca.

The wife and mother has a background in politics. Her campaign slogan was a “safer, smarter and healthier Wisconsin.”

"Of course, healthier means taking the virus seriously and doing everything we can to stop the spread," said Andraca.

"The thing that I want to tackle first is actually gerrymandering," said Andraca. "If we can get fair maps, we can really break the log jam that is that has been paralyzing Madison so far."