Gas prices in Wisconsin have gone up more than 20 cents in the past week. Economists predict prices could climb as high as $5 per gallon.

MILWAUKEE - Gas prices in Wisconsin have gone up more than 20 cents in the past week. Economists predict prices could climb as high as $5 per gallon.

AAA says the average price in Wisconsin is $3.55 per gallon. There's a certain reaction when you drive by a gas station.

"Ridiculous," said Tracey Flores. "I just passed two of them up because I was looking for a lower one and couldn’t find one, so I had to stop." 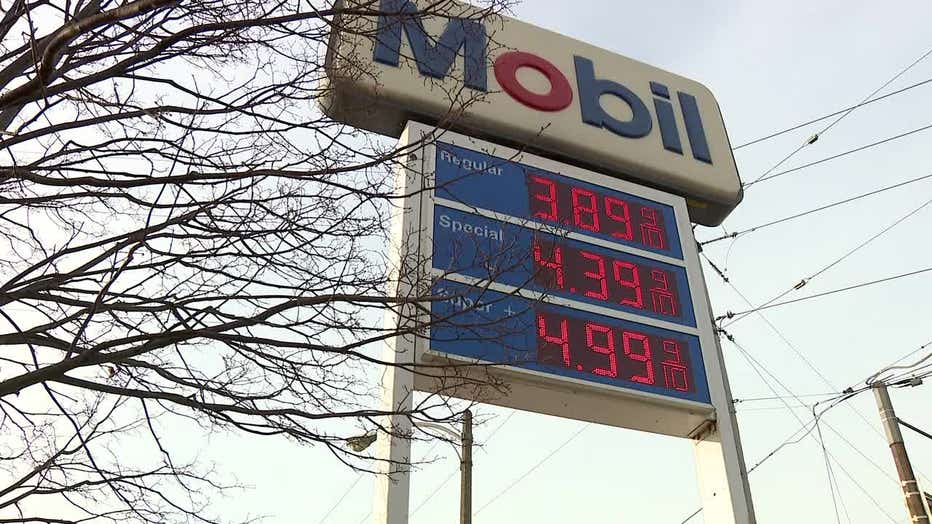 Avik Chakrabarti, an associate professor of economics at the University of Wisconsin-Milwaukee, said economists have been predicting an increase in gas prices for years. Russia's invasion of Ukraine has only made things worse.

"When relationships get a little strained, or estranged if you will, these things happen," said Chakrabarti. "I don’t see oil prices going down very, very quickly."

Chakrabarti predicts prices could stay above $4 for a year. He is hoping he is wrong, as is pretty much everyone else.

"I wish the prices would go back down," said Debbie Tipton, "hopefully soon."

UWM said building code does not require carbon monoxide detectors for the residence hall. A personal injury attorney said there is a loophole.

A detour on Milwaukee's east side is being changed just over a week after construction began. North Avenue, from Oakland to Bartlett, is closed.