WLUK's crews witnessed the funnel cloud, which stayed well off the ground.

According to WLUK, the funnel remained for a few minutes before it went back up into the storm clouds passing through the area.

Several viewers called into WLUK to report the funnel cloud, and WLUK is reporting a tornado siren was sounded in the area around the same time.

Below is a photo shared with FOX6 News by AJ Waterman, meteorologist at FOX6's sister station WMTV in Madison: 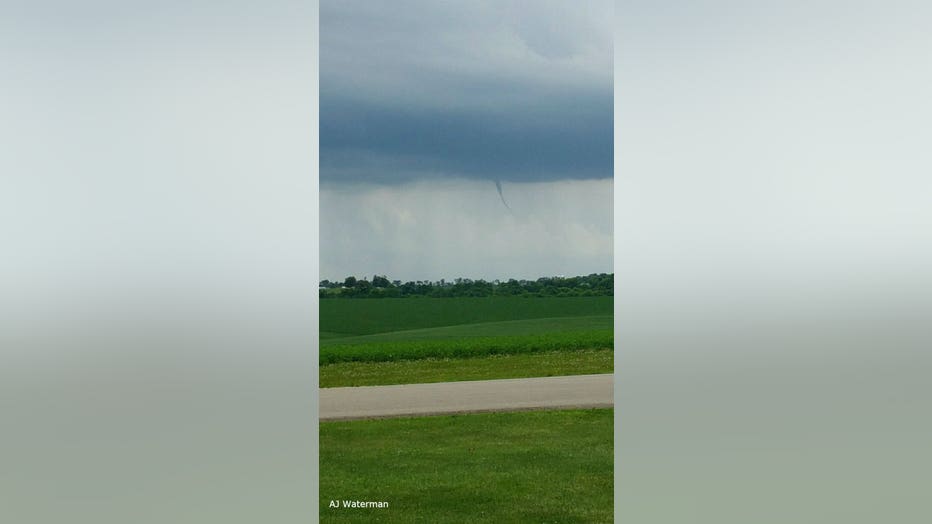