KENOSHA (WITI) -- Funeral services were held Monday, November 24th for Serenity Rose, the 11-month-old girl killed in Kenosha allegedly at the hands of her own father, Russell Rose.

A visitation was held at Holy Nativity Lutheran Church, with a funeral following.

Russell Rose is charged in Serenity's death. He's accused of killing the baby, brutally abusing Serenity's mother, and setting fire to an apartment.

It happened on November 18th in Kenosha — and it’s a crime Kenosha’s police chief has called the “most violent child death” he’s ever seen. Chief John Morrissey has called Russell Rose “a monster.”

34-year-old Rose faces six felony charges in the case — including:

Minutes before 7:00 p.m. on Tuesday, Kenosha police were dispatched to an apartment building near 50th Street and 21st Avenue in Kenosha, after a woman called, screaming that someone had killed her baby. Police officers arriving at the scene were flagged down by a woman indicating the baby was inside a residence in the area. The criminal complaint says the woman was hysterical — crying and screaming for her baby. 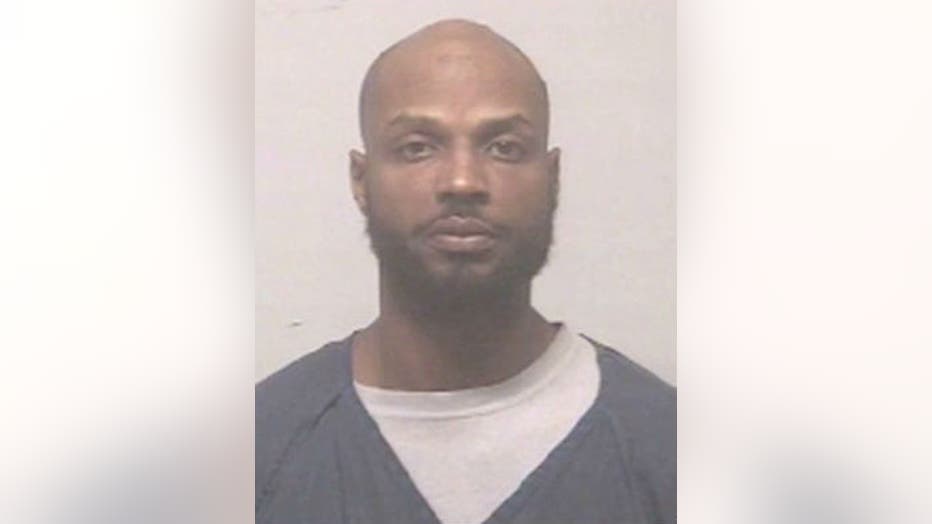 A criminal complaint filed against Rose says police observed blood all over the woman, and she appeared to have heavy swelling on her face, a possible laceration on her forehead and swollen hands — with deep lacerations on two of her fingers. The woman was observed to have bloody elbows, and discoloration around her neck consistent with being choked or strangled.

Police found the baby, 11-month-old Serenity Rose lying motionless next to her mother — not breathing. Serenity’s face was found to be badly bruised, bloodied and partially disfigured.

Police checked Serenity for vital signs and found none. The baby did not have a pulse.

Police and paramedics worked to transport the woman and Serenity to the hospital. While en route, the complaint says the woman told police Rose had pushed her and Serenity down the stairs, and he had picked Serenity up, and then threw her down on the concrete.Police spoke with Serenity’s mother, who told them the incident had begun at the apartment she shared with Russell Rose, Serenity’s father. The complaint says Serenity’s mother and Rose began arguing over separating — with the woman telling police she was trying to get away from Rose, but could not. The woman told police Rose had hit her while she was holding her baby, and had strangled and choked her.

Serenity Rose was pronounced dead at the hospital shortly before 8:00 p.m.

The complaint says police spoke with a neighbor — who says he was inside his residence on Tuesday evening when he heard a woman outside — screaming for help. The man opened his door and heard the woman screaming, and a baby crying. That’s when he says he saw a man push the woman down.

The man stepped outside — confronting Rose, asking him “what are you doing?” The man told police he heard a thud, and the baby stopped crying. As the neighbor ran toward Rose, the complaint says he heard more thuds, and saw Russell Rose holding his arms above his head — dropping what he was holding.

That’s when the neighbor grabbed Rose — slamming him to the ground. Rose then got up, and re-entered the apartment building.

The complaint says the neighbor went to the woman and Serenity, and reported the woman was saying “oh my God, my baby.”

The neighbor waited outside until police arrived, and advised police as to Rose’s location.

When police arrived on the scene, they established a perimeter around the apartment building. Police received a telephone call from Rose, who advised he had a stick of dynamite and grenades, and would blow up anyone who came hear him, according to the complaint.

Police soon learned the apartment building was on fire. Officers began yelling for anyone who was inside the apartment to get out.

Russell Rose eventually exited the apartment, and he was taken into custody by police. He was taken to the hospital for treatment of burn injuries.

The complaint says Rose told police he had suffered the burns while lighting the fire in the apartment.

“He wanted to rid her of the evil inside her, and destroy what he created, and save her from this world.”

Rose was asked whether he killed the baby — and the complaint says he told police it was his intent to kill Serenity because he “wanted to rid her of the evil inside her, and destroy what he created, and save her from this world.”

The complaint says Rose admitted to killing his infant daughter.

Kenosha firefighters were able to extinguish the fire at the apartment building. The fire caused extensive visible damage to the lower apartment and basement.

The next day, police again spoke with Serenity’s mother.

The complaint says Serenity’s mother told police on November 18th, she went to work — taking Serenity with her. When she returned home, she says she and Rose got into an argument over the cleaning of a blanket, and the woman says Rose told her she was “dead to him.”

The complaint says later, another argument ensued, and the woman says Rose physically attacked her — hitting her, kicking her, holding her down, grabbing her hair, spitting in her face — even throwing Serenity into a playpen when she started to cry. The woman says Rose eventually picked up a knife and began swinging it towards her and Serenity.

The complaint says an autopsy determined Serenity died as a result of multiple blunt force injuries.

Rose made his initial appearance in court on Thursday, November 20th in Kenosha County. Court Commissioner Jon Mason told Rose he is not allowed to have contact with Serenity’s mother.

“I do not wish to talk to her, or hear her name,” Rose said in court.

“The description of the defendant’s conduct in the criminal complaint, the sheer brutality is almost incomprehensible to this court,” a court official said Thursday.

Bond was set at $1 million cash.

His next court appearance is scheduled for next Wednesday, November 26th.

Russell Rose has a criminal history dating back to 1996.