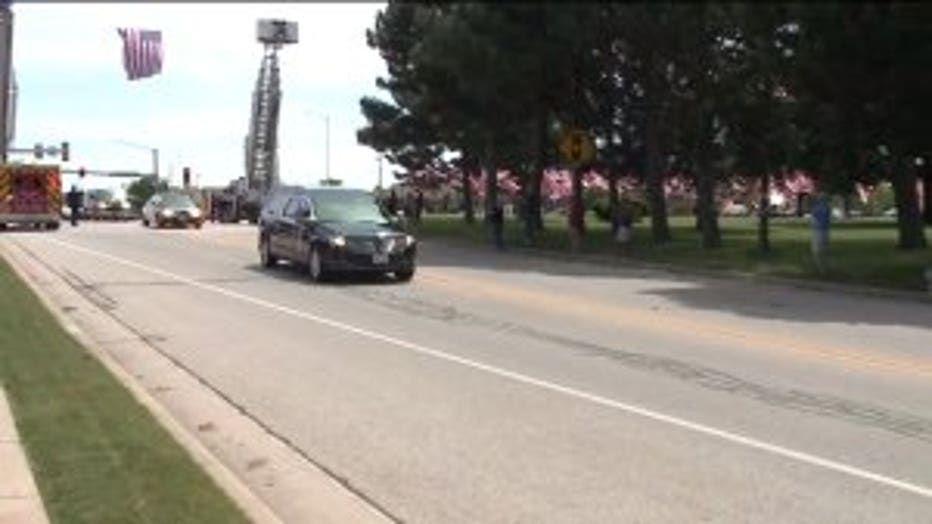 RACINE -- A procession of hundreds of police cars escorted Racine Police Officer John Hetland from Carthage College to West Lawn Memorial Park on Wednesday, June 26, following his funeral. Friends, neighbors, and community members stood in silence as the hearse carrying Officer Hetland made its way into the cemetery for a private burial service. The procession served as a moving tribute for a man who, in life and death, dedicated himself to public service.

Officer Hetland was shot and killed on Monday, June 17 when he attempted to intervene during an armed robbery at Teezers bar in Racine. Despite being off-duty, he didn't hesitate to step in.

"He gave his life to protect everybody in that bar and in the community. I think everybody should honor him," said Regina Werth.

With flags and signs in hands, hundreds lined the procession route, with grief touching each of their hearts. Their silence spoke volumes, representing the respect they had for the man who lived and died to serve. 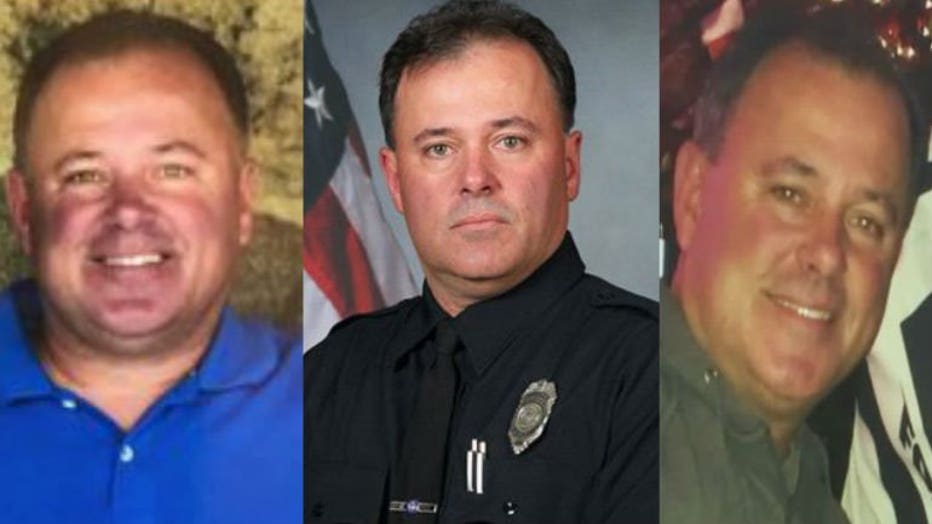 "I just don't think it's possible that I couldn't have been there," said Tom Cook. 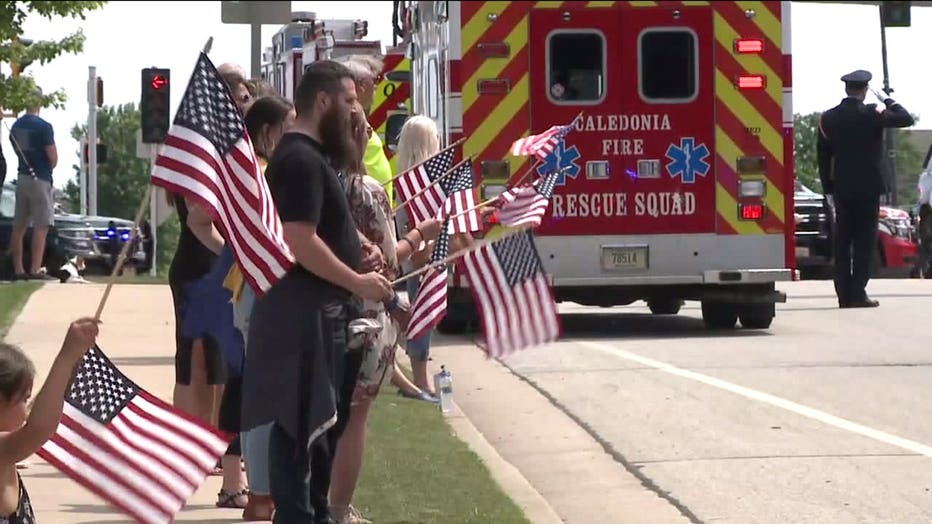 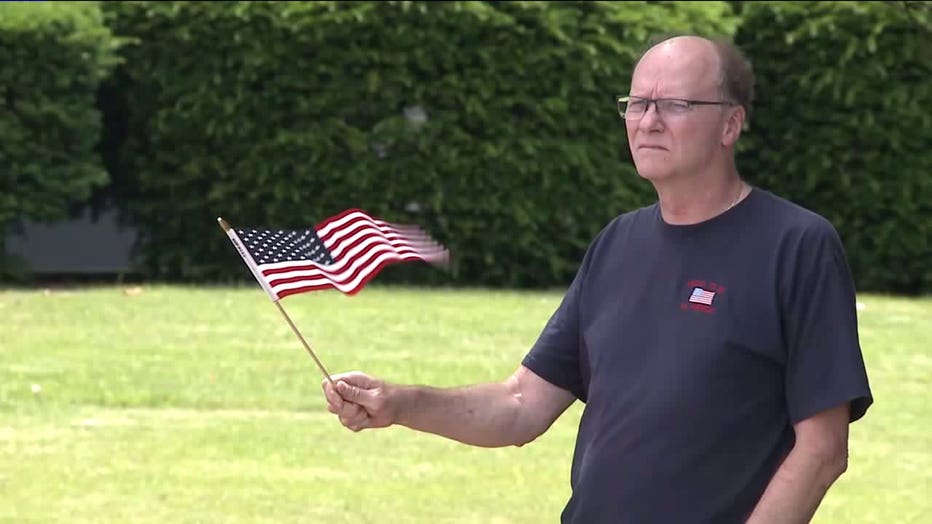 The gestures of gratitude along the road were combined with one of love inside Officer Hetland's favorite stop, the Hiawatha Bar. Flowers and ribbons were placed in honor of the man beyond Badge 1928.

"Friend. That's what John was. He was a friend to everybody," said Steven Jansen.

"Any officer that gives his life for anybody is a hero," Werth said. 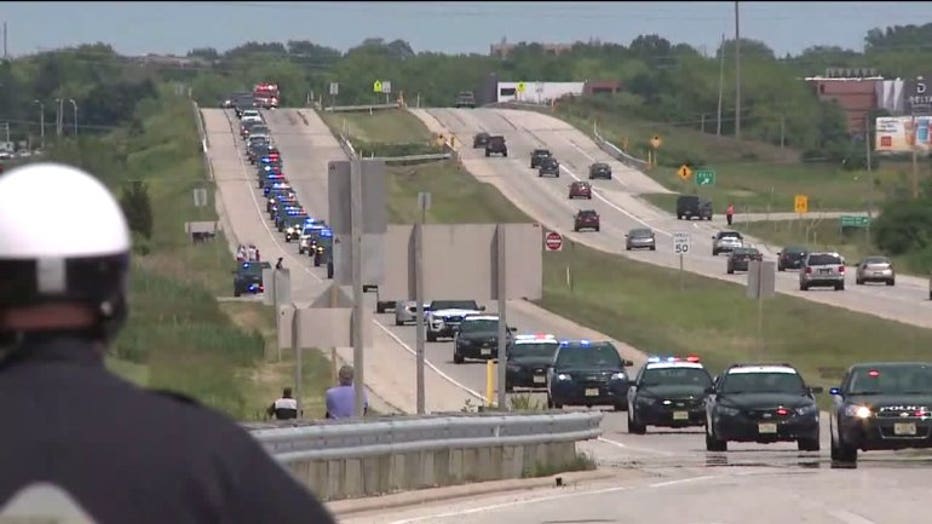