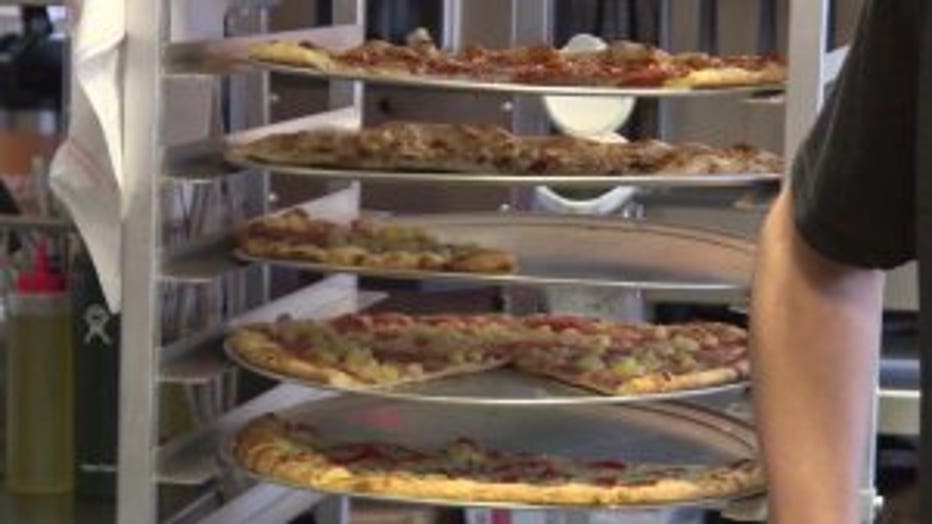 BROOKFIELD -- It's a pizza party you'll remember for the rest of your life. Krause Funeral Home is offering a unique approach to get you to think about death: free pizza.

On Tuesday, Jan. 30, the funeral home will offer free pizza as an incentive to get people in to pre-plan their funeral. A gimmick? You bet -- but organizers say pre-planning could save you thousands of dollars in the long run.

It's the kind of invitation that made Janice and Dale Cassle do a double-take.

"We got a postcard in the mail," Janice Cassle said.

"It's a creative way of doing it," Dale Cassle said. 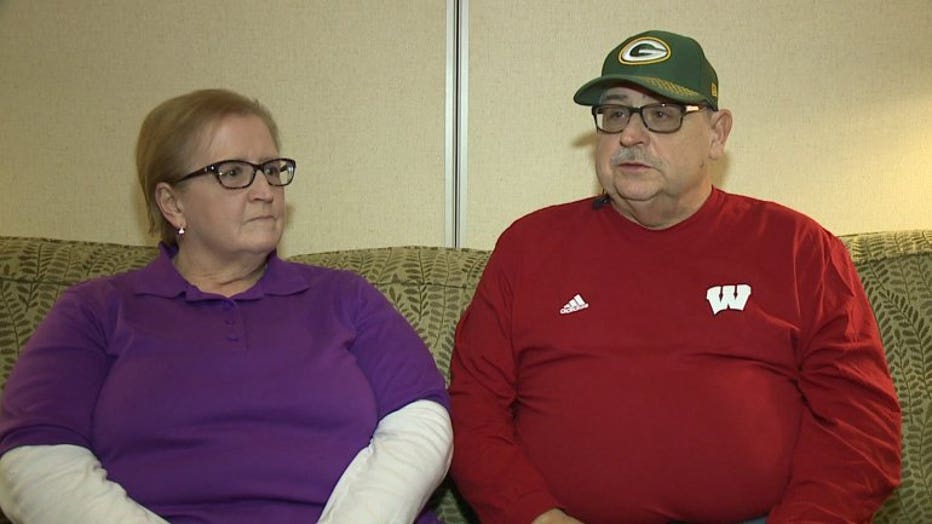 Last February, the Cassles, married for 40 years and in good health, they decided to take Krause Funeral Home up on the offer.

"I never liked death. I was always afraid of it," Janice Cassle said.

With a new round of invitations out promoting a similar event Tuesday, Jan. 30 in Brookfield, it's safe to say many more families are having the talk about the end. 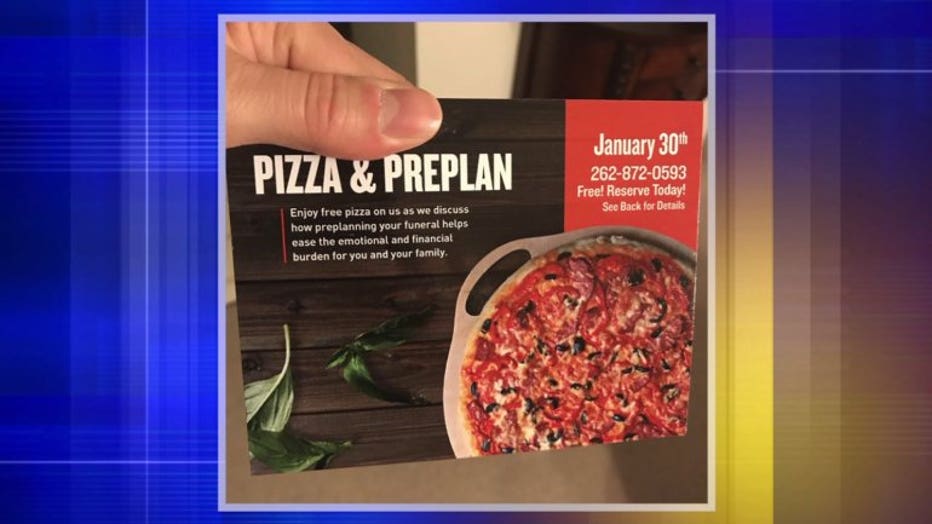 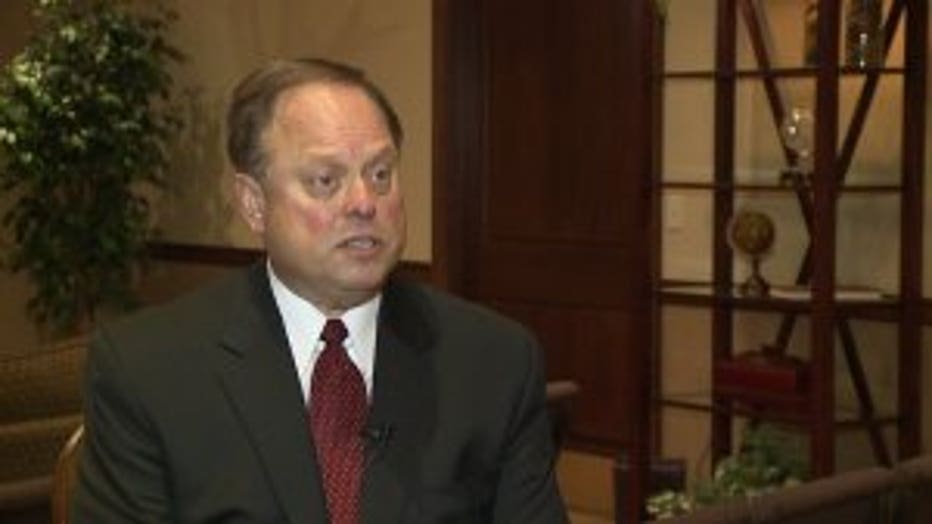 "I would venture to say 35 or 40 or maybe even 50 percent f our families plan ahead of time," Mark Krause, Krause Funeral Home owner said.

Krause said pre-planning works kind of like insurance. It's something that doesn't have to be bound to any specific funeral home.

"These funeral products are put into a trust. They are in the name of the person who takes them out. Let's say they move to Florida or Arizona -- it goes with them," Krause said.

Krause said like everything else, funeral expenses are on the rise. Today's costs range from $6,000 to $12,000. Krause said industry trends forecast that price-tag doubling in the next 15 years, which is why he believes this offer is so tempting. 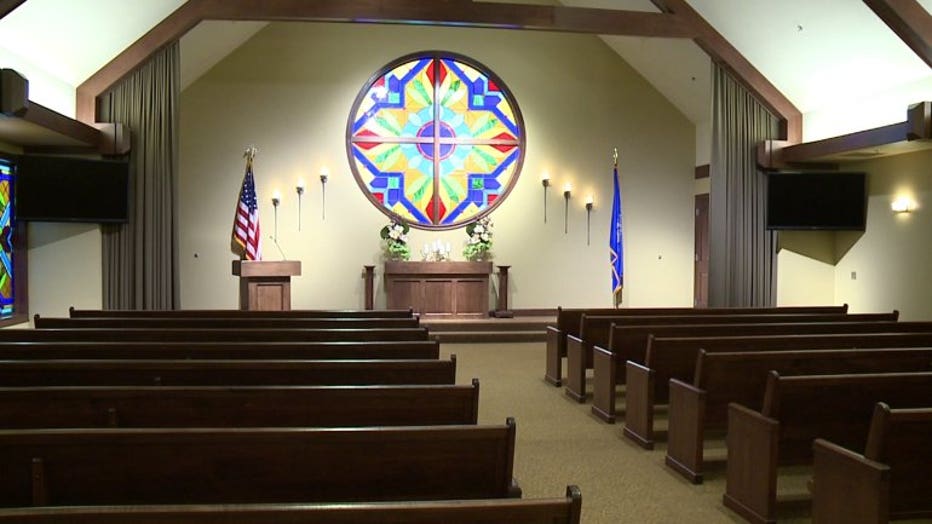 "You buy your funeral today, and we guarantee you will get your service and merchandise without any added expenses in the future," Krause said.

The Cassles said they have every detail, right down to the music and their obituaries planned out.

"We'll have a little food on the side and I'll be cremated afterwards," Dale Cassle said. 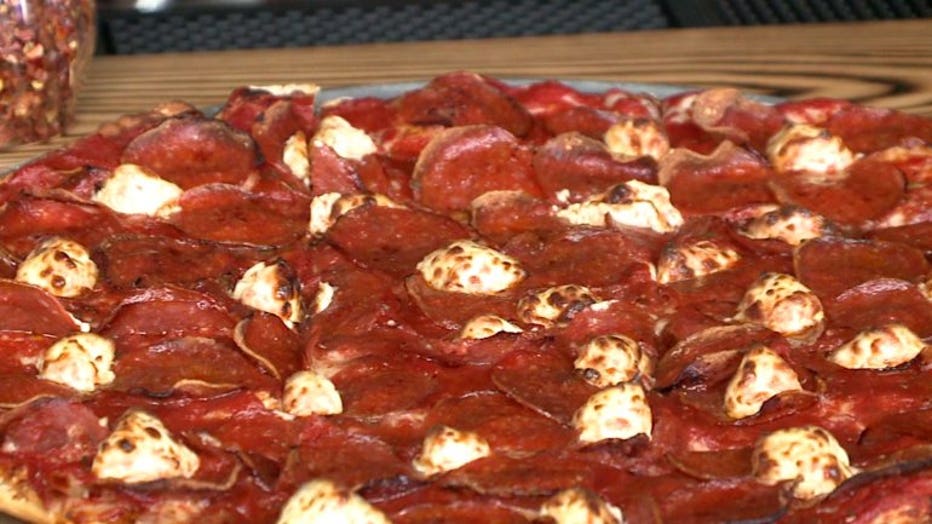 "If we live for another 20 years and the price doubles, we are locked in at this price right now," Janice Cassle said.

Many funeral homes now offer to keep your wishes on file for free, but if you're interested in pre-paying, you can also stretch your bill out over the course of several years. Krause said more than 100 people showed up to their "pizza and pre-plan" event last year.