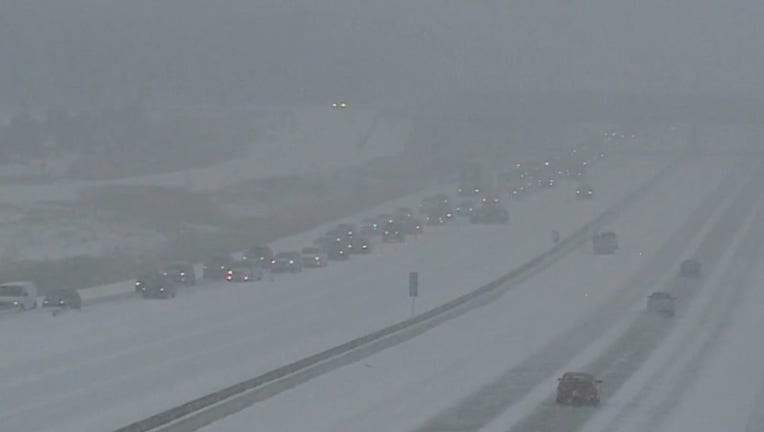 RACINE COUNTY, Wis. - All lanes of southbound I-94 near Highway K in Racine County are reopened after a multiple vehicle incident on that stretch of road on Friday, Jan. 1. The wreck happened in what appeared to be a pocket of heavy snow at the time..

Due to the number of vehicles involved, all southbound traffic was diverted off I-94 southbound at STH 20/Washington Avenue.

The Racine County Sheriff’s Office is asking the motoring public to exercise extra caution as you travel the roadways.

Police say a 24-year-old Milwaukee man has been taken into custody in connection with a fatal crash at 60th and Burleigh on Thursday afternoon, Dec. 31.

Milwaukee police are investigating a two-alarm fire at a home near 37th and Roberts that happened shortly after midnight on Friday, Jan. 1.