(CNN) -- Two space veterans and a rookie astronaut lifted off on a six-month mission to the International Space Station, heading skyward from Kazakhstan aboard a Russian rocket early Wednesday. 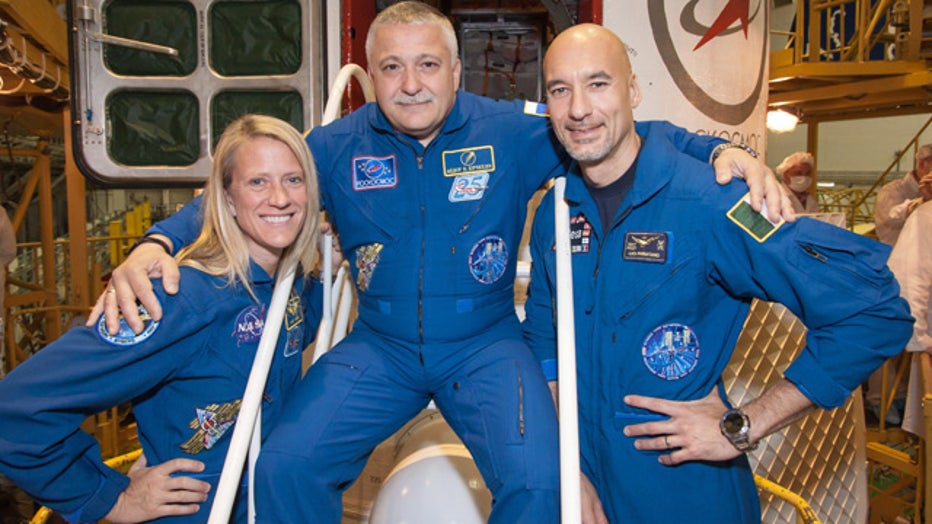 The Soyuz capsule carrying them into orbit lifted off at 2:31 a.m. (4:31 p.m. Tuesday ET) from the Baikonur Cosmodrome for a six-hour flight to the station. They'll join Chris Cassidy of NASA and Pavel Vinogradov and Alexander Misurkin of the Russian space agency Roscosmos, who have been at the station since March.

It's the fourth trip into orbit for Yurchikhin, who has been to the space station twice before and flew aboard the Space Shuttle Atlantis in 2002.

Nyberg went into space aboard the Shuttle Discovery in 2008, while Parmitano is making his first space flight.

They'll stay on the ISS until mid-November.

They're replacing three crew members who returned to Earth two weeks ago -- among them Canadian astronaut Chris Hadfield, who became a viral video hit by singing David Bowie's "Space Oddity" in a five-minute clip recorded on the station.