BROOKFIELD (WITI) -- For the first time since he was tased and separated from the valuable Stradivarius violin, Frank Almond is set to take the stage with the now famous instrument on Monday, February 10th in Brookfield -- and it's the hottest ticket in town.

"It`s going to be a significant concert experience because of everything that`s happened," Jonathan Winkle, Executive Director for the Sharon Lynne Wilson Center in Brookfield told FOX6 News on Sunday. 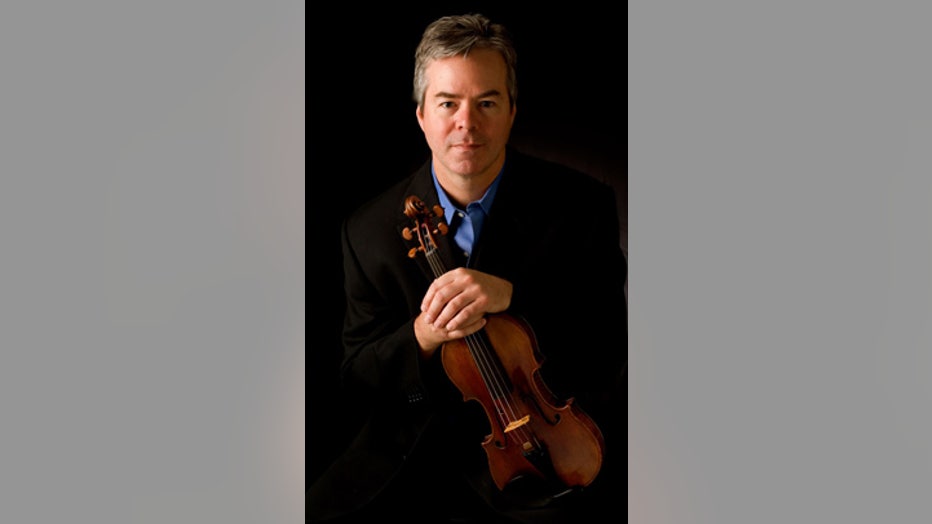 Almond has been booked to perform at the Sharon Lynne Wilson Center for the Arts for the last year -- but within the last two weeks, Winkle says he has noticed a major spike in interest.

"We are well on our way to a sold-out performance Monday evening," Winkle said.

Winkle says he is expecting many first-time visitors, hoping to catch a glimpse of the Stradivarius violin and hear it played.

"He`s such a gifted musician.  He`s one of our pre-eminent artists in the Milwaukee metro area," Winkle said.

Winkle says the center doesn't have a huge budget for advertising and says the recent media exposure has given them a big boost, regardless of what has happened over the past few weeks.

"You have three suspects in custody. They were arrested.  Okay, what`s happening there?  The violin is recovered.  It`s been one step after another," Winkle said.

The sound heard inside the Sharon Lynne Wilson Center on Monday will be truly the biggest treat for those in attendance, and this performance will no doubt continue a wild love story about a man and his music.

"I think there is something very romantic about that - when you think about something that`s been around and used by so many different players for centuries," Winkle said.

The "Frankly Music" performance will take place inside the Sharon Lynne Wilson Center in Brookfield on Monday, February 10th at 7:00 p.m.

For additional information or to secure tickets, CLICK HERE.