Foxconn was told no tax credits will be given to the company until a new deal is struck. The WEDC has been at the negotiation table with the company for months.

MOUNT PLEASANT, Wis. - The CEO of the Wisconsin Economic Development Corporation (WEDC) hopes to return to the negotiation table with Foxconn as soon as next week. This, after it was announced the company will not receive any tax credits from the state until a new deal is signed.

During a virtual event, the vice president and chairman of Foxconn, Dr. Jay Lee, spoke on some of the manufacturing adjustments the company made during the COVID-19 pandemic. 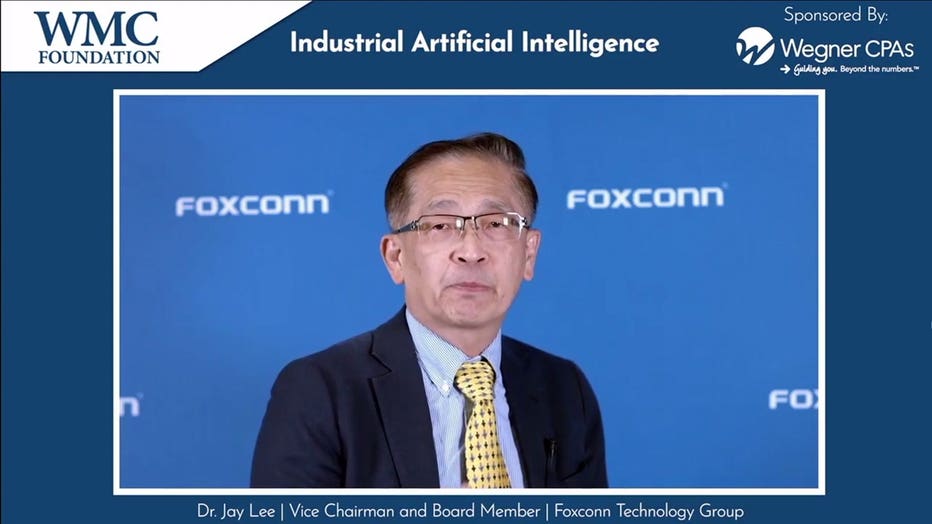 "To live well, a country must produce well," Dr. Lee said. "We took a very quick agile decision to make mask ventilator and to contribute to the urgent needs of our society."

What did not come up was the recent letter the WEDC sent to Foxconn. 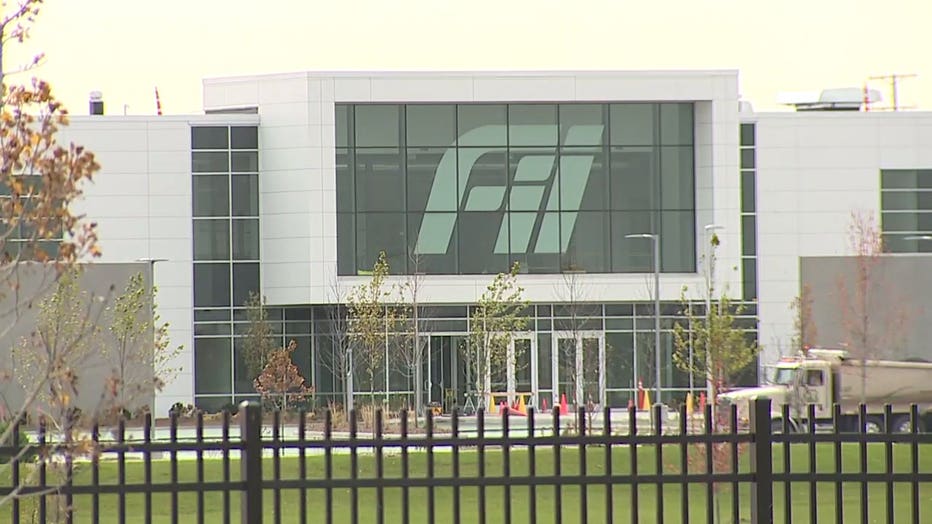 "The disappointment, I understand. Nobody likes to hear 'no,'" said WEDC CEO Missy Hughes.

Foxconn was told no tax credits will be given to the company until a new deal is struck. Hughes said the WEDC has been at the negotiation table with the company for months. They have been discussing nearly $3 billion in tax credits Foxconn would have received if it were building the company as originally promised. The company is now building a smaller complex. 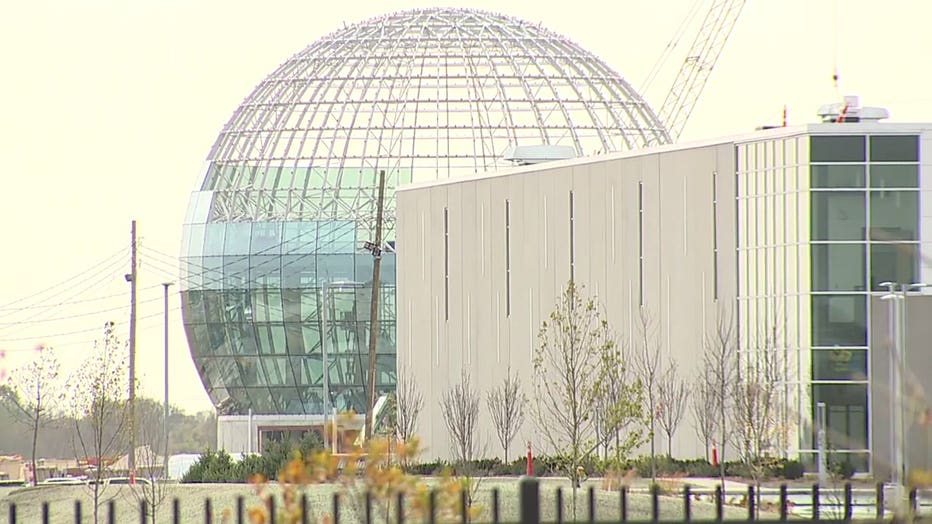 "I think they expect us to be more flexible and we have a commitment to the Wisconsin taxpayer," Hughes said.

Hughes gave a glimpse into the conversation during an interview with Wisconsin Eye. 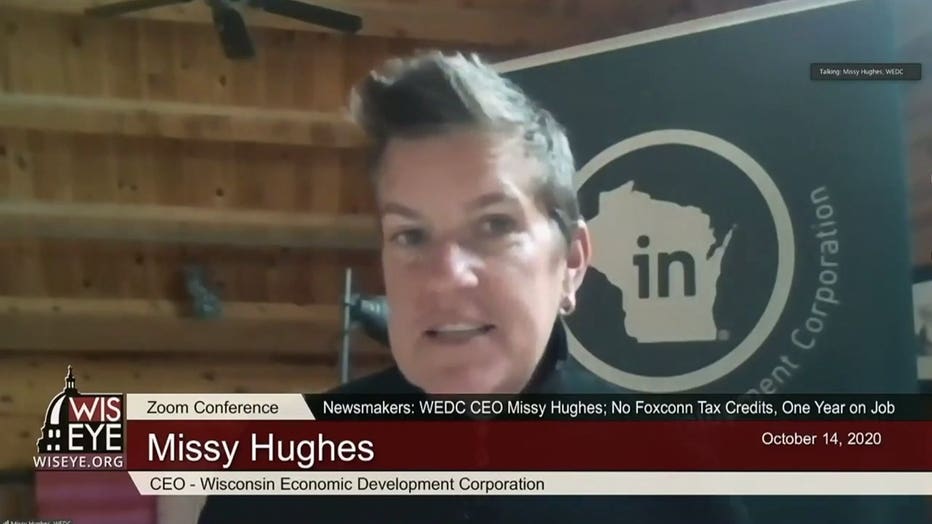 "They’ve said to me, 'Missy our plans have changed marketing has evolved, factories were built in China and now it’s really hard to be competitive with these LCD screens,' Hughes said. "OK. No problem, I come from the business sector so I understand that. So what we did in working with Foxconn -- let's recalibrate the contract."

No agreement was reached. 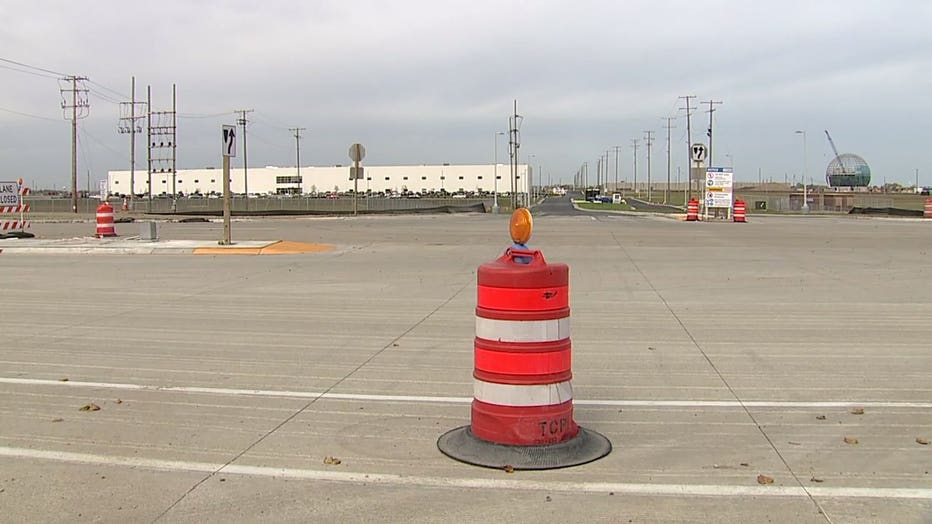 "We weren’t able to nail down what their project looks like and how Wisconsin can incentivize it," Hughes said.

Hughes said she wants Foxconn to receive credits for the investments the company has made.

"I am hopeful we will be able to continue the conversations," Hughes said.

"To date, Foxconn has not received any tax credits from the State of Wisconsin despite achieving employment levels above 520 people and investing $750 million dollars in Wisconsin that includes over a half a billion dollars invested in Foxconn’s manufacturing park. Foxconn came to the table with WEDC officials in good faith to discuss new terms of agreement which have consequential impacts to Racine County and the Village of Mount Pleasant, third party partners in this development project. WEDC’s determination of ineligibility during ongoing discussion is a disappointment and a surprise that threatens good faith negotiations."

Wisconsin told Foxconn Technology Group it won't qualify for billions in state tax credits unless it strikes a new deal for a scaled-back factory complex.