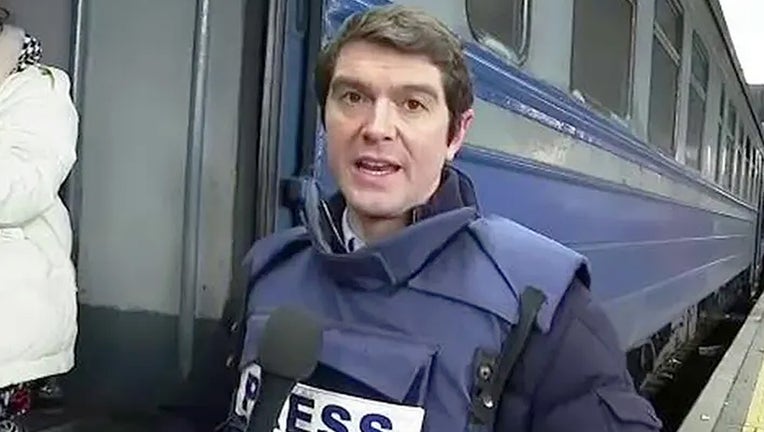 Fox News journalist Benjamin Hall, who was injured last week when his vehicle was struck by incoming fire outside Kyiv while in the field covering Russia’s invasion of Ukraine, is recovering from multiple surgeries at a premier military medical facility in Texas.

"We’ve had an outpouring of care and concern about Benjamin Hall, so I wanted to share a brief update with everyone. Yesterday Ben was transferred from Landstuhl Regional Medical Center in Germany to Brooke Army Medical Center (BAMC), located at Joint Base San Antonio-Fort Sam Houston, Texas. BAMC is a premier military medical facility and Ben is receiving excellent care while he continues to recover from his serious injuries after multiple surgeries," FOX News Media CEO Suzanne Scott told staffers in an internal memo on Friday.

"We are in close contact with Ben and his family, and he remains in good spirits despite everything he has endured. His strength and resiliency in the face of this crisis has been nothing short of extraordinary," Scott continued. "Please continue to keep him in your prayers and we will provide further updates as needed."

Hall has three young daughters at home. He was traveling alongside Ukrainian journalist Oleksandra "Sasha" Kuvshinova and cameraman Pierre Zakrzewski, who did not survive the attack.

Kuvshynova was just 24 years old and serving as a consultant, helping crews navigate Kyiv and the surrounding area while gathering information and speaking to sources.

Zakrzewski, a Fox News legend who covered nearly every international story during a storied tenure, was only 55 years old. Last year, he played a key role in getting Afghan freelance associates and their families out of the country after the U.S. withdrawal. In December, Zakrzewski was awarded the "Unsung Hero" award during the FOX News Media Spotlight Awards. 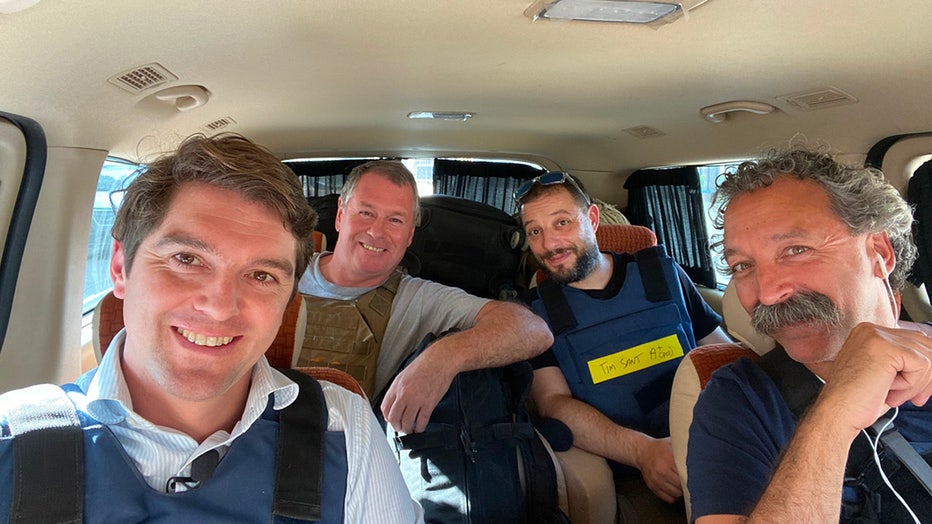 The nonprofit organization Save Our Allies helped get Hall safely out of Ukraine. To extract Hall from the combat zone, the group worked with the Pentagon and Defense Secretary Lloyd Austin, along with the Polish and Ukrainian militaries. The effort on the ground was led by a "special operations and intelligence veteran," the group revealed, as the team made sure Hall was stabilized and overseen by military medical personnel during the transport.

Once successfully evacuated from Ukraine, Hall was transported across the border to Poland and then to the Landstuhl Medical Center in Germany where he received care before being transferred to Texas.