PLEASANT PRAIRIE -- Four Pleasant Prairie RecPlex lifeguards on Monday, April 4th were honored for their life-saving efforts during a water rescue involving a four-year-old. These four lifeguards were awarded commendations due to their heroic efforts.

Upon observing the water rescue, Tyler Schwab grabbed an emergency bag/automatic external defibrillator and coordinated lifeguard staff as he initiated an emergency action plan. He subsequently assisted with rescue breathing.

Through the rapid response of Broden Etmans, Tyler Schwab, Leighanne Hogan and Christopher Heiberg, the child was successfully resuscitated. 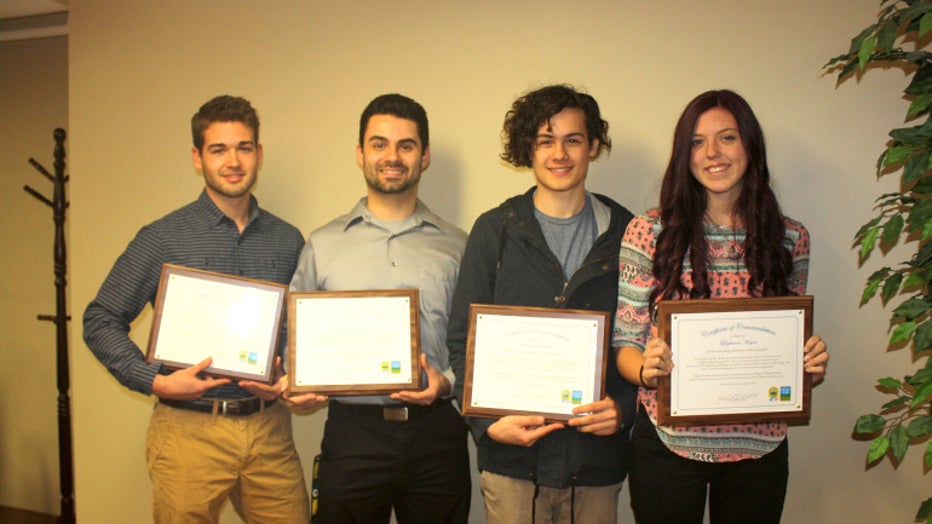 These four lifeguards were honored Monday, April 4th by the Pleasant Prairie Village Board.