MILWAUKEE -- The Milwaukee Police Department early Friday morning, July 3 said they have identified and located a victim involved in a possible abduction and battery incident that happened Thursday, July 2.

Video shared by police shows a suspect grab the victim and forced her into a vehicle against her will. She is seen struggling to free herself from the suspect who, at one point, pulled her closer by the neck. The suspect is then seen pushing the victim through the front, driver's side door of the vehicle.

The vehicle then fled the scene near Teutonia and Villard around 12 p.m. 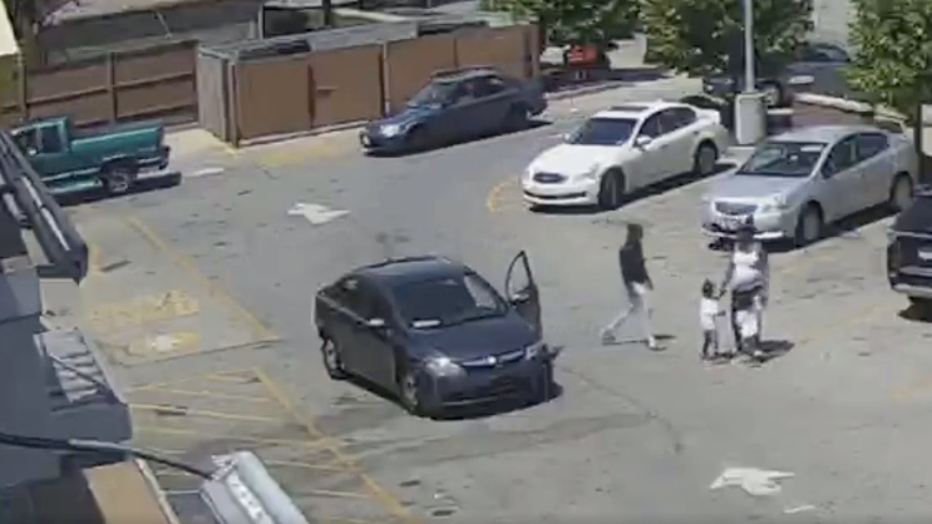 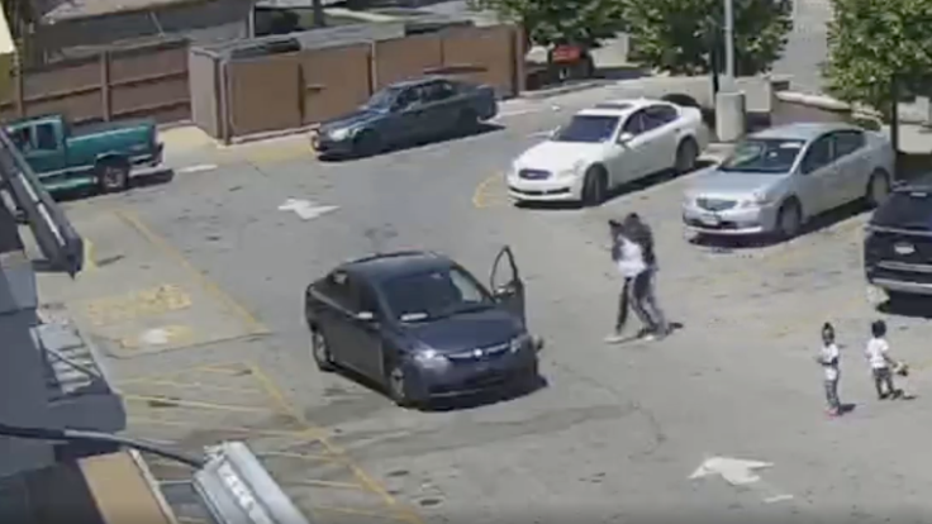 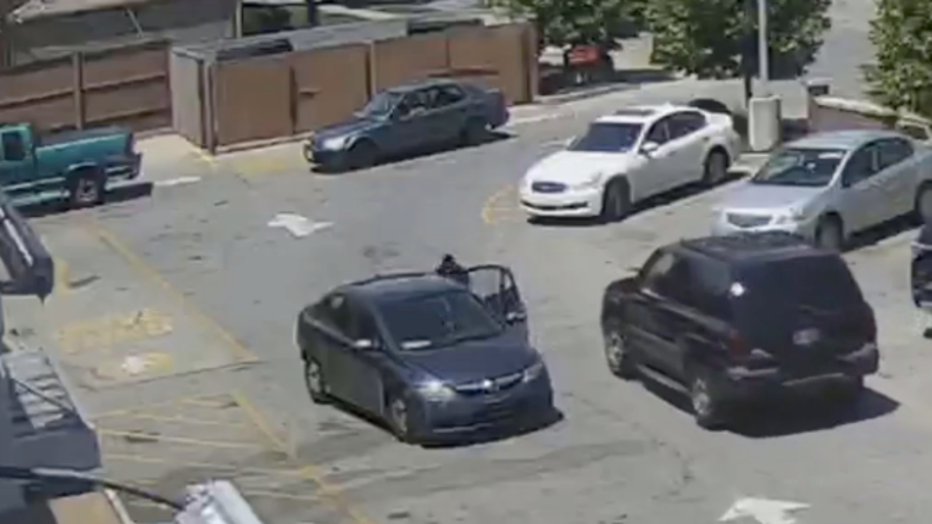 The victim is described as a female, 20-30 years old, African-American with black hair pulled in a bun on top of her head and a medium complexion.  She was last seen wearing a white tank top and black pants with a white stripe down the side.

The victim appears to be six to eight months pregnant. She also had two small children with her at the time of the incident. In the surveillance video, the suspect is seen opening the back door of the car at one point, and the children get in.

The suspect is described as a male, 20-30 years old, African-American, 5'8" to 6' tall with short hair, medium build and a medium complexion. He was last seen wearing a dark zip-up sweatshirt and white pants.

The suspect vehicle is described as a 2007-2010 dark blue Honda Civic four-door. The vehicle has a missing rear bumper. No license plates were visible.

If you have any information regarding this incident, please call the Milwaukee Police Department at (414) 935-7405, or call Milwaukee Crime Stoppers at (414) 224-TIPS.