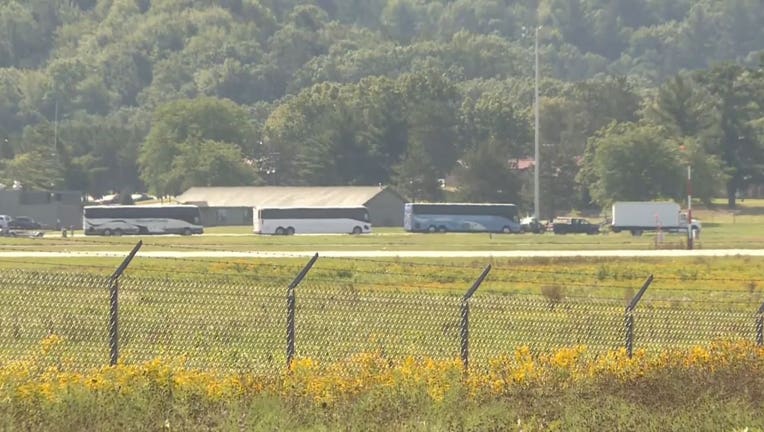 MADISON, Wis. - Wisconsin Republicans on Thursday, Sept. 23 reiterated their concerns about the vetting of Afghan refugees being housed at an Army post in the state, after two Afghan men were charged with crimes there.

The criticism from U.S. Sen. Ron Johnson and others in Wisconsin comes as Republicans nationally, including aides to former President Donald Trump, are becoming increasingly hostile toward the refugees and are trying to turn the collapse of Afghanistan into another opportunity to push a hardline immigration agenda. Trump, in a statement in August, wondered, "How many terrorists are among them?"

Johnson called the charges "the latest consequence of the Biden administration's incompetence."

"This is precisely why I have asked, and continue to ask, the administration about their vetting process and repeatedly raised the issue regarding Ft. McCoy," Johnson tweeted Thursday.

"Gov. Evers thinks concerns about the refugees are ‘dog whistle crap,’" Fitzgerald tweeted. "These are precisely the concerns many have about the vetting process. Evers should get his head out of the sand & pay attention."

An Evers spokeswoman did not immediately respond to a request for comment.

Cheryl Phillips, a spokeswoman for the task force handling the refugees, referred questions about the number of Afghans arrested at McCoy to the Department of Justice. Phillips noted that the post currently has about 12,700 Afghans, which is close to its capacity of 13,000.

A Department of Justice spokeswoman said she was prohibited by law from talking about any ongoing investigation.

The evacuees from Afghanistan began arriving at Fort McCoy in western Wisconsin four weeks ago and a large number of them will soon be leaving for resettlement, Wisconsin Public Radio reported.

"The exact amount of time that a family will spend at Fort McCoy will vary from family to family. But we are now at a point at Fort McCoy where we anticipate that larger numbers of people will begin leaving the fort," said Skye Justice, the U.S. State Department’s task force leader at the base.