MILWAUKEE -- Wisconsin Lutheran College in Milwaukee honored former President George W. Bush as the inaugural recipient of the Divine Servant Award in the Time of Grace Center on the campus Friday, April 28th.

According to a news release from the college, Mr. Bush was the featured speaker at the Divine Servant Award Celebration, appearing before a crowd of more than 600 guests who had gathered to honor the former president for exemplifying the qualities of Christian servant leadership and exhibiting Christian values through his service to the United States of America as the nation's 43rd President. 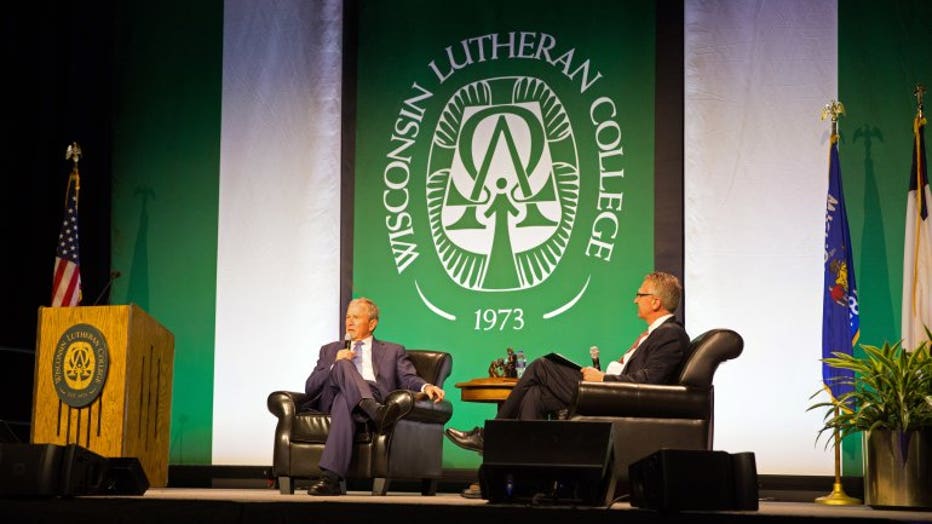 The news release says in a dialogue with WLC's president, Dr. Daniel W. Johnson, Mr. Bush reflected on his experiences in the Oval Office during a tempestuous period in America's history that included the September 11, 2001, terrorist attacks and the subsequent war on terror. The former President shared his personal gratitude for the service men and women who protect American freedoms and whose courage and valor were the impetus for the artwork in his recently released book, Portraits of Courage: A Commander in Chief's Tribute to America's Warriors. Weaving into his narrative personal reflections on the role of his faith as a Christian and a world leader, Mr. Bush's commentary vividly underscored two quotes displayed in his presidential library: "I build my life on a foundation that will not shift. My faith frees me," and "Faith changes lives. I know, because faith has changed mine." 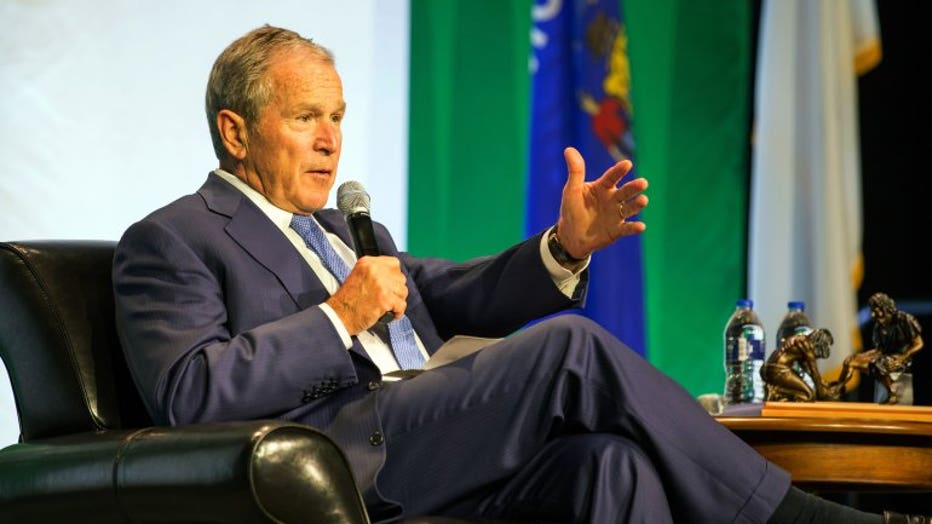 "What a historic moment for our young college as we celebrate the blessing and impact of Christian servant leadership at WLC and honor one of our nation's greatest leaders for living his faith in such an impactful and meaningful way," stated Dr. Johnson, "Mr. Bush's message was insightful, honest, and inspiring, and we left more committed than ever to lead boldly and serve passionately all while letting our faith shine."

According to the news release, Wisconsin Lutheran College is a nationally ranked Christian college in Milwaukee that serves nearly 1,200 traditional undergraduate, adult, and graduate students through its on-campus and online programming. The college, which prepares students for lives of Christian leadership, is recognized for its academic excellence and superior student experience.