SKOKIE, Illinois -- A former NFL referee is openly criticizing the call made by replacement referees at the end of the Packers - Seahawks game on Monday, September 24th.

In Monday’s game between the Green Bay Packers and Seattle Seahawks, Seattle faced a 4th-and-10 from the Green Bay 24 with eight seconds remaining in the game.

Seattle quarterback Russell Wilson threw a pass into the end zone. Several players, including Seattle wide receiver Golden Tate and Green Bay safety M.D. Jennings, jumped into the air in an attempt to catch the ball.

While the ball is in the air, Tate can be seen shoving Green Bay cornerback Sam Shields to the ground. This should have been a penalty for offensive pass interference, which would have ended the game. It was not called and is not reviewable in instant replay.

When the players hit the ground in the end zone, the officials determined that both Tate and Jennings had possession of the ball. Under the rule for simultaneous catch, the ball belongs to Tate, the offensive player. The result of the play was a touchdown.

Jerry Markbreit's resume is on his wall in Skokie, Illinois. It includes 23 years in the NFL -- including four Super Bowls. Markbreit also used to train other referees.

"The whole thing is just a publicity power play to diminish the importance of officials, in my opinion. I know the league will be very upset with me because I am one of a few people who, being free of the league, can speak my peace. I'm very disappointed in the National Football League -- extremely disappointed."

Markbreit retired from the field in 1998 and moved on to training incoming referees until 2012. He says when he refused to train the replacement refs, the NFL fired him.

"They shouldn't have asked us to train the replacements. They knew we wouldn't do it," Markbreit said.

As for Monday night in Seattle, Markbreit says the refs simply did not understand the simultaneous catch rule.

Simultaneous Catch. If a pass is caught simultaneously by two eligible opponents, and both players retain it, the ball belongs to the passers. It is not a simultaneous catch if a player gains control first and an opponent subsequently gains joint control. If the ball is muffed after simultaneous touching by two such players, all the players of the passing team become eligible to catch the loose ball.

"One man goes up, comes down with the ball, the other tries to pull it away and they both have a hold of it on the ground -- that is not a simultaneous catch," Markbreit said. 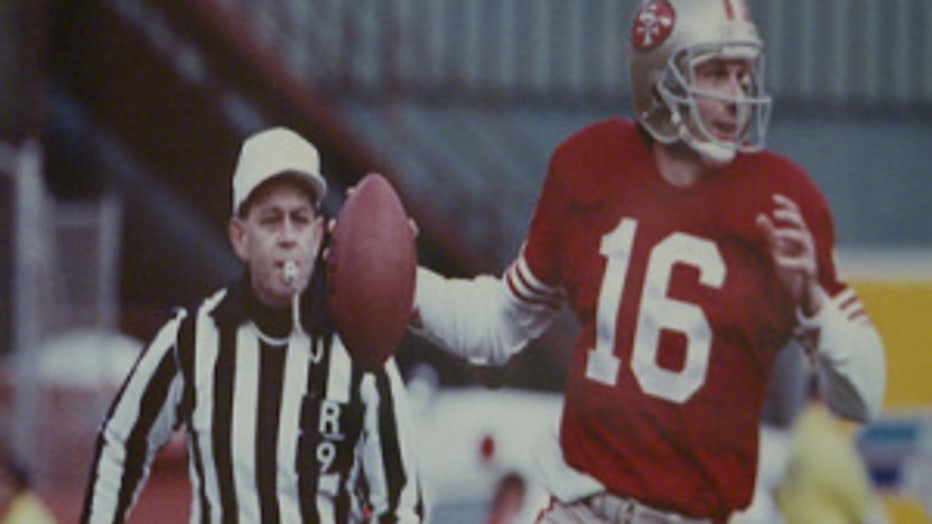 Markbreit adds, the head referee should have called for a conference in the end zone before going to the instant replay.

"And try to weed out the truth - who had the best look at it? Usually that works," Markbreit said.

Markbreit says the league is ruining the game's integrity and jeopardizing player safety.

"Some of them have three, four, five years to play and that's it. Why jeopardize that by putting imposters in when you've got guys who spent their whole adult lives officiating? That live and die with that game?" Markbreit said.

Markbreit says he officiated for 20 years before joining the NFL at 41 years old. Even then, he described his rookie season like "being in kindergarten." He says he doesn't feel bad for the replacement refs. In his opinion, they never should have crossed the picket line.

Read more about the controversy surrounding the Packers-Seahawks game-ending call by CLICKING HERE.