MILWAUKEE -- 25-year-old Dominique Heaggan-Brown — the former Milwaukee police officer accused of fatally shooting Sylville Smith on August 13th, and accused of sexual assault in a separate case appeared in court Monday, April 10th for a pre-trial hearing. During the hearing, the court denied his motion for a change of venue.

Heaggan-Brown's lawyers also withdrew their request to have the jury sequestered. A final pre-trial conference is set for June 1st.

Heaggan-Brown faces one count of first degree reckless homicide for the shooting death of Sylville Smith. 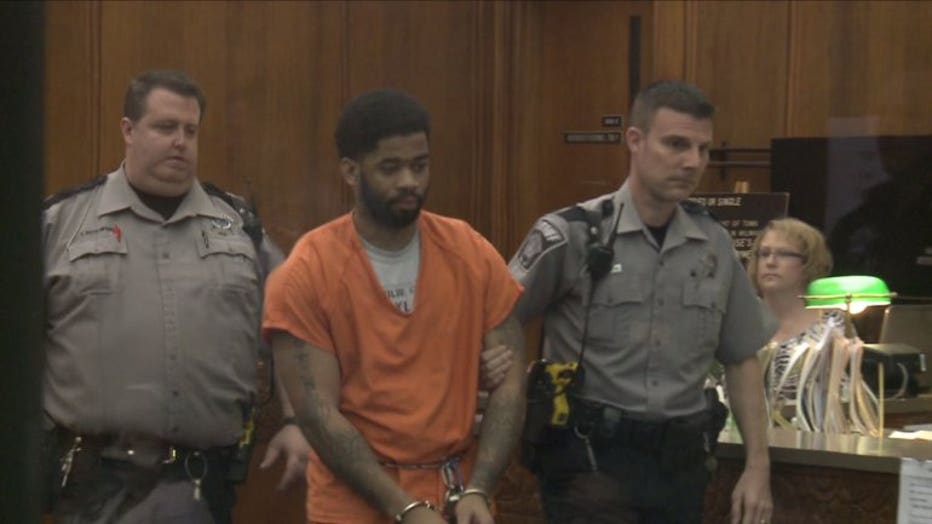 He faces several charges in the sexual assault case:

A jury trial is set to begin on June 12th in the homicide case.

A jury trial is set to begin on August 21st in the sexual assault case. 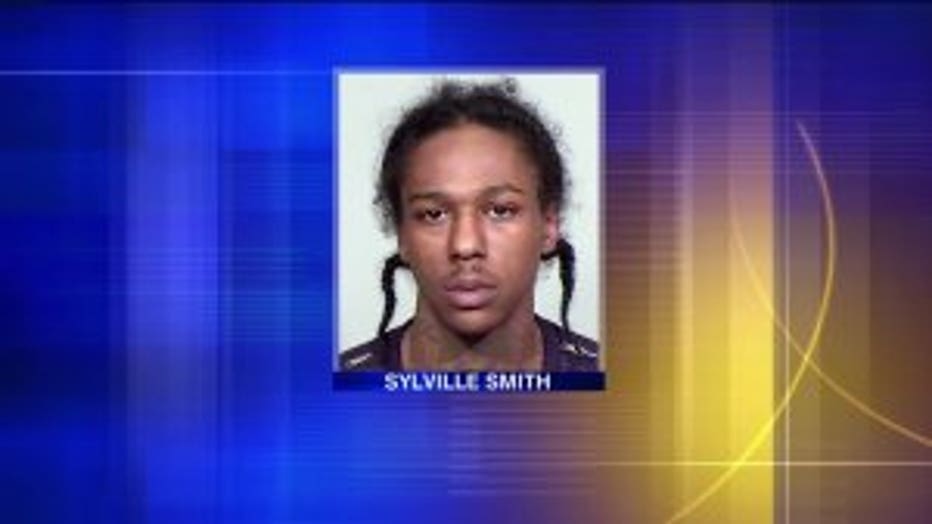 According to the criminal complaint in the homicide case, Heaggan-Brown and another officer were in the neighborhood near 44th and Auer around 3:45 p.m. on August 13th. The complaint indicates “two male subjects fled from a vehicle and were pursued” by the officers. One individual, Smith, “was armed with a semi-automatic pistol and was subsequently shot two times by P.O. Heaggan-Brown.” Smith later died from his injuries.

The complaint says both Heaggan-Brown and the second officer were wearing body cameras during this incident. A review of the body camera footage from both officers shows they pursued Smith on foot. According to the complaint, the “video shows Smith slip to the ground as he approaches a chain link fence between two houses. The video shows Smith rise back to his feet with the gun still in his right hand and Smith turns his head and upper body towards the officers. He then raises the gun upward while looking in the direction of the officers and throws the gun over the fence into the yard.” 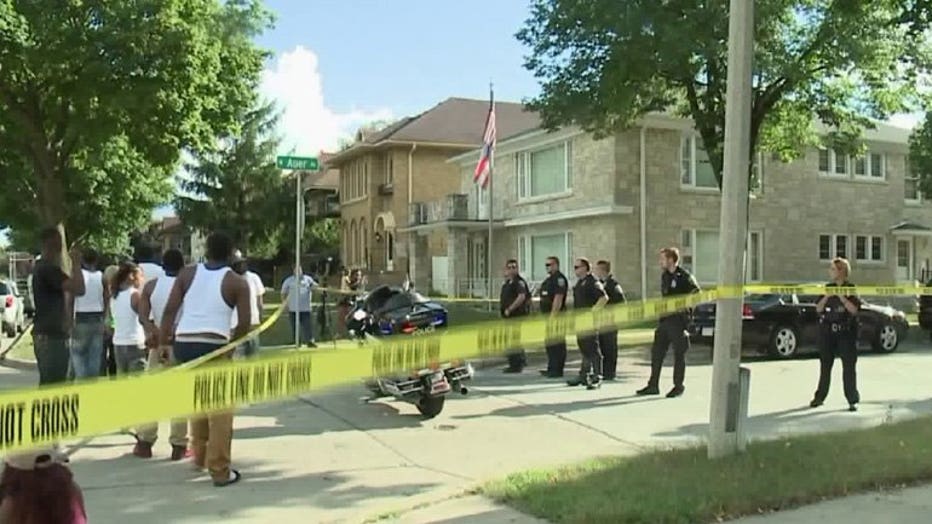 The complaint goes on to say, “while Smith raises his gun upward, P.O. Heaggan-Brown discharges one shot from his service weapon at Smith and Smith falls to the ground on his back.” After going to the ground, Smith was unarmed.

According to the criminal complaint, the body camera video “shows Smith falls to his back, with his legs and arms going up towards his head in what appears to be a half backwards roll. P.O. Heaggan-Brown is observed standing a short distance from Smith with his weapon pointed down at Smith when Heaggan-Brown discharges a second shot from his weapon at what appears to be Smith’s chest.”

A review of the body camera video “confirms that at the time of the second shot, Smith was unarmed and had his hands near his head.” 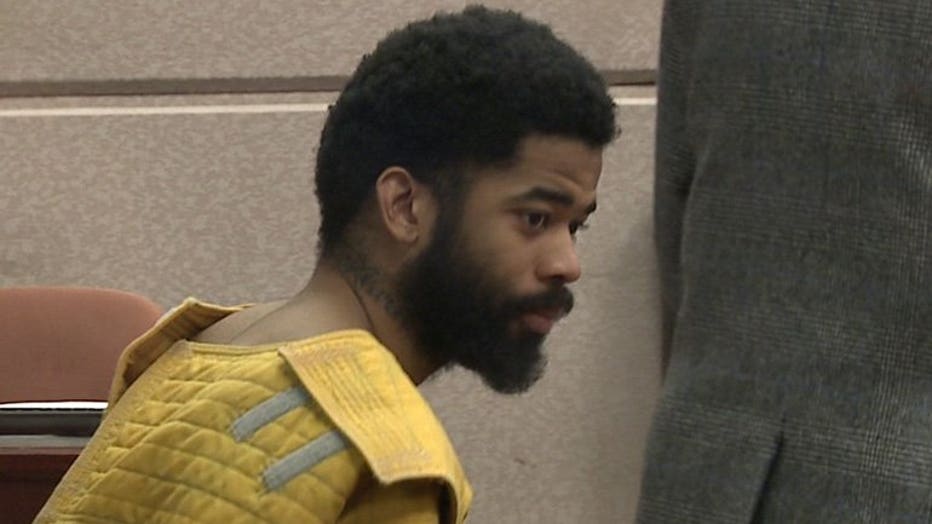 The complaint says the “elapsed time between the discharge of the first shot and the second shot by P.O. Heaggan-Brown was determined to be 1.69 seconds.”

Heaggan-Brown was interviewed regarding the incident with Smith. The complaint says Heaggan-Brown says he “fired once at which time he observed the pistol fly out of Smith’s hands and over the fence into the backyard of the residence. Smith then fell to the ground and Heaggan-Brown believed he was reaching for his waist so he discharged his weapon a second time.” A review of the body camera footage “shows that at no time after the shooting did Heaggan-Brown or any other officer search Smith for a second firearm.” 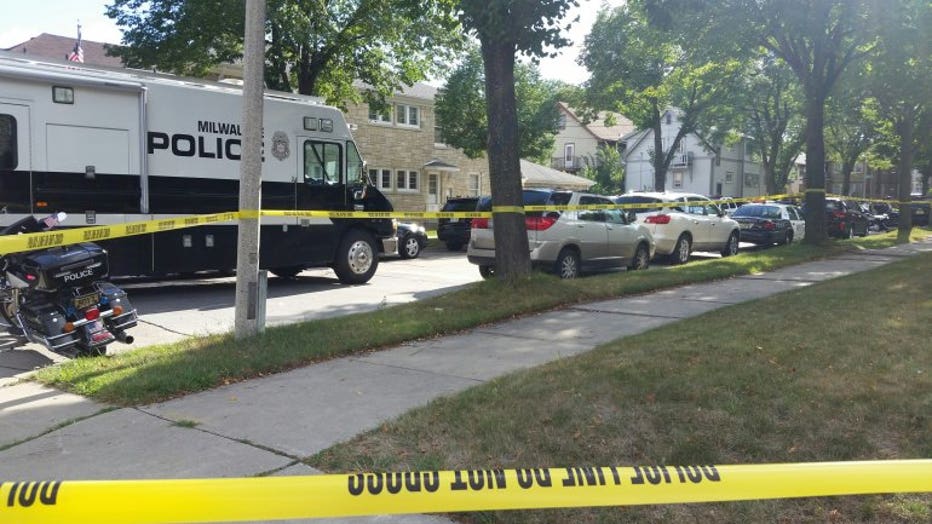 According to MPD, the termination was the result of a Milwaukee Police Department Internal Affairs investigation related to the criminal complaint filed against him on October 20th — accusing him of sexual assault.

“Department members shall obey local ordinances and state and federal laws, whether on or off-duty” and “whether on or off duty, department members shall not behave in such a way that a reasonable person would expect that discredit could be brought upon the department, or that it would create the appearance of impropriety or corruptive behavior,” according to a statement from MPD officials.

According to a criminal complaint, on August 15th, two days after the shooting of Sylville Smith, a victim reported to Milwaukee police he had been sexually assaulted by Heaggan-Brown while off-duty. An investigation, conducted by MPD’s Internal Affairs Division and Sensitive Crimes Division, resulted in the criminal complaint filed by the Milwaukee County District Attorney’s Office. MPD’s investigation revealed additional allegations, resulting in added charges.

On August 14th, Heaggan-Brown and the victim went to a bar. They “sat and watched television, as coverage of the Sherman Park protests aired.” The victim told police he “had difficulty remembering what transpired after (the victim) left the bar with the defendant.” He did recall waking up to the defendant attempting inappropriate sexual acts on him. The victim also told police he “felt drugged.”

On August 15th, after Heaggan-Brown took that victim to the hospital, the complaint indicates he reached out to a City of Milwaukee police sergeant — a mentor of his. A text message from Heaggan-Brown to the sergeant reads as follows:

“Not so good got a separate situation. Need your help big time…But need to handle this the most secret and right way possible.”

After an interview with investigators, police went through Heaggan-Brown’s phone. They found messages with two other individuals who told police Heaggan-Brown offered them money for sex. One said it happened on eight or nine separate occasions — the other three of four different times.

There is also an excessive force lawsuit that has been filed against two MPD officers, including Heaggan-Brown.

The lawsuit states back on April 15th, Heaggan-Brown and another officer violated the plaintiff’s constitutional rights.